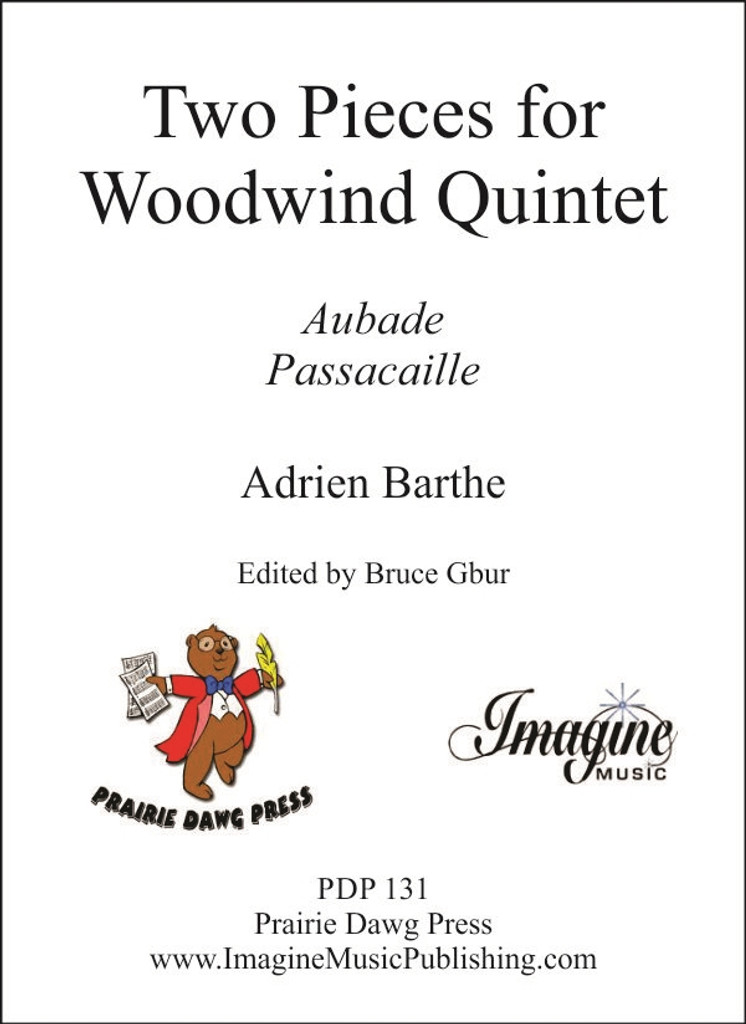 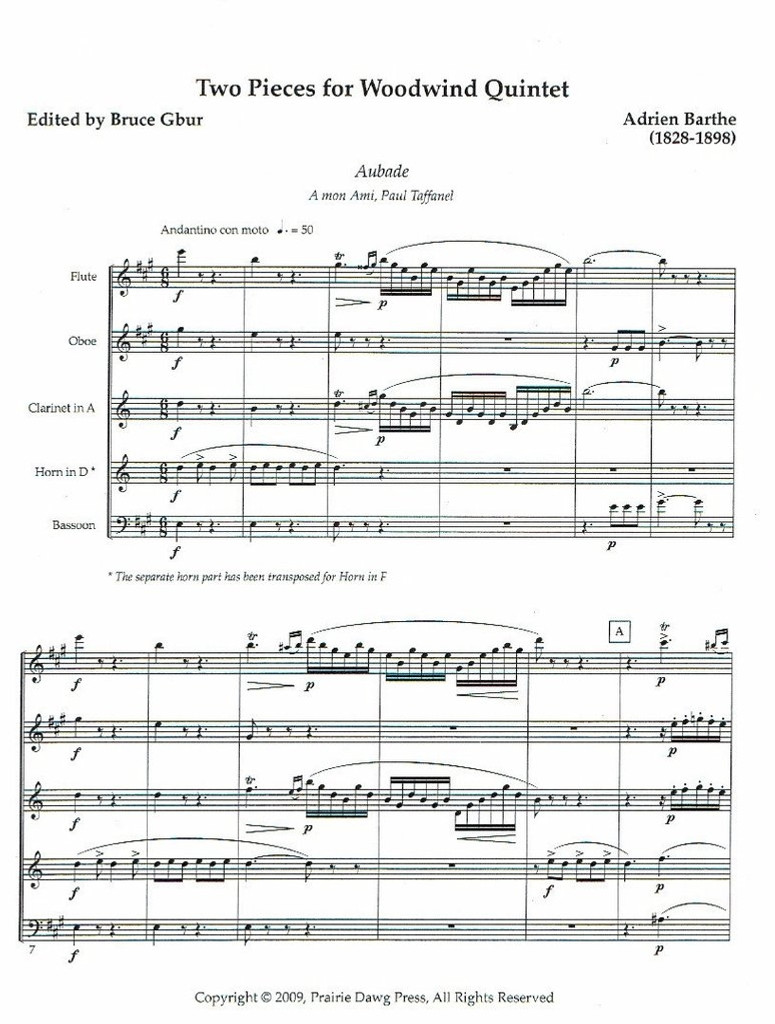 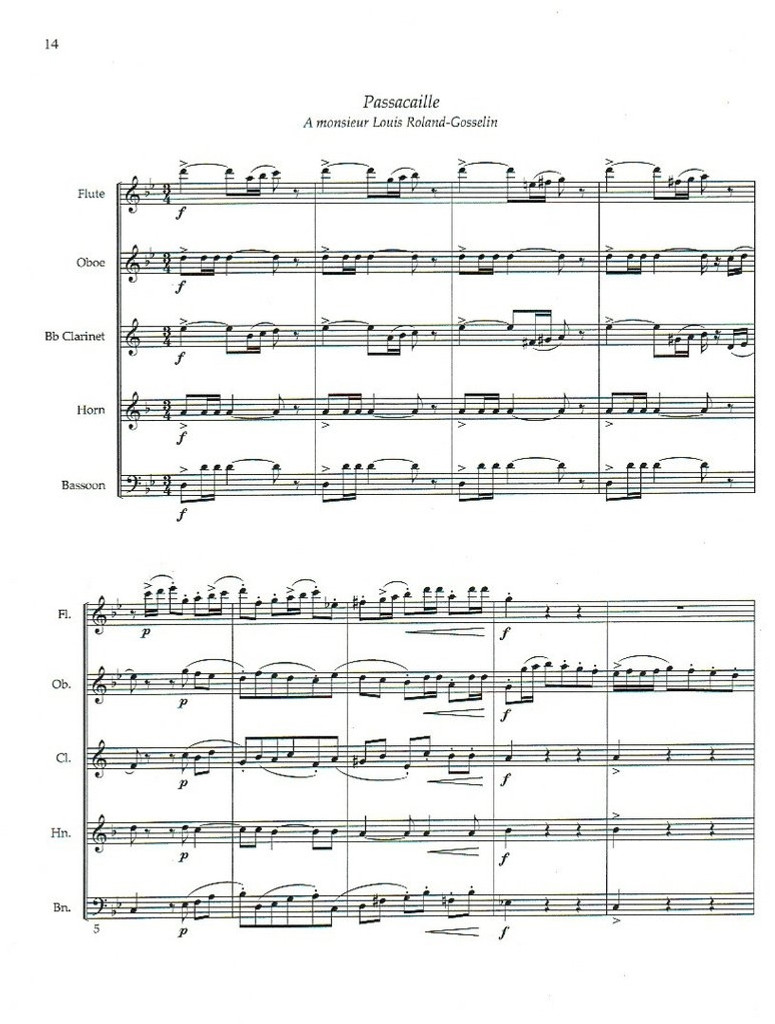 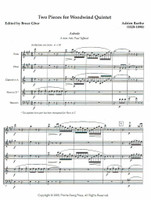 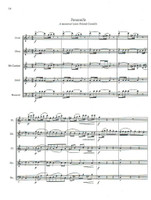 For Woodwind Quintet
By Barthe.

It is not generally known that Barthe composed two pieces for woodwind quintet-the ubiquitous Passacaille and a charming Aubade. Both of these compositions were published in 1899, a year after the composer's death. Although the two compliment each other, they were not necessarily meant to be a set. Each bears a dedication to a friend or colleague of Barthe'_s-the Aubade to Louis Roland-Gosselin and the Passacaille to flutist Paul Taffanel-and was issued by a different publisher. The Passacaille has been reprinted in several different editions over the years, most notably as part of a collection of quintets known to ensembles as the Red, Yellow, or Orange Books, depending on.the age of the players. An unusual point of interest is that in the original publication the Passacaille does not have any kind of tempo indication. The Aubade has languished in undeserved obscurity and this edition is the first time the piece has been reissued in one hundred years. The original edition contained several pitch mistakes and a plethora of articulation and dynamic discrepancies which now have been reconciled.

The Aubade uses Clarinet in A and the Passacaille Clarinet in B-flat. The Aubade originally calls for Hom in D and that is the notation in the score; the part has been transposed for Horn in F.

To the West Wind