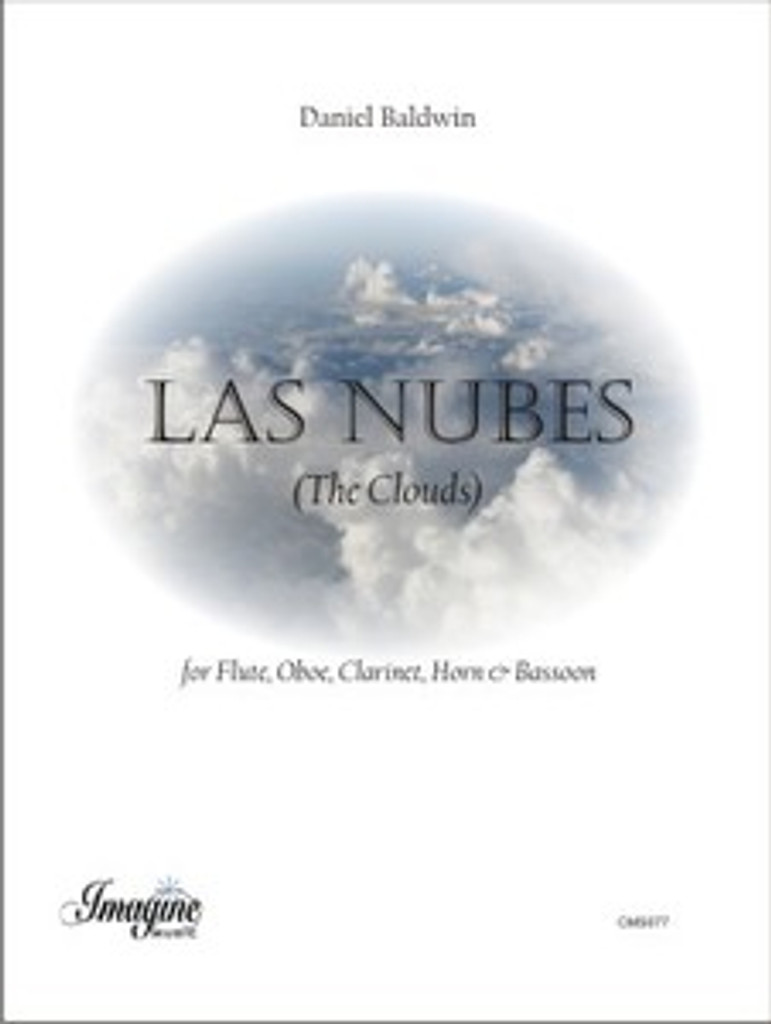 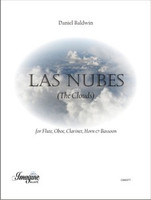 By Daniel Baldwin
Composer's Notes...
This was a project that almost never came to fruition. It was originally supposed to be an extended movement work for woodwind quartet (flute, clarinet, horn, and bassoon) for a university faculty ensemble. Well, when I got to the piece, I attempted repeatedly to contact the group with no success. After about a year of trying with no response, I was ready to scrap the project. About that time, Ric Jones, the owner of Imagine Music, and I had been making plans to organize a recital of his published double reed music at the IDRS Conference 2007 in Ithaca, NY. Ric had known of this project and made the suggestion of having me go ahead and write the piece for this performance and we agreed, because of this, that the instrumentation should be expanded to include oboe. I’m very grateful to Ric for his forward thinking and generous enthusiasm for my music. This piece would not exist if not for him.

The idea for "Las Nubes", Spanish for “The Clouds”, was conceived on a flight to the premiere of another piece. There was heavy cloud cover below and I remember just marveling at the different shapes, colors, and moods created by the cloud formations. This is just my musical representation of what I felt while soaring the skies.