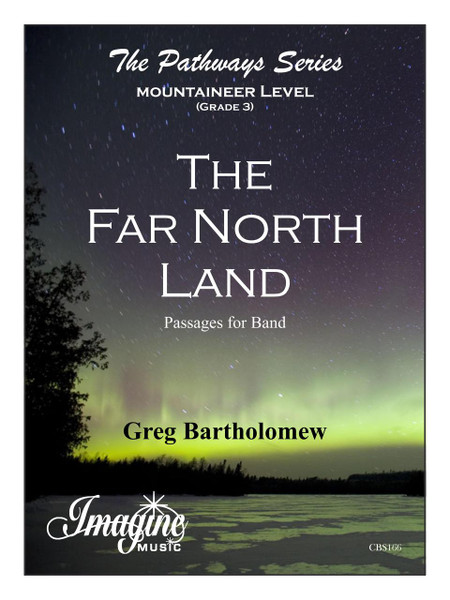 For Concert Band
By Greg Bartholomew

It’s the Far North Land that’s a-calling me away,
as take I with my pack sack to the road.
It’s the call on me of the forest in the North,
as step I with the sunlight for my load.
By Lake Duncan and Clear Water to the Bear Skin I will go,
where you see the loon and hear its plaintive wail.
If you’re thinking in your inner heart I swagger in my step,
you’ve never been along the Border Trail.

My father enjoyed singing, particularly when the family went on road trips. One of our favorite songs that he sang was “The Far North Land.” Several years ago, my sister recorded our father singing this song for use on the soundtrack of one of her movies. Years later I transcribed the song from that recording and used it as the foundation for this piece. My aunts tell me they recall my father singing this song when he was a boy growing up in Minnesota, and that they referred to it as “Fletch’s song.” It was only while working on this piece that I discovered that Duncan, Clear Water and Bear Skin are actual lakes in the border lakes region where Minnesota meets Canada.

The original arrangement, for string quartet, was premiered by the OdeonQuartet on October 21, 2003, at Seattle’s Town Hall.

For more information about the composer, visit gregbartholomew.com.

The March Past of the National Fencibles