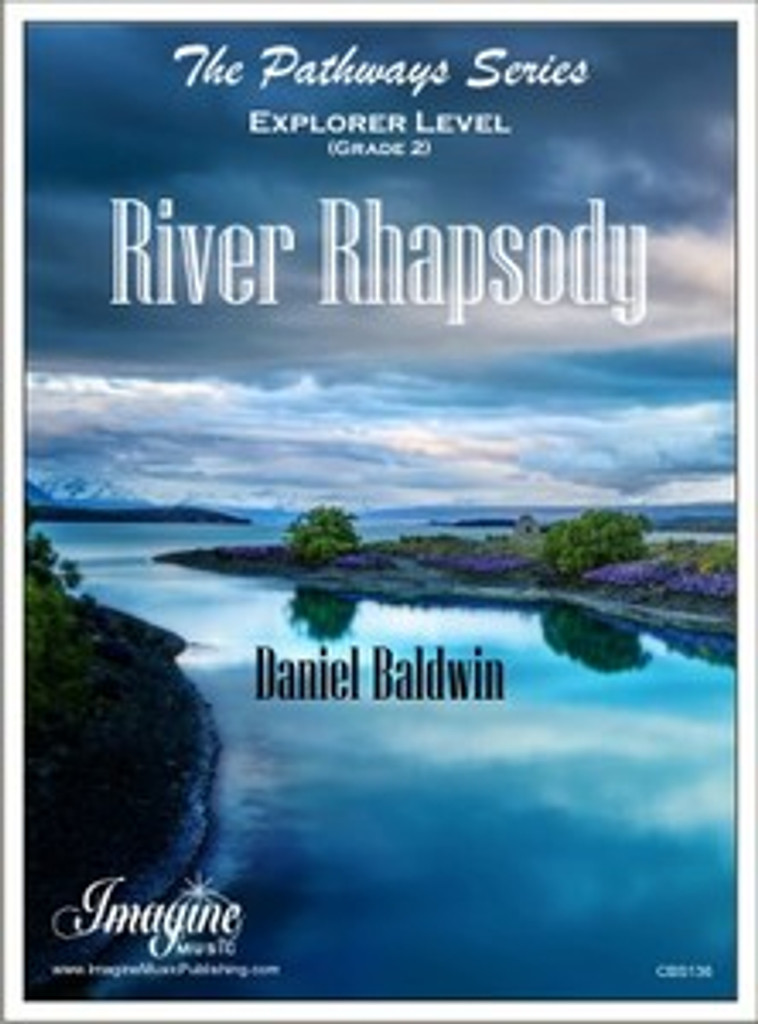 For Band (Grade 2)
By Daniel Baldwin

Composer's Notes:
River Rhapsody for band was originally written as a piece for youth string orchestra at the request of my son, Brett. He wanted a piece from me for his sixth grade orchestra. His instructor approved the commission, but, to my knowledge, never programmed the piece. Later that same year, I was approached by Jim McAllister,
director of bands at Garden City Community College, for literature recommendations for his sixth grade honor band. I volunteered to rescore this piece for band. It was premiered by the 6th grade honor band at Garden City Community College in February of 2011 with Don Linn conducting.

The piece is in two movements (an excellent introduction to multi movement compositions) with each of the two movements being progressive, meaning the second is a bit more difficult than the first. The first movement, “River Song,” is an original folk song with beautiful harmonies and melodies. This is a wonderful way to
introduce minor key to your ensemble. The second movement, “River Dance,” is a rhythmic barn dance framing a lyrical chorale section. This movement is in the more comfortable key of B-flat and serves as an excellent introduction to syncopation.