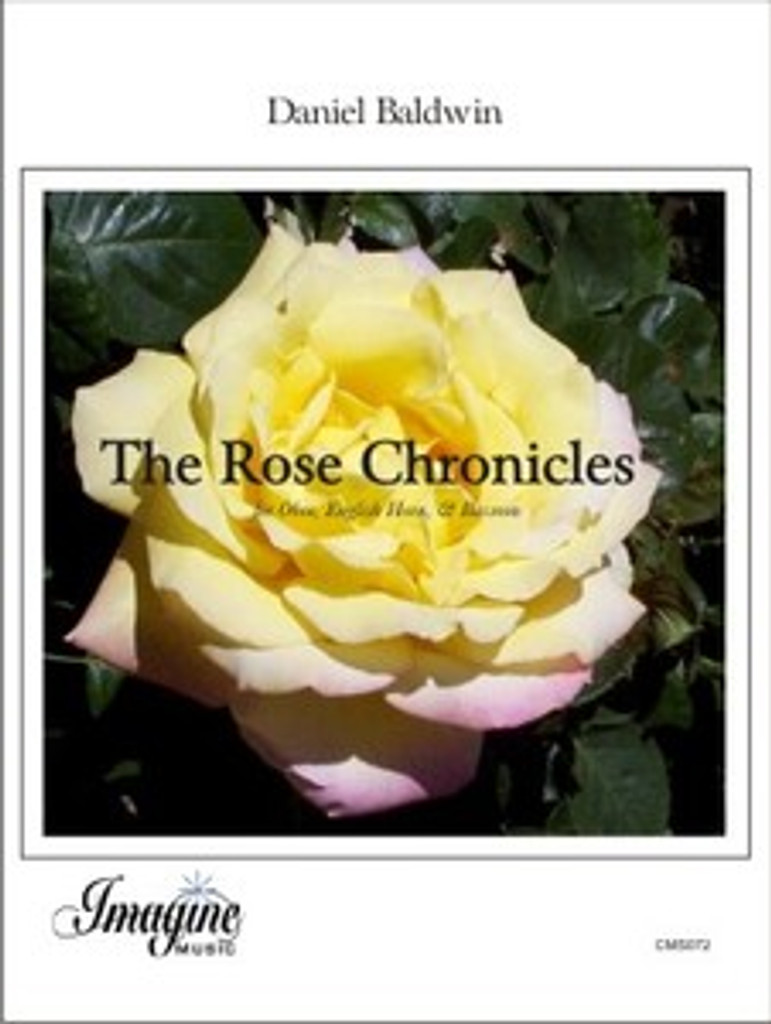 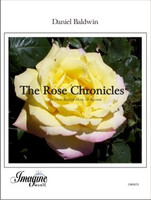 "The Rose Chronicles” is loosely based on four poems by my father, Leslie L. Baldwin, Jr. Many of his poems are very impressionistic in style and this was the approach I took at setting his poems. Instead of setting the poems based on the text, the music is a reflection of the emotions that each poem brought out in me.
The first movement, Opening of a Rose, is by turns contemplative, playful, and dramatic. There is a sense of grandeur that pervades this movement.
Movement two, Reaching the Rose, begins with a nice pastoral english horn solo and duet with the oboe which fade into a dramatic tune that is both reflective and somber. Some playful moments interupt momentarily, but quickly return to the dramatic and melancholy statements.
The Rose’s Call is a rip roaring rondo Irish folk dance that frames both lyrical solos and duets accompanied by gently pulsating chords and a beautifully lyrical chorale section.
The finale, Roses Movin’ In, starts off with a series of dark and dramatic syncopated statements that give way to a brilliant succession of playfully syncopated chords based on a repeated rhythmic motif. This gives way to one last lovely chorale which leads to an impressive finish.

“The Rose Chronicles” was commissioned by, and is gratefully dedicated to, The Pear Tree Trio, who premiered the piece on July 27, 2006 at the 35th International Double Reed Conference at Ball State University in Muncie, Indiana.

OPENING OF A ROSE