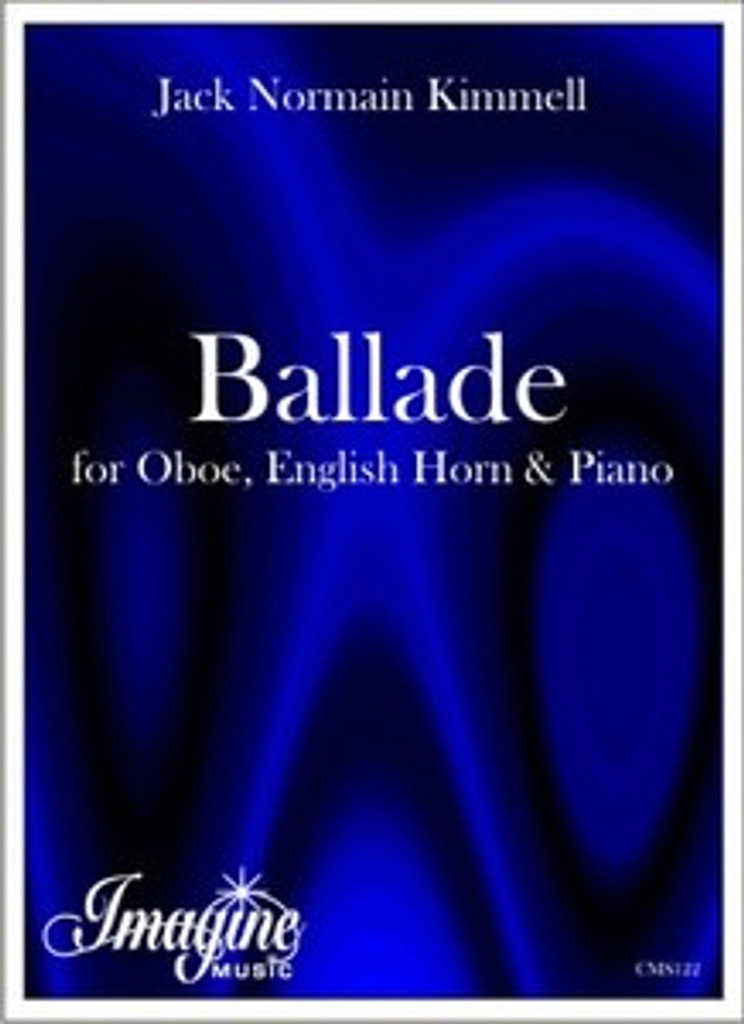 Composer’s Notes
My “Ballade for Oboe, English Horn and Piano” was written, some years ago, originally for French horn instead of English horn, then was rewritten for English horn as a commission to be performed at the Public Museum in Grand Rapids, Michigan. Since it was a new piece, it was decided it would be played twice on the same program. (Good idea for new compositions).

In 2011, Professor Althea Waites, of the University of California in Long Beach, and a classical pianist, wanted to perform it in a concert with her two associates. I found my copy and decided to recompose it again. It was performed with great success at the college in May of 2011.

The piece is approximately six minutes long and is quite contrapuntal and basically atonal, but is not twelve tonal as Schoenberg or Alban Berg. The keys signatures in the piece are only there to make reading easier.

The recording of May 2011 in California led to this publication by Imagine Music Publishing.