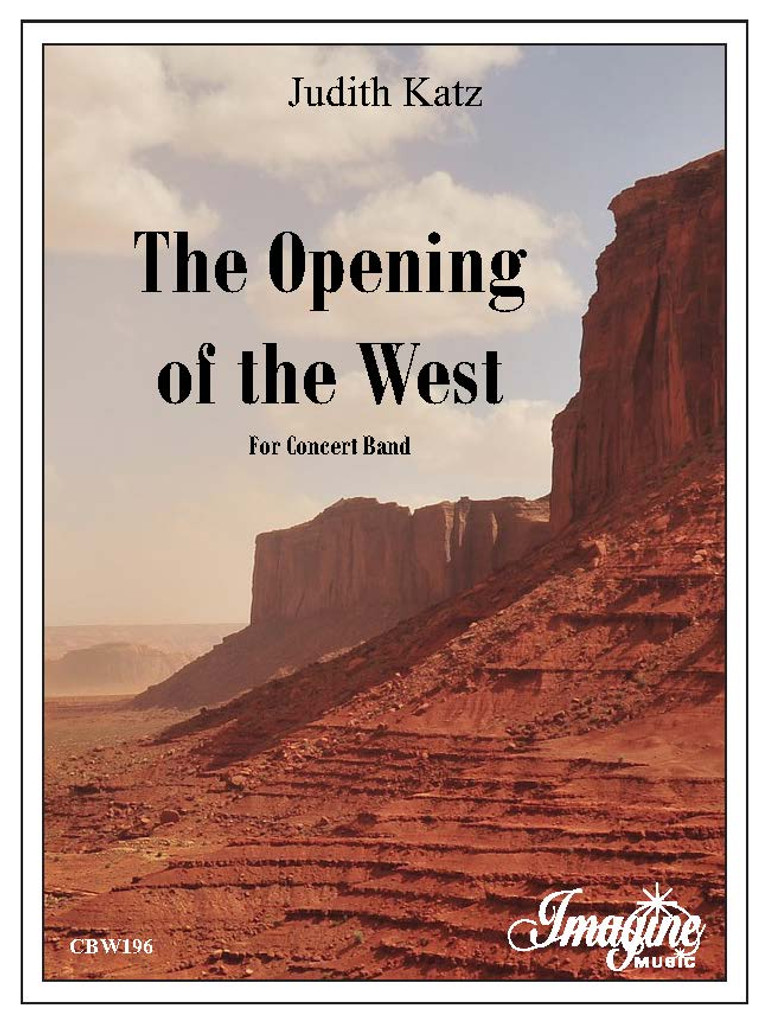 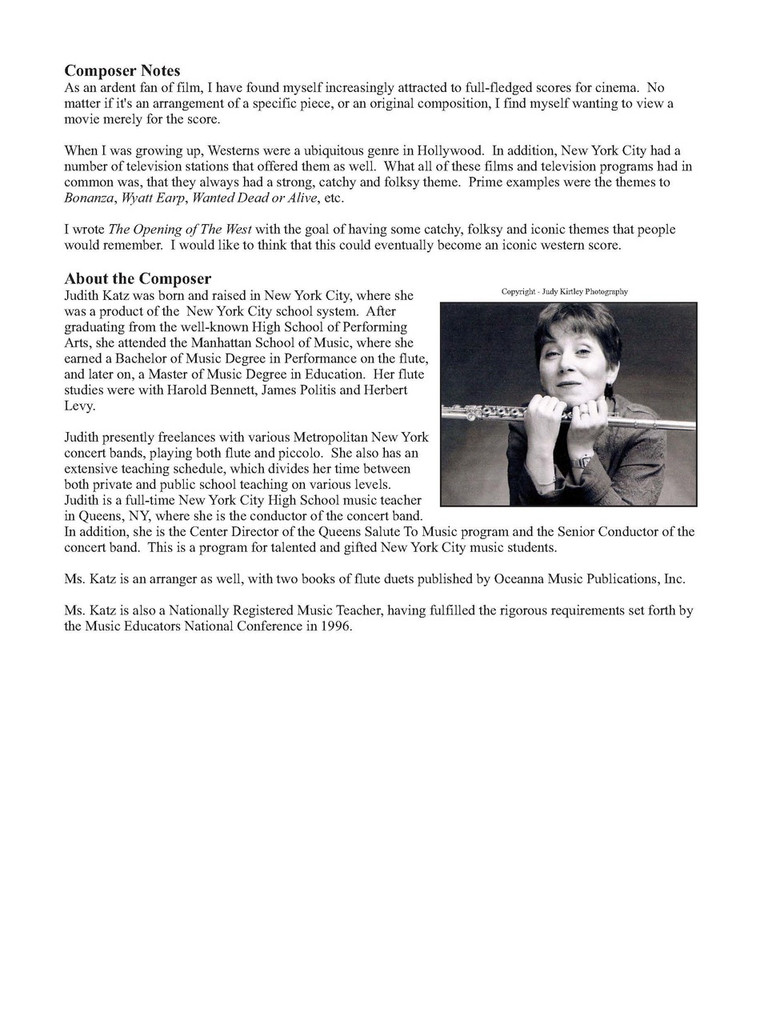 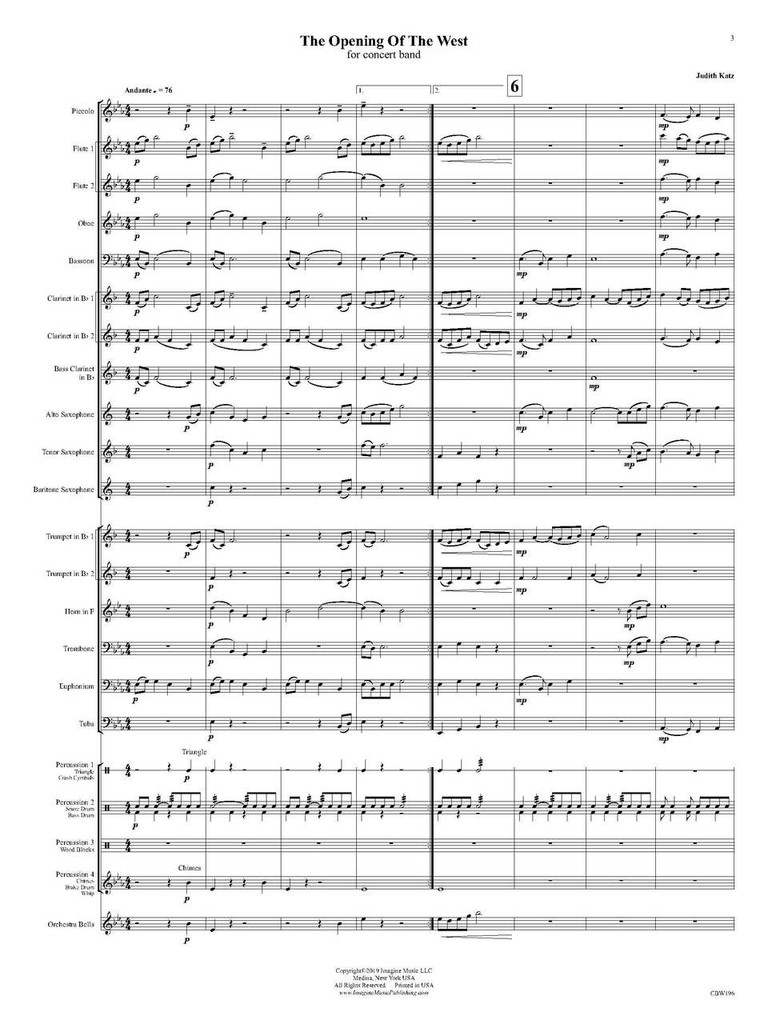 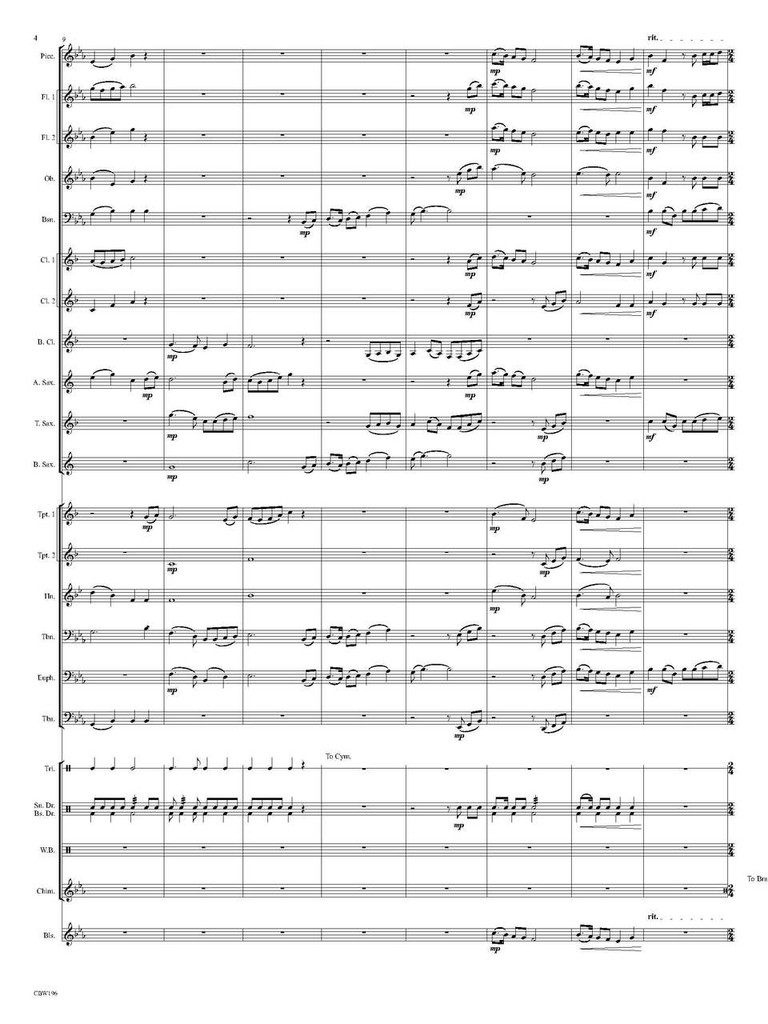 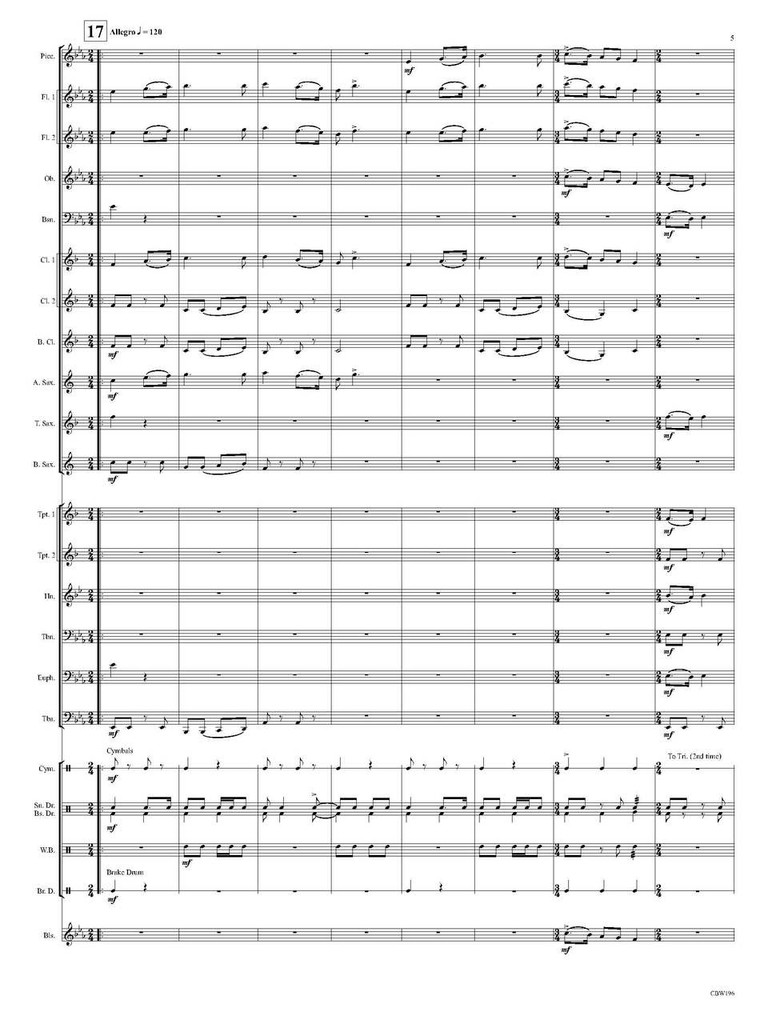 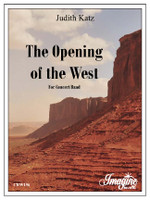 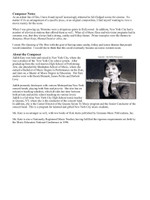 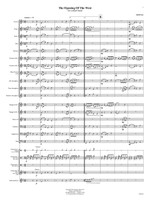 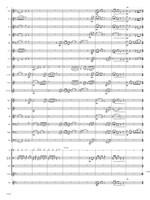 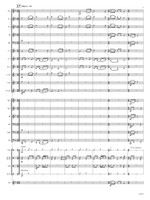 As an ardent fan of film, I have found myself increasingly attracted to full-fledged scores for cinema. No matter if it's an arrangement of a specific piece, or an original composition, I find myself wanting to view a movie merely for the score.

When I was growing up, Westerns were a ubiquitous genre in Hollywood. In addition, New York City had a number of television stations that offered them as well. What all of these films and television programs had in common was, that they always had a strong, catchy and folksy theme. Prime examples were the themes to Bonanza, Wyatt Earp, Wanted Dead or Alive, etc.

I wrote The Opening of The West with the goal of having some catchy, folksy and iconic themes that people would remember. I would like to think that this could eventually become an iconic western score.