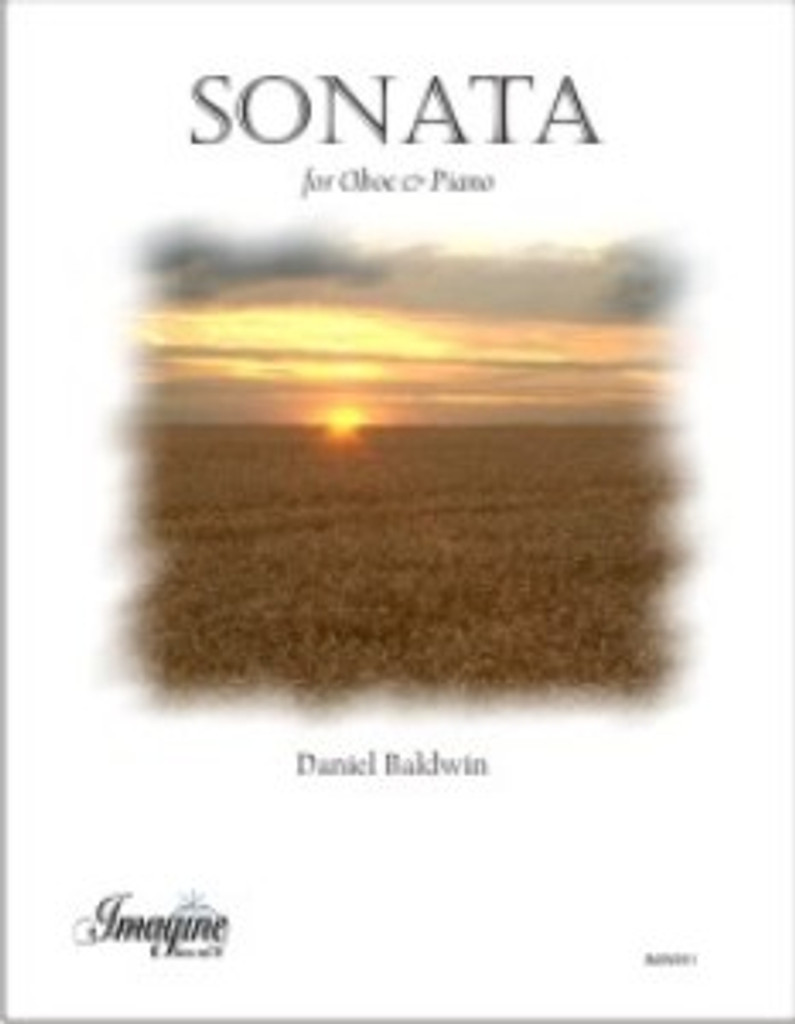 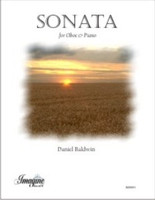 By Daniel Baldwin.
For Oboe & Piano.

Composer's Notes
In 2005, I had the privilege of attending a recital in Milwaukee where Heidi Huseman Dewally was performing my Song of Praise for English horn and Piano. I was so taken with how beautifully she performed the piece that I struck up a conversation with her afterwards. I discovered she was in the planning stages for a project that would feature music from her roots. When we learned that we were both Oklahoma natives, the idea for this Sonata was born.

The first movement, “Prairie Song”, is set in a loose sonata allegro form. The dramatic introduction coveys the image of a person standing in a wide open field of grass, staring off into the horizon at a spectacular sunrise. The movement unfolds into a gorgeous landscape of colors and melodies. Sometimes sweeping and grand, sometimes playful, sometimes reflective, but always reflective of the sheer beauty of the Great Plains.

In movement two, “Trail of Tears”, I decided upon a different approach. While other musical depictions of this dark chapter of American history are reflective in nature, I decided to make my version more from the perspective the American Indians. Fear, doubt, uncertainty, and sadness are the emotions I hope to have captured in this movement.

The final movement, “Spirit of the Heartland”, is a joyous affirmation of life, compelling the listener with its beautiful melodies, sweeping piano lines and, if you listen closely, a final Native American dance that sweeps one back into the open field, gazing off into a breathtaking Oklahoma sunset, and feeling nothing but an unparalleled sense of peace as the sun fades into the horizon.

Sonata for Oboe and Piano was commissioned by and is gratefully dedicated to my friend Heidi Huseman Dewally.

A recording of this piece and other Daniel Baldwin Pieces performed by Heidi Huseman DeWalley is available here.

Three Pieces for Oboe and Piano