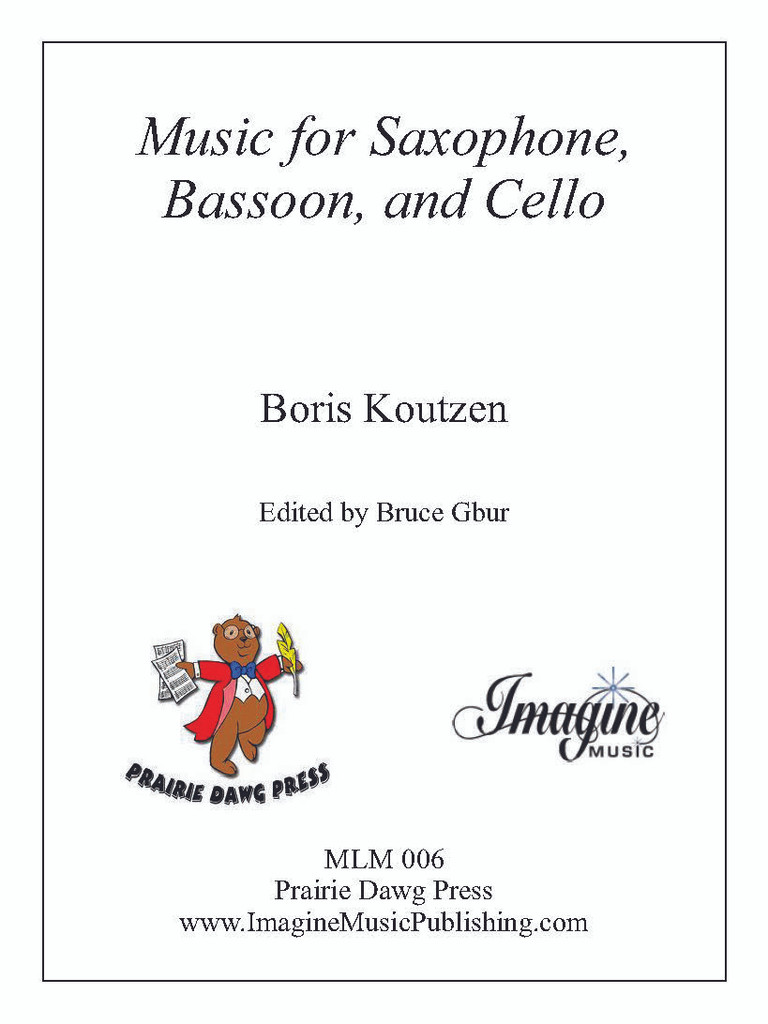 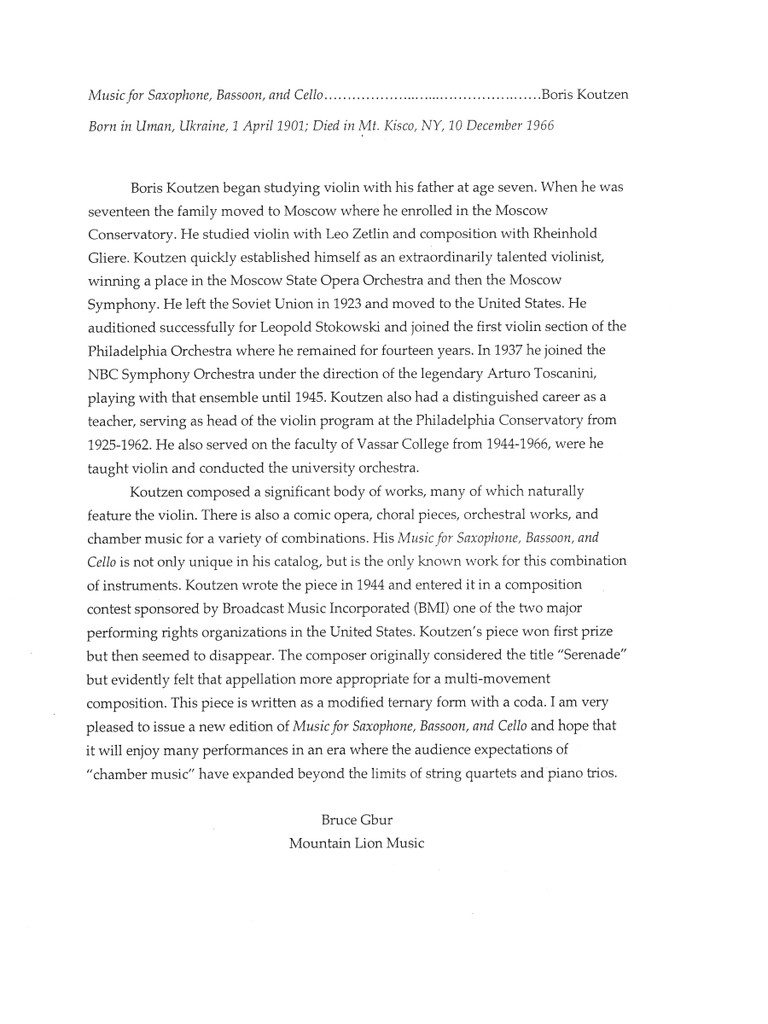 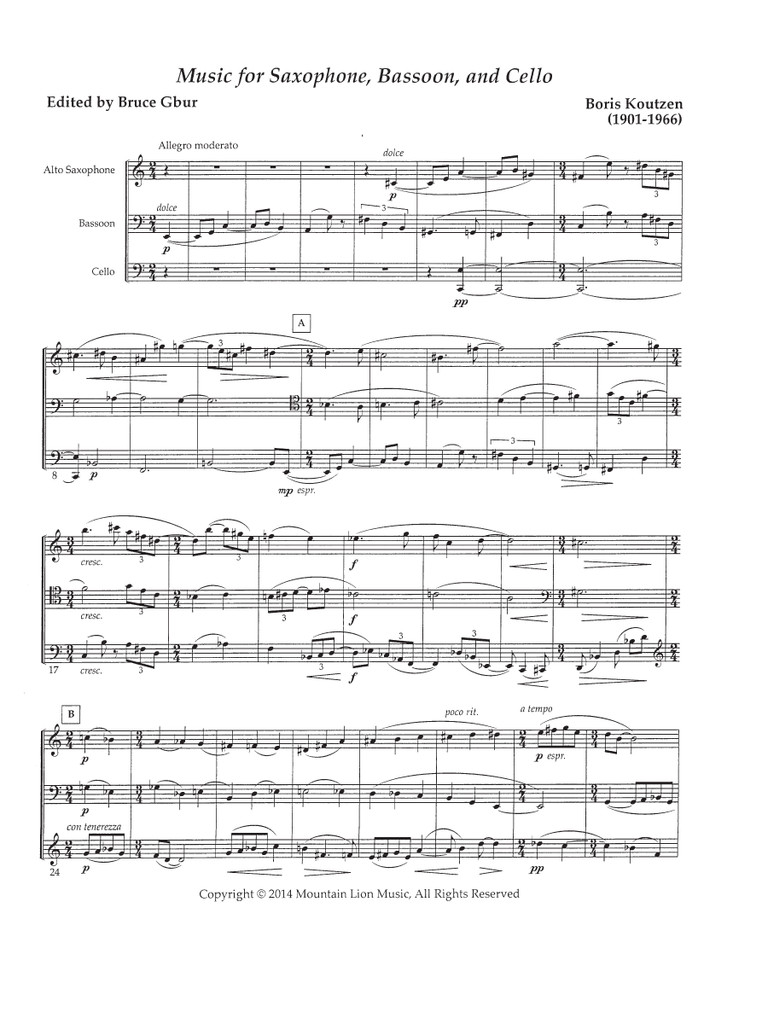 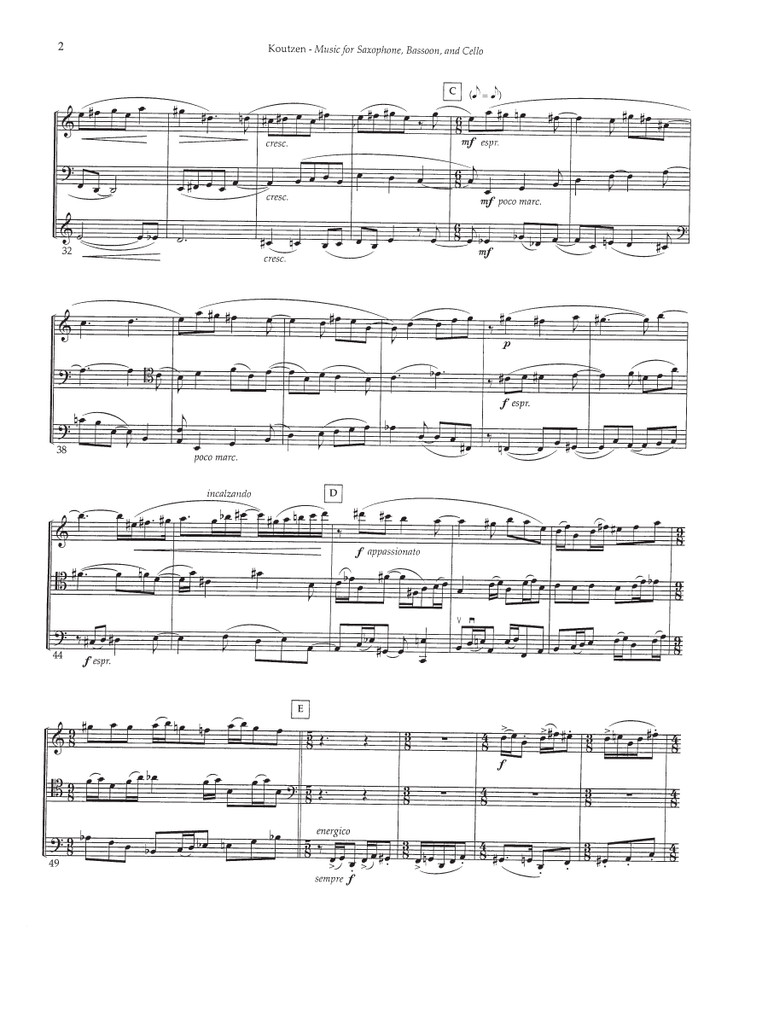 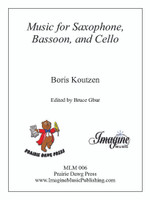 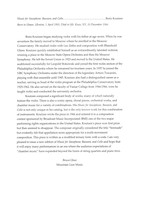 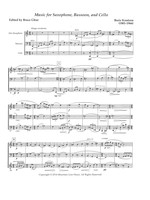 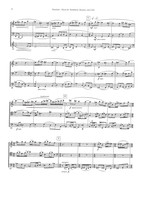 Boris Koutzen began studying violin with his father at age seven. When he was seventeen the family moved to Moscow where he enrolled in the Moscow Conservatory. He studied violin with Leo Zetlin and composition with Rheinhold Gliere. Koutzen quickly established himself as an extraordinarily talented violinist, winning a place in the Moscow State Opera Orchestra and then the Moscow Symphony. He left the Soviet Union in 1923 and moved to the United States. He auditioned successfully for Leopold Stokowski and joined the first violin section of the Philadelphia Orchestra where he remained for fourteen years. In 1937 he joined the NBC Symphony Orchestra under the direction of the legendary Arturo Toscanini, playing with that ensemble until 1945. Koutzen also had a distinguished career as a teacher, serving as head of the violin program at the Philadelphia Conservatory from 1925-1962. He also served on the faculty of Vassar College from 1944-1966, were he taught violin and conducted the university orchestra.

Koutzen composed a significant body of works, many of which naturally feature the violin. There is also a comic opera, choral pieces, orchestral works, and chamber music for a variety of combinations. His Music for Saxophone, Bassoon, and Cello is not only unique in his catalog, but is the only known work for this combination of instruments. Koutzen wrote the piece in 1944 and entered it in a composition contest sponsored by Broadcast Music Incorporated (BMI) one of the two major performing rights organizations in the United States. Koutzen's piece won first prize but then seemed to disappear. The composer originally considered the title "Serenade" but evidently felt that appellation more appropriate for a multi-movement composition. This piece is written as a modified ternary form with a coda. I am very pleased to issue a new edition of Music for Saxophone, Bassoon, and Cello and hope that it will enjoy many performances in an era where the audience expectations of  "chamber music" have expanded beyond the limits of string quartets and piano trios.