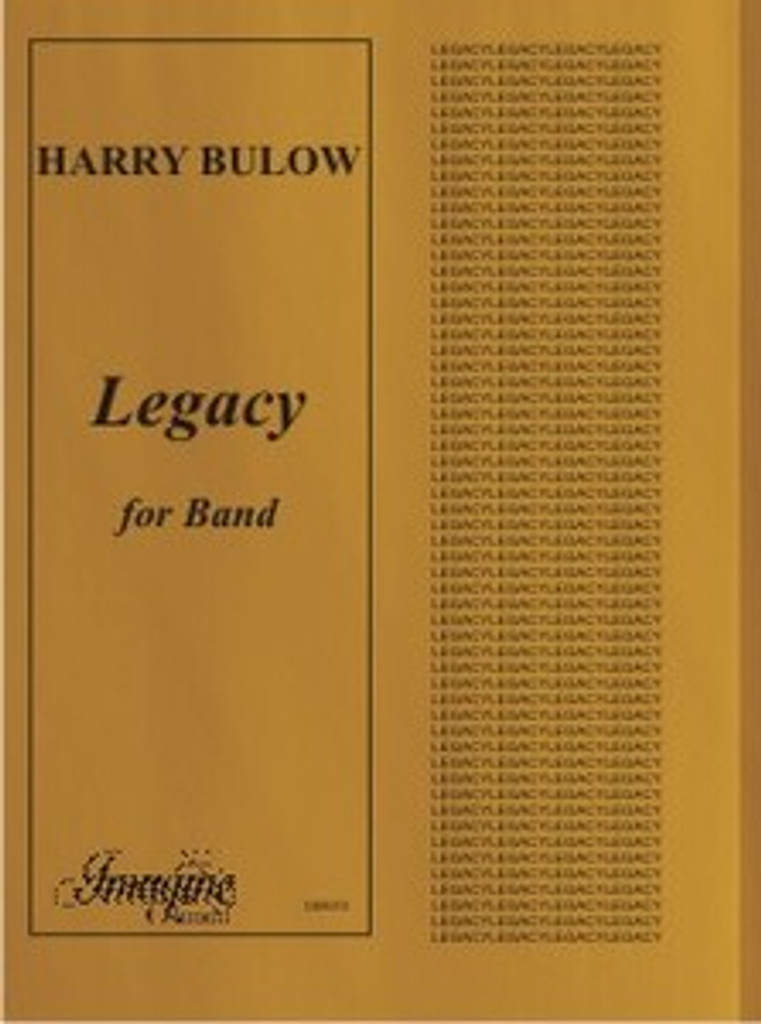 by Harry Bulow.
Legacy for Band was commissioned by the North Hunterdon High School Band in memory of Eric Kavin.  The work reflects upon the death of a father and his impact on family, friends and the community.  The composer in reflecting upon this commission decided to write a composition that spoke to a life’s work rather than the fact of one’s death.  Being a father himself, the composer sought not to dwell upon the darkness of death, but on the influence that the father’s life had upon those who knew and loved him.  In this sense, the piece speaks to what is left behind in lasting values.  The work consists of a number of sections, each represented by a certain quality of disposition or personality.  One may decide to announce these qualities as they appear at certain moments during the piece.
The sections and traits are listed in the order that they appear in the composition.
Andante

The composer was encouraged to write a traditional work for band that was chorale based and ended triumphantly.  For this reason, the piece is cast in the Neoclassical style and uses the chorale tune, To You, O Lord, written by the composer as its primary source material.

At the Foothills of the Adirondacks