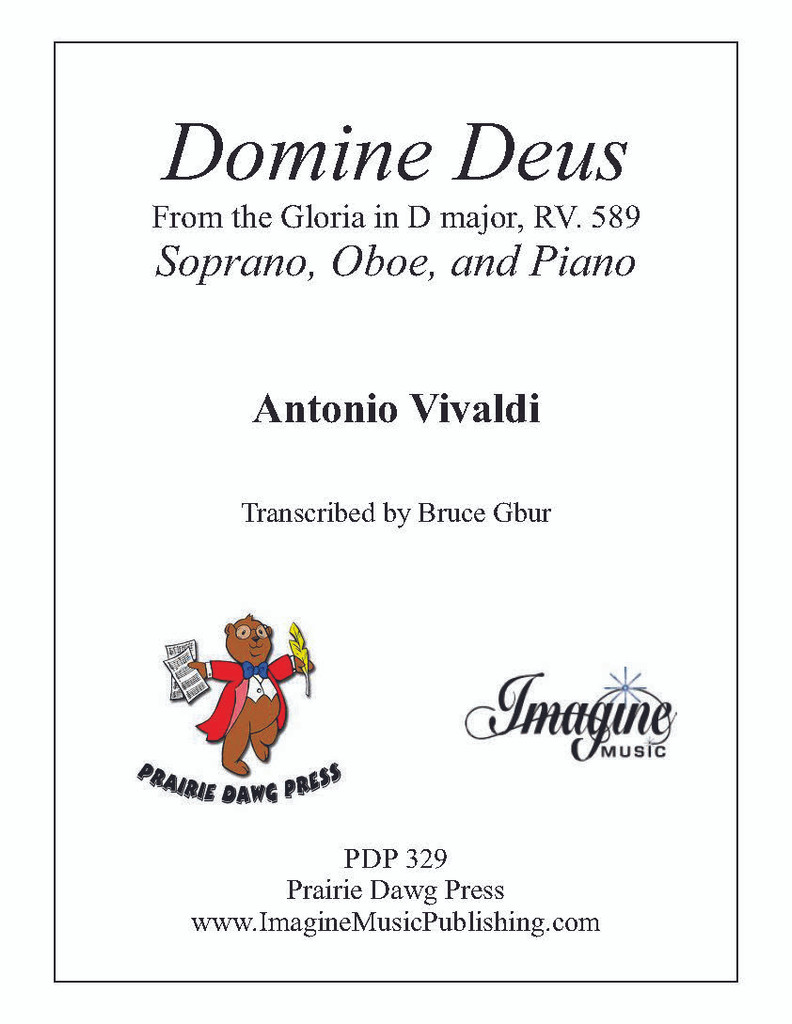 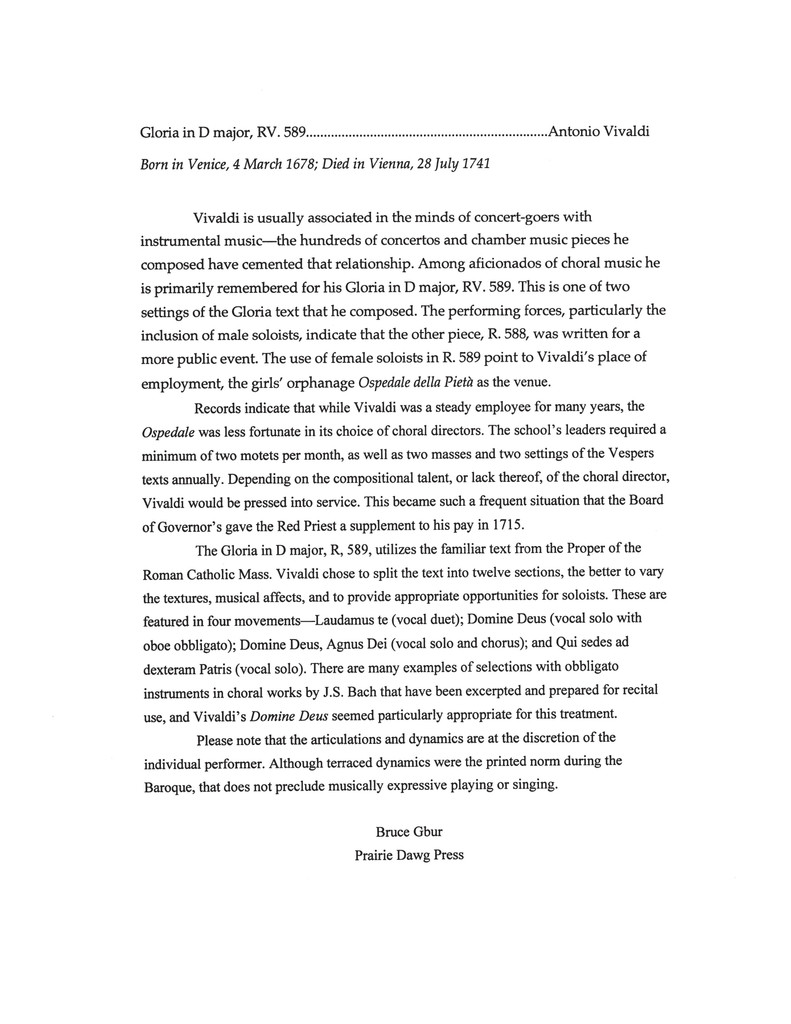 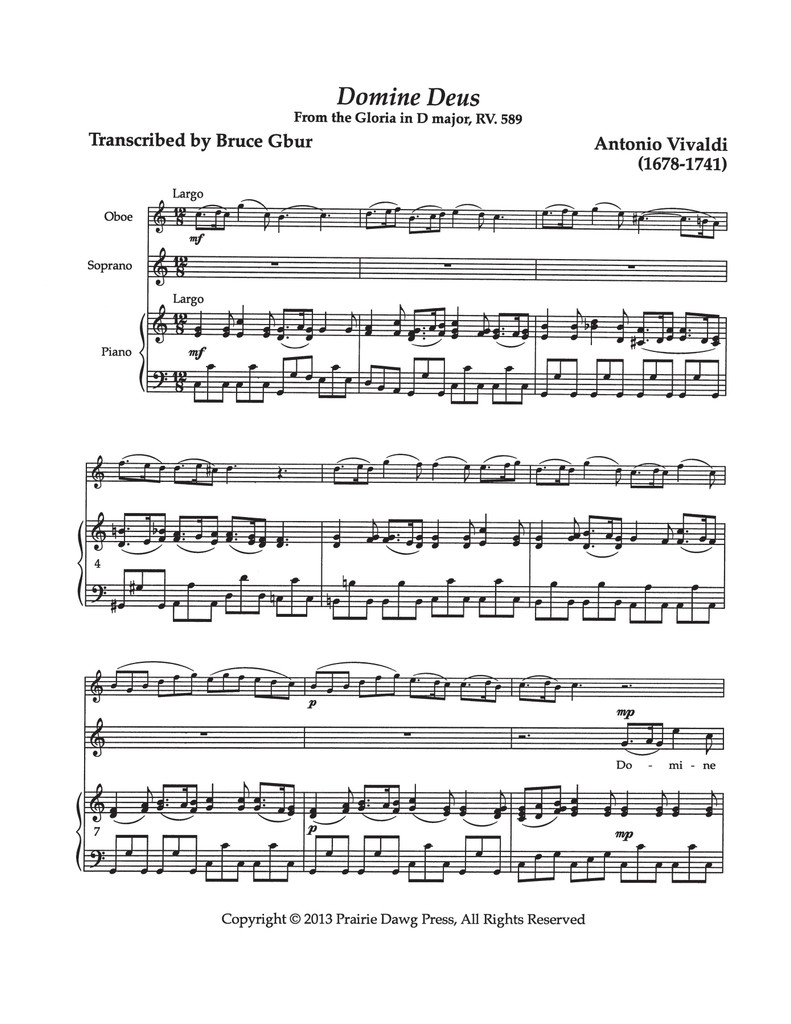 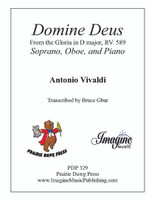 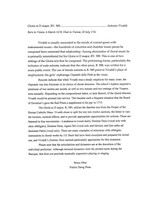 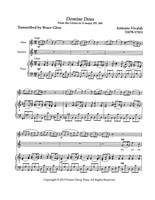 Vivaldi is usually associated in the minds of concert-goers with instrumental music-the hundreds of concertos and chamber music pieces he composed have cemented that relationship. Among aficionados of choral music he is primarily remembered for his Gloria in D major, RV. 589. This is one of two settings of the Gloria text that he composed. The performing forces, particularly the inclusion of male soloists, indicate that the other piece, R. 588, was written for a more public event. The use of female soloists in R. 589 point to Vivaldi's place of employment, the girls' orphanage Ospedale della Pieta as the venue.

Records indicate that while Vivaldi was a steady employee for many years, the Ospedale was less fortunate in its choice of choral directors. The school's leaders required a minimum of two motets per month, as well as two masses and two settings of the Vespers texts annually. Depending on the compositional talent, or lack thereof, of the choral director, Vivaldi would be pressed into service. This became such a frequent situation that the Board of Governor's gave the Red Priest a supplement to his pay in 1 715.

The Gloria in D major, R, 589, utilizes the familiar text from the Proper of the Roman Catholic Mass. Vivaldi chose to split the text into twelve sections, the better to vary the textures, musical affects, and to provide appropriate opportunities for soloists. These are featured in four movements-Laudamus te (vocal duet); Domine Deus (vocal solo with oboe obbligato); Domine Deus, Agnus Dei (vocal solo and chorus); and Qui sedes ad dexteram Patris (vocal solo). There are many examples of selections with obbligato instruments in choral works by J.S. Bach that have been excerpted and prepared for recital use, and Vivaldi's Domine Deus seemed particularly appropriate for this treatment.

Please note that the articulations and dynamics are at the discretion of the individual performer. Although terraced dynamics were the printed norm during the Baroque, that does not preclude musically expressive playing or singing.

"Domine Deus" from the Gloria in D Major, RV589 (download)