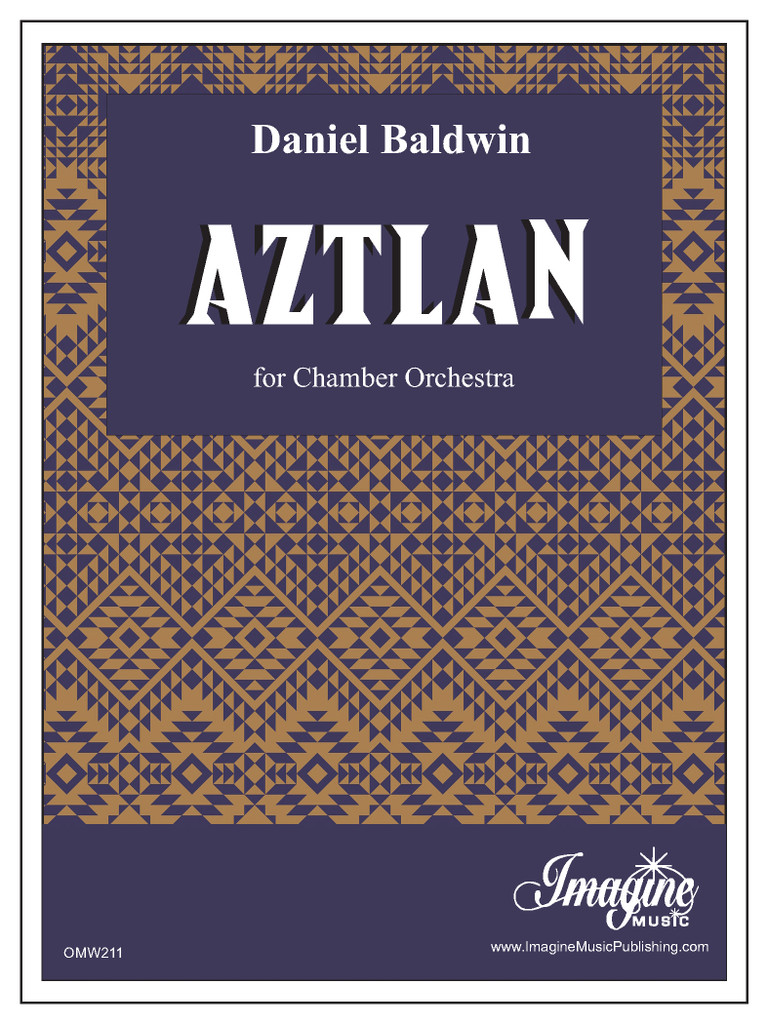 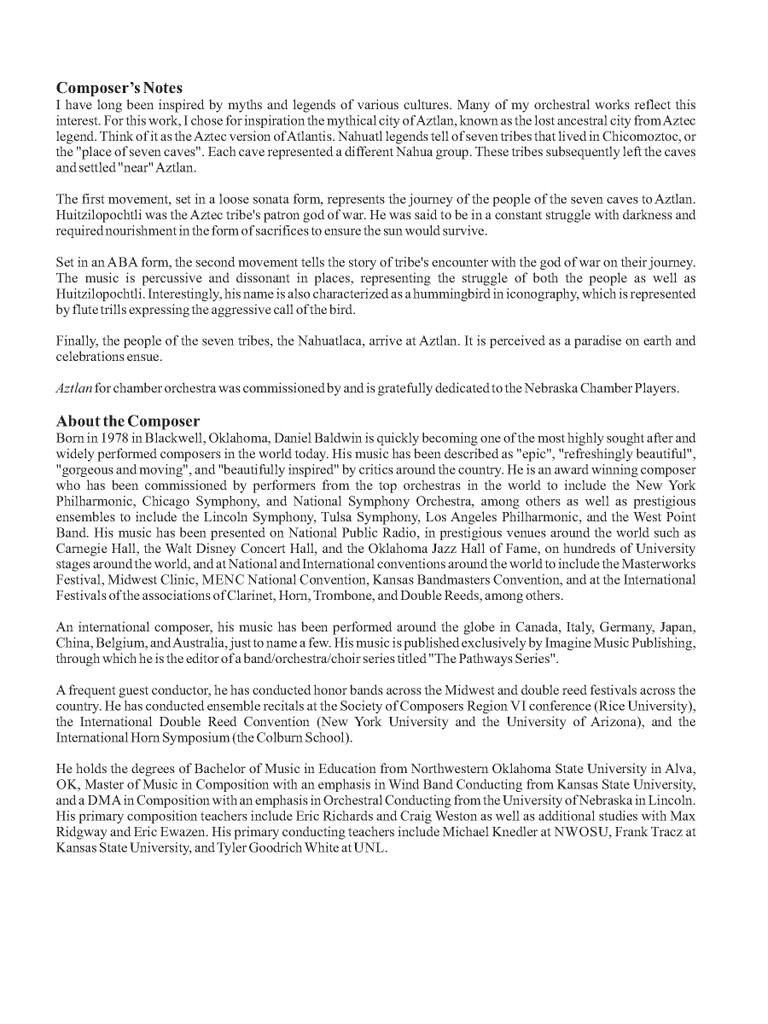 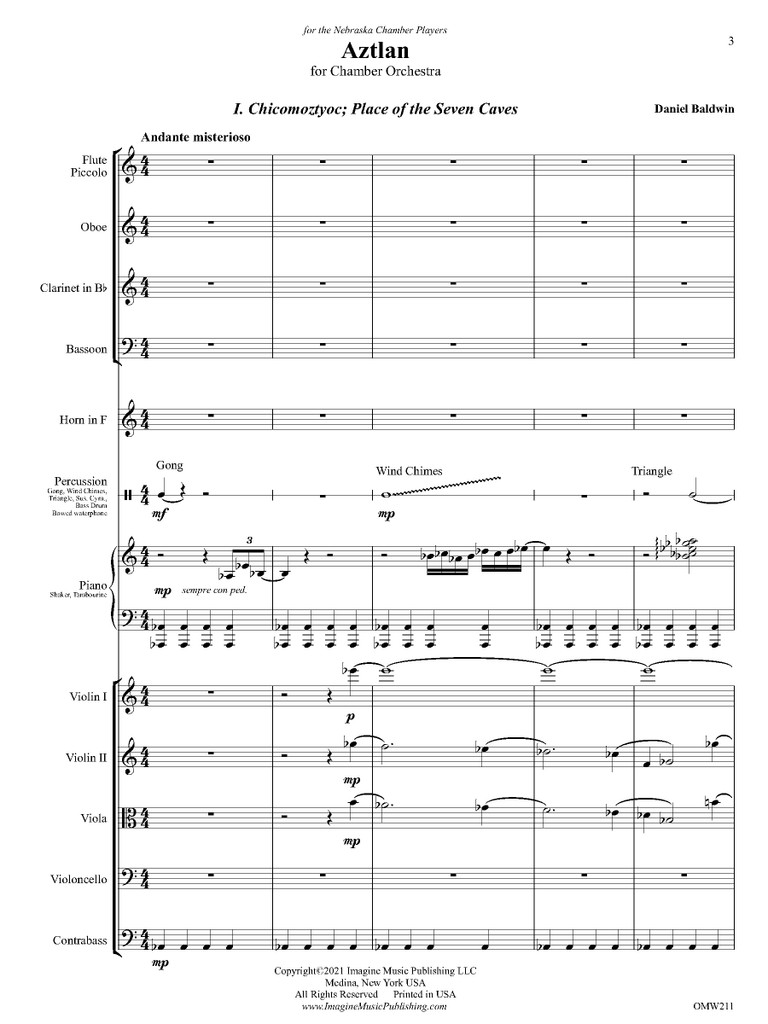 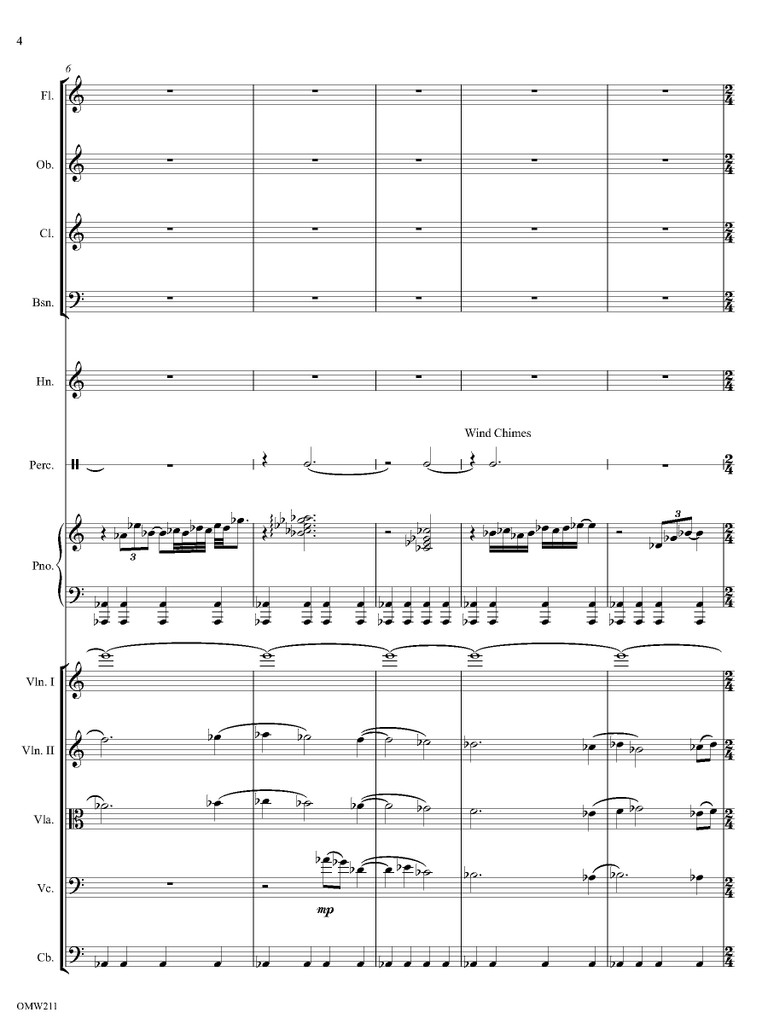 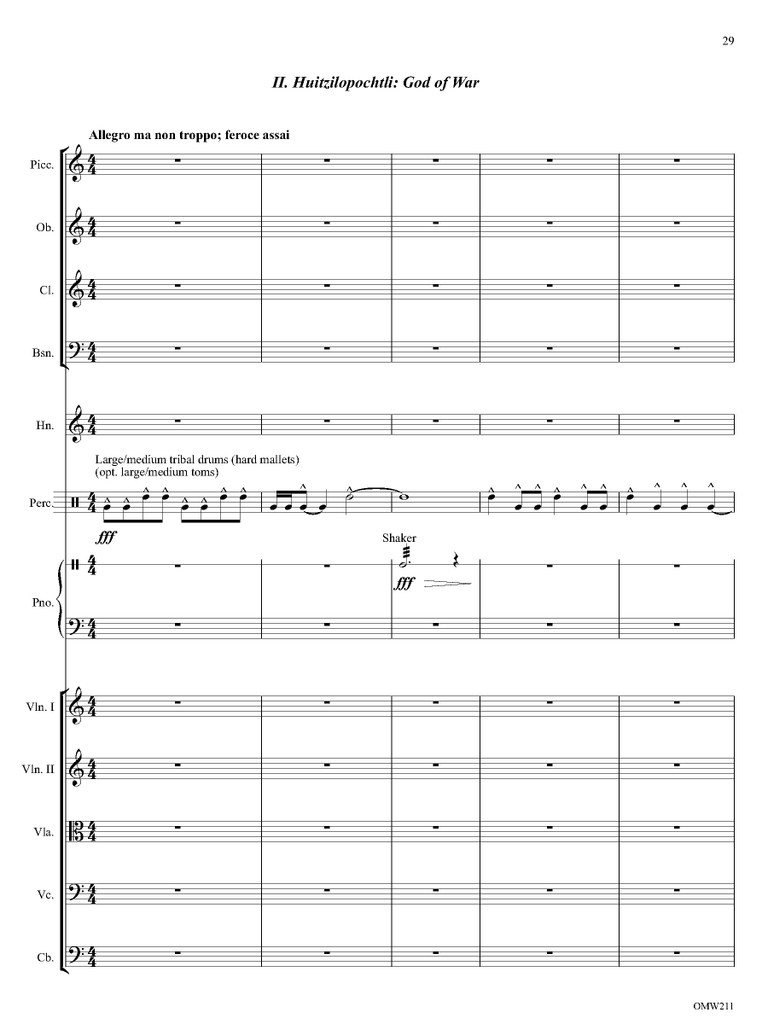 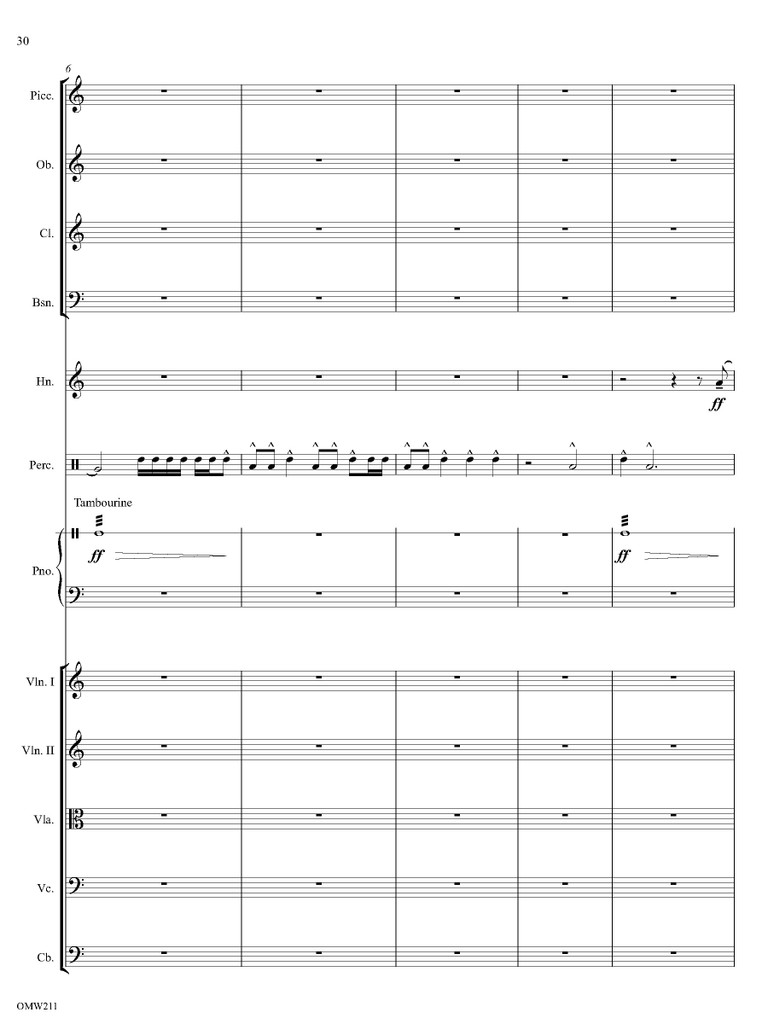 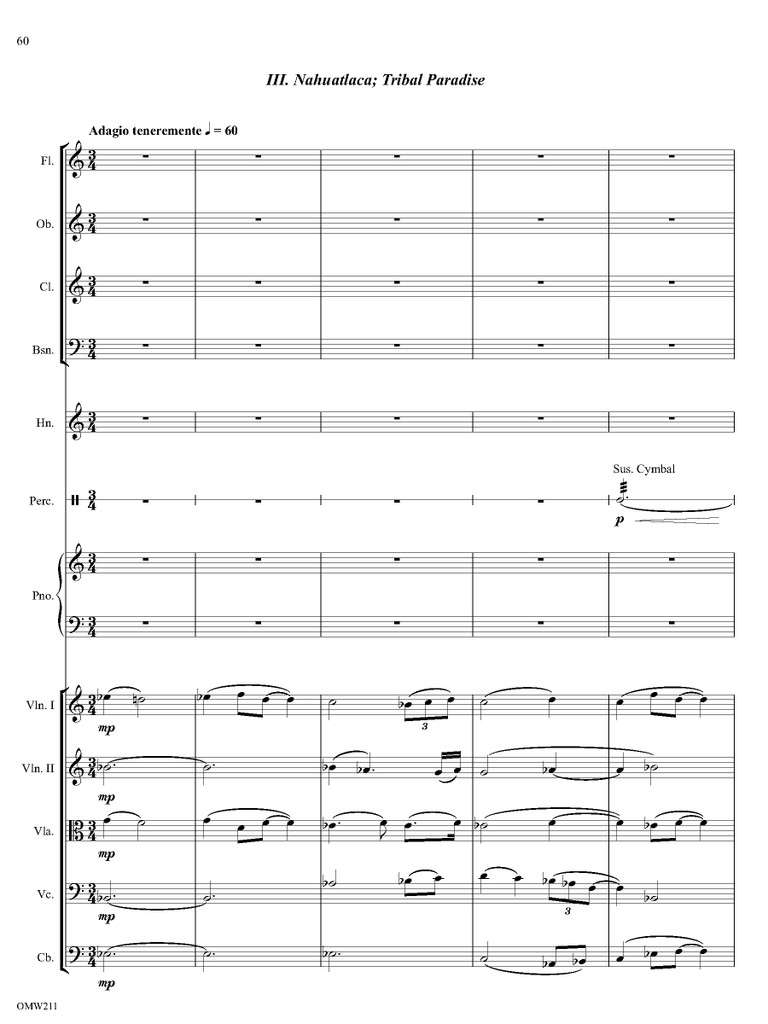 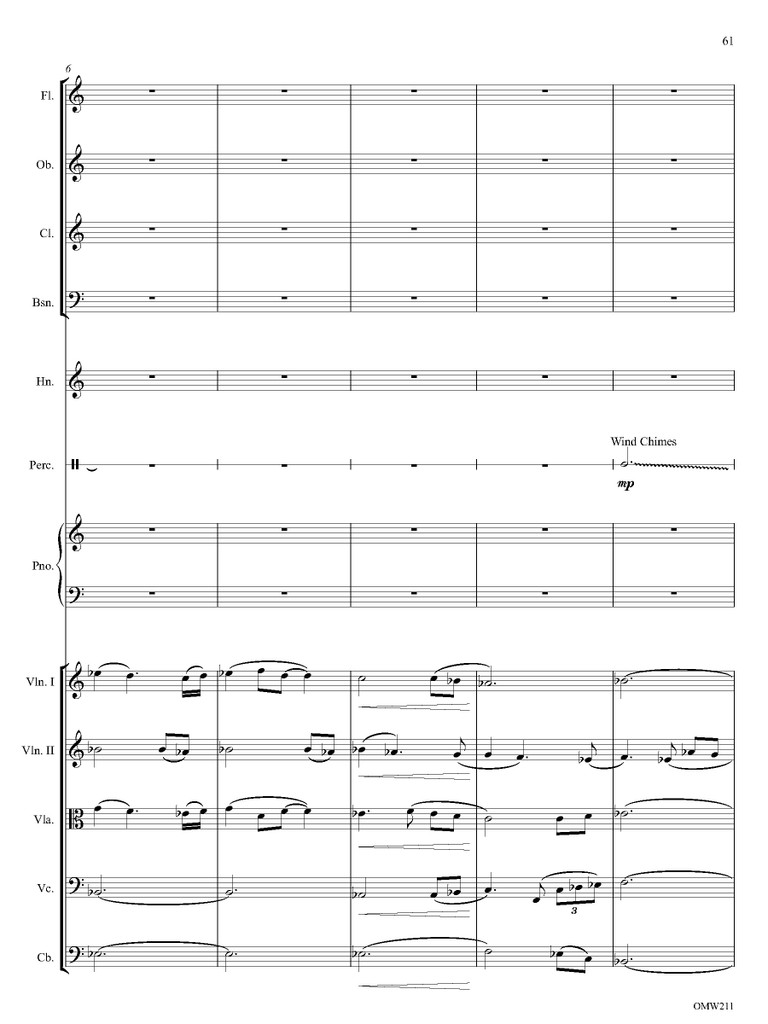 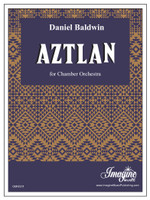 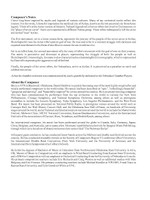 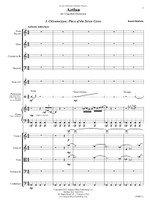 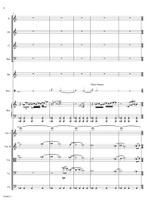 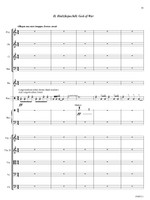 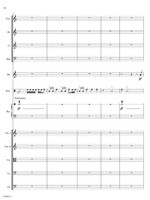 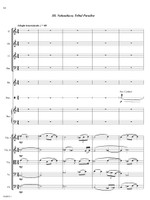 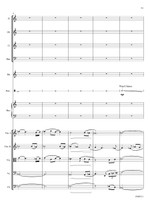 I have long been inspired by myths and legends of various cultures. Many of my orchestral works reflect this interest. For this work, I chose for inspiration the mythical city of Aztlan, known as the lost ancestral city from Aztec legend. Think of it as the Aztec version of Atlantis. Nahuatl legends tell of seven tribes that lived in Chicomoztoc, or the "place of seven caves". Each cave represented a different Nahua group. These tribes subsequently left the caves and settled "near" Aztlan.

The first movement, set in a loose sonata form, represents the journey of the people of the seven caves to Aztlan. Huitzilopochtli was the Aztec tribe's patron god of war. He was said to be in a constant struggle with darkness and required nourishment in the form of sacrifices to ensure the sun would survive.

Set in an ABA form, the second movement tells the story of tribe's encounter with the god of war on their journey. The music is percussive and dissonant in places, representing the struggle of both the people as well as Huitzilopochtli. Interestingly, his name is also characterized as a hummingbird in iconography, which is represented by flute trills expressing the aggressive call of the bird.

Finally, the people of the seven tribes, the Nahuatlaca, arrive at Aztlan. It is perceived as a paradise on earth and celebrations ensue.

Aztlan for chamber orchestra was commissioned by and is gratefully dedicated to the Nebraska Chamber Players.

Sinfonia No. 13 for Strings