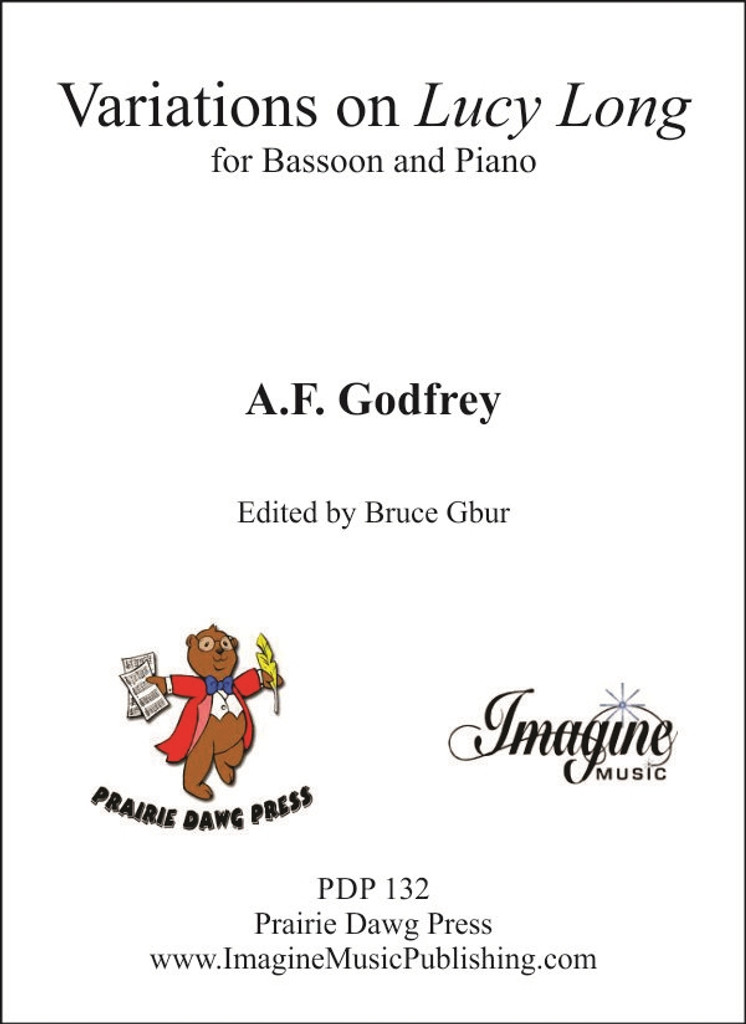 For Bassoon and Piano
By Godfrey.

Lucy Long was a popular minstrel song introduced by the Virginia Minstrels in 1843. The original lyrics refer to a banjo and that American instrument often was used to accompany the song. The lyrics, as used then, are quite offensive to modem ears. Written in an exaggerated Black dialect, the text is racist and misogynist.

The tune itself is credited to Billy Whitlock, a member of the Virginia Minstrels, who claimed to have written it in 1838. As the Minstrel Show genre gained popularity, so did Lucy Long. It became a staple number for many troupes including the Christie Minstrels and was performed by them in Great Britain. The song evolved into a staged sketch involving a member of the troupe portraying Lucy Long in blackface makeup and women's clothes. The name "Lucy Long" became synonymous with any women with a "loose" reputation, even popping up in the list of MacHeath' s conquests in the Grammy Award-winning rendition of Mack the Knife recorded by Bobby Darin in 1959.

Lucy Long has provided several composers with the theme for a fantasia or set of variations for solo instrument and orchestra or band accompaniment.

Godfrey's Variations on Lucy Long consist of an introduction, the theme stated by the solo bassoon, and four variations.