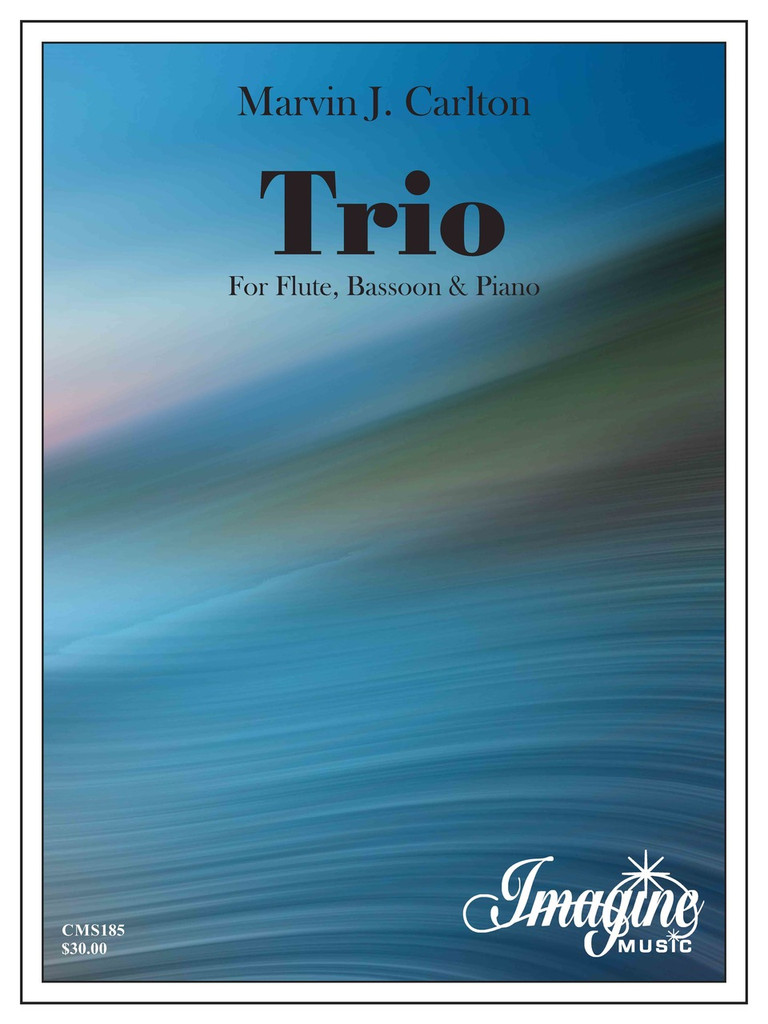 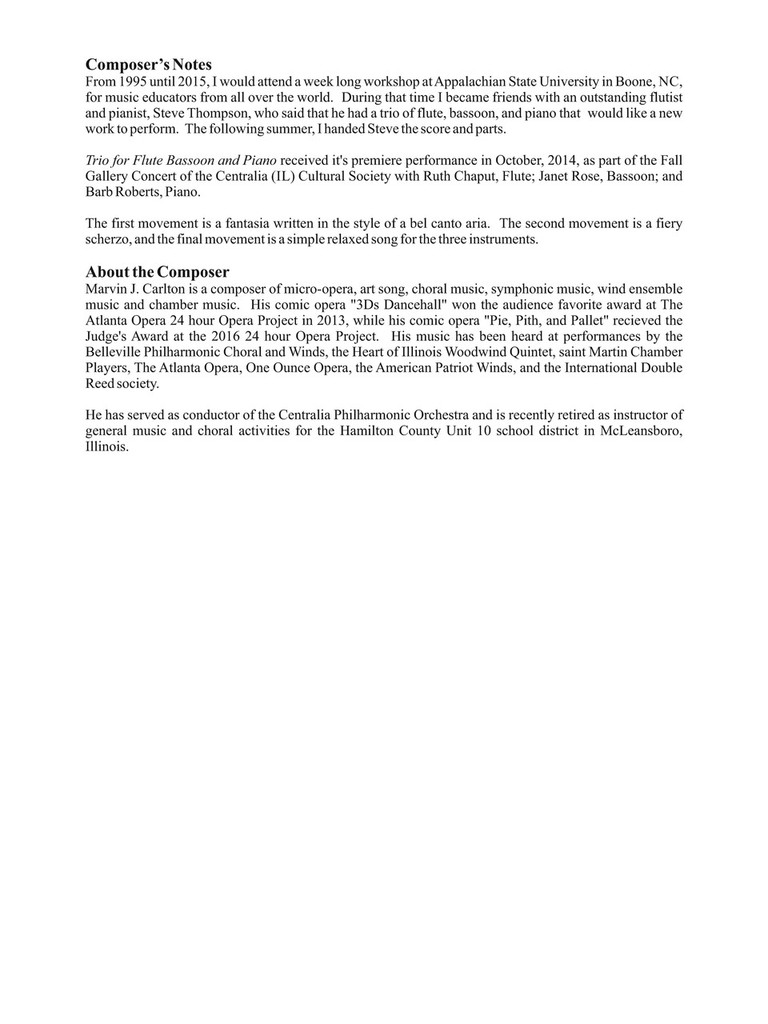 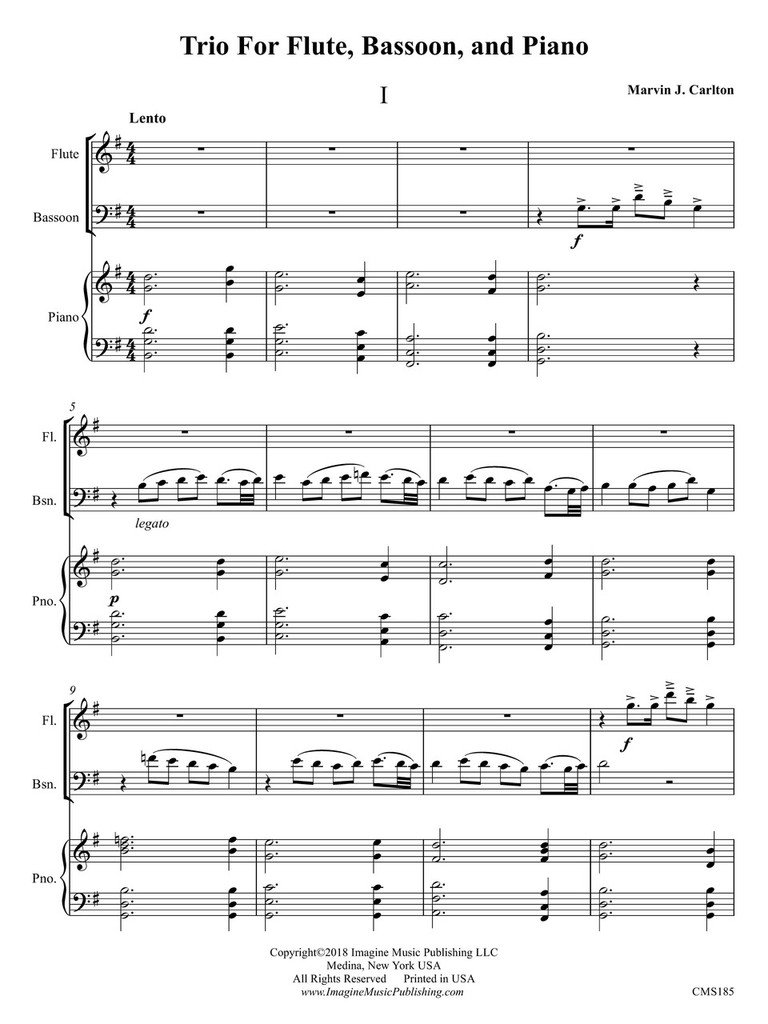 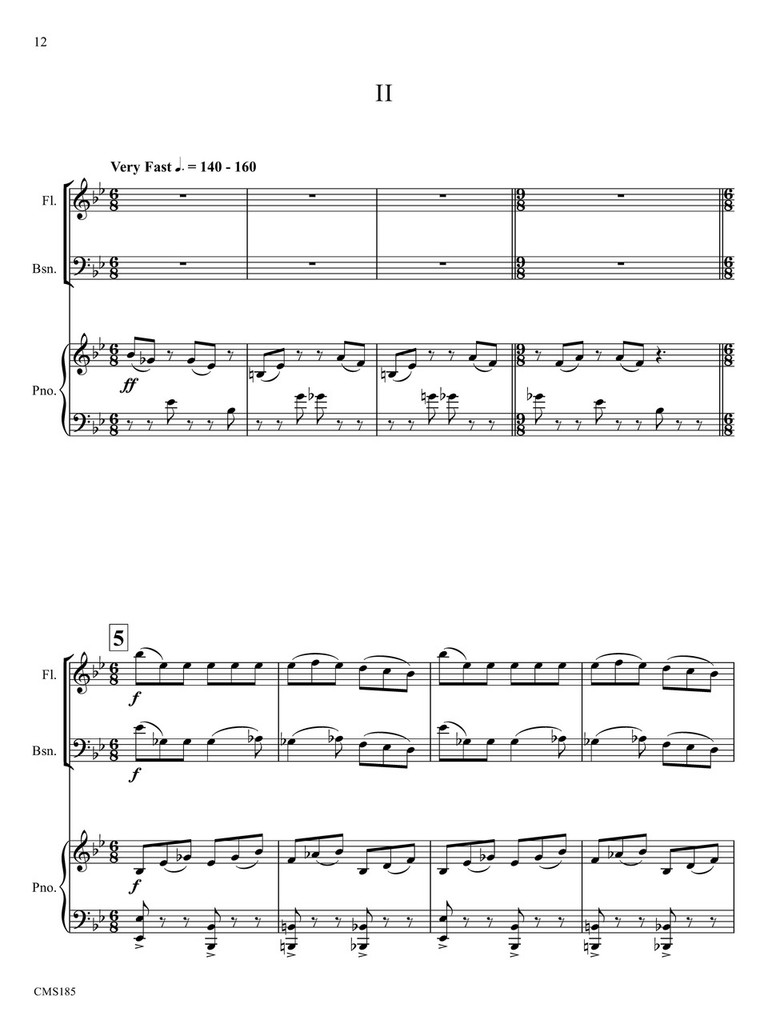 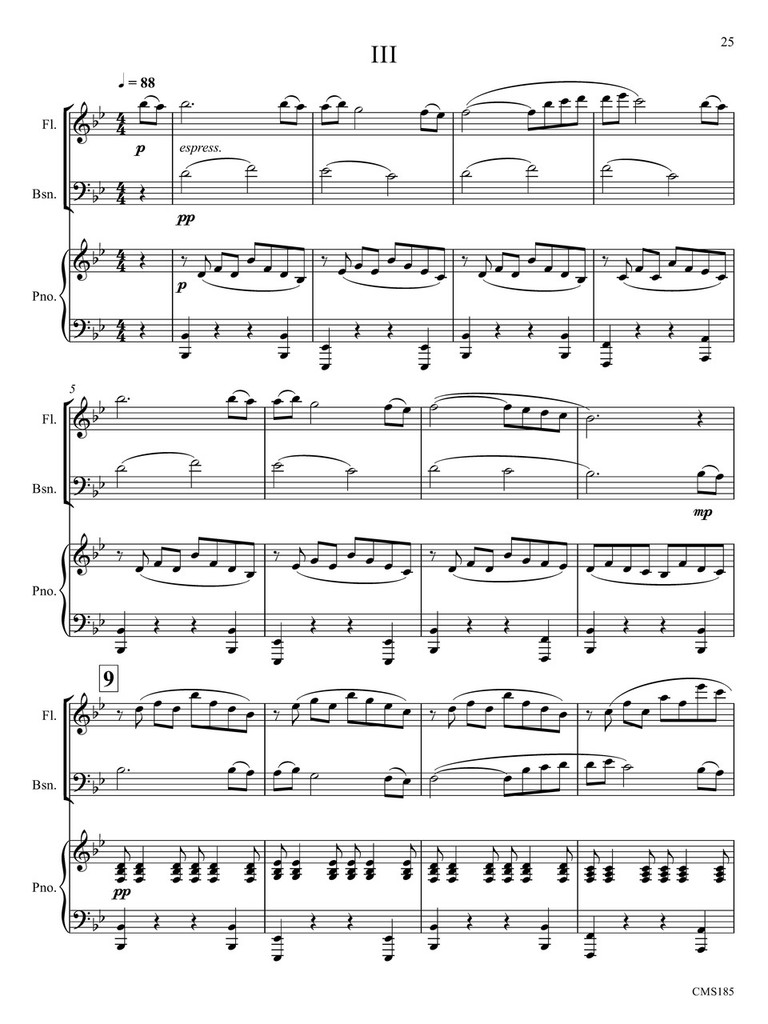 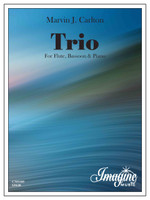 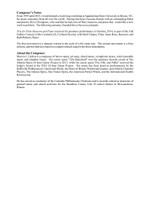 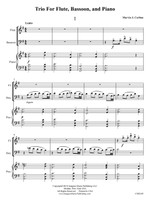 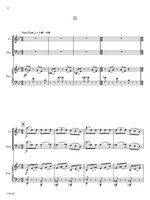 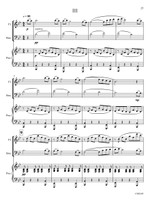 From 1995 until 2015, I would attend a week long workshop at Appalachian State University in Boone, NC, for music educators from all over the world. During that time I became friends with an outstanding flutist and pianist, Steve Thompson, who said that he had a trio of flute, bassoon, and piano that would like a new work to perform. The following summer, I handed Steve the score and parts.

Trio for Flute Bassoon and Piano received it's premiere performance in October, 2014, as part of the Fall Gallery Concert of the Centralia (IL) Cultural Society with Ruth Chaput, Flute; Janet Rose, Bassoon; and Barb Roberts, Piano.