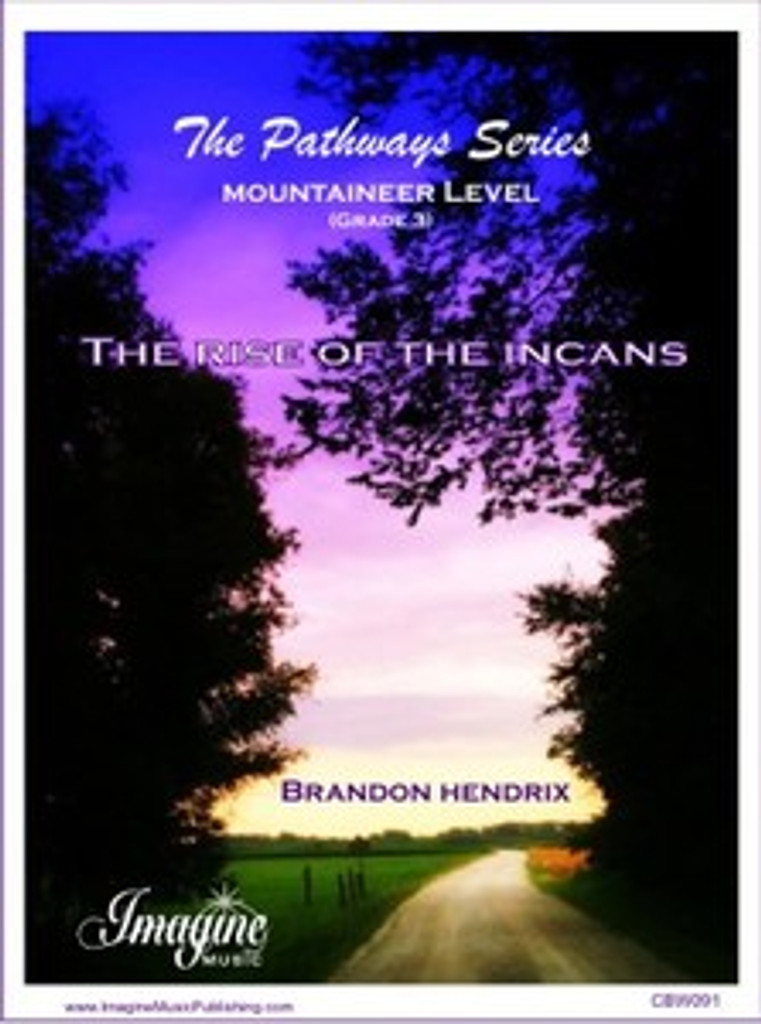 For Band.
By Brandon Hendrix
The Incans were the most powerful civilization during their time and were known for their ability to turn any ordinary villager into a formidable soldier.  Establishing its empire in Peru around A.D. 1400, they continually expanded their nation through warfare and diplomacy.  The Rise of the Incans depicts the dominating forces of the Incan Empire through powerful returning themes, a reflective middle section, and an overall robust sound.

The Rise of the Incans was the winner of Imagine Music Publishing's 2008 Pathways Band Competition Contest. Included in The Pathways Series.