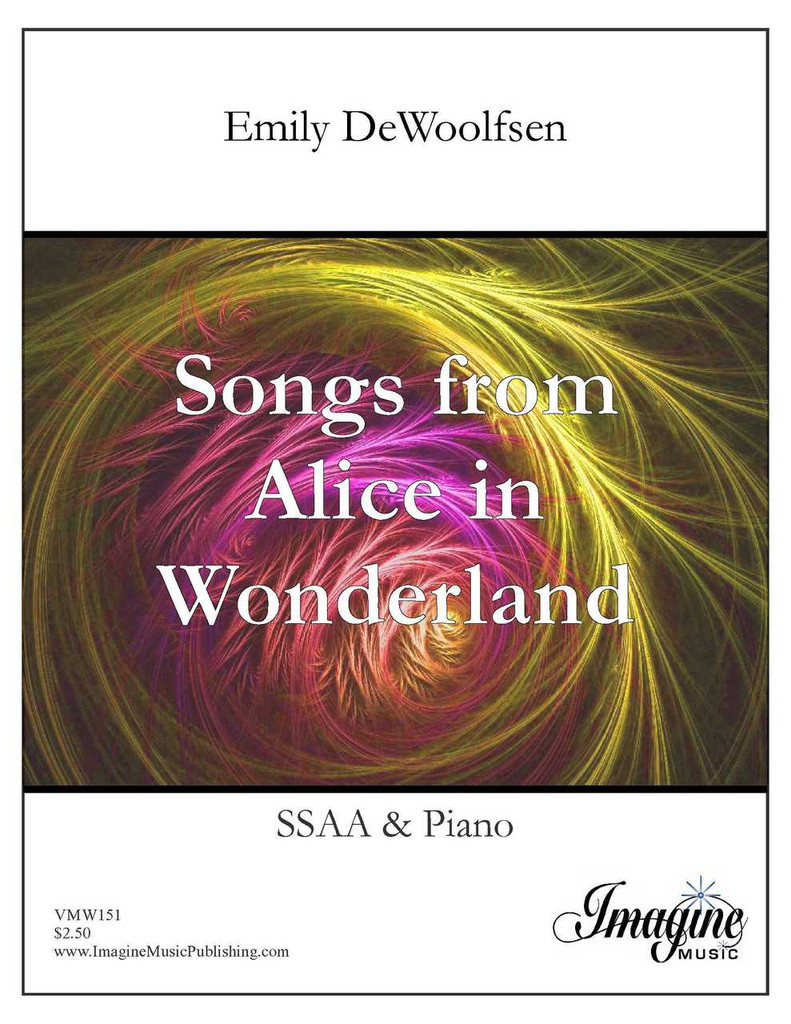 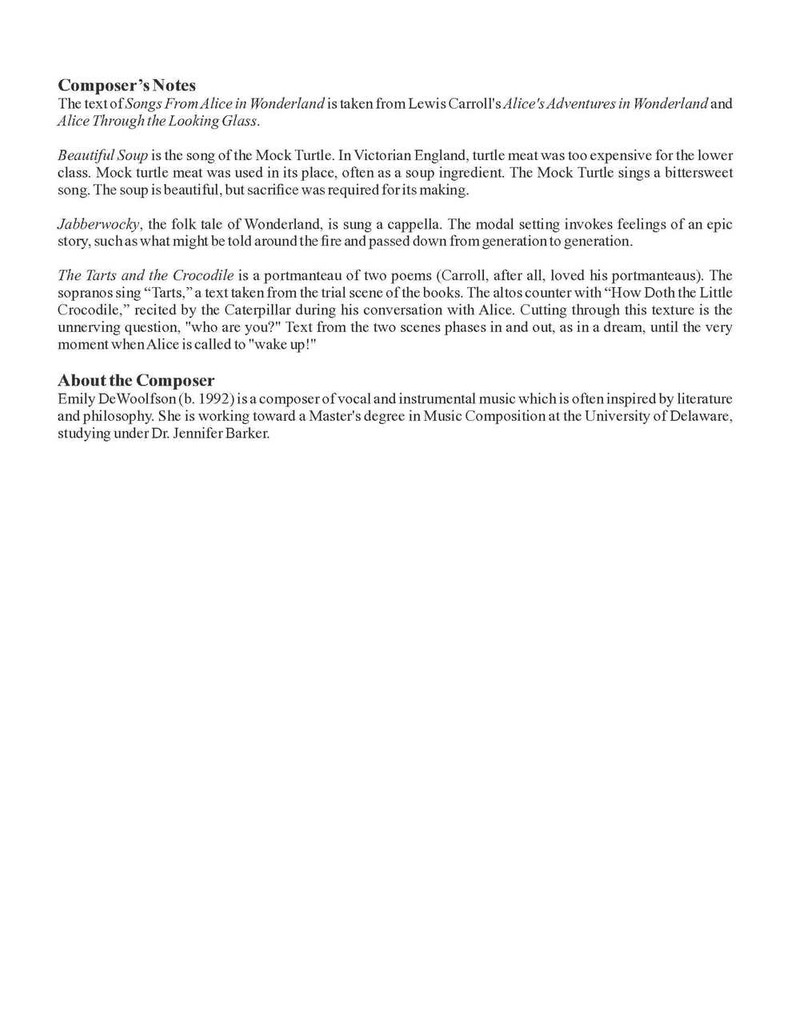 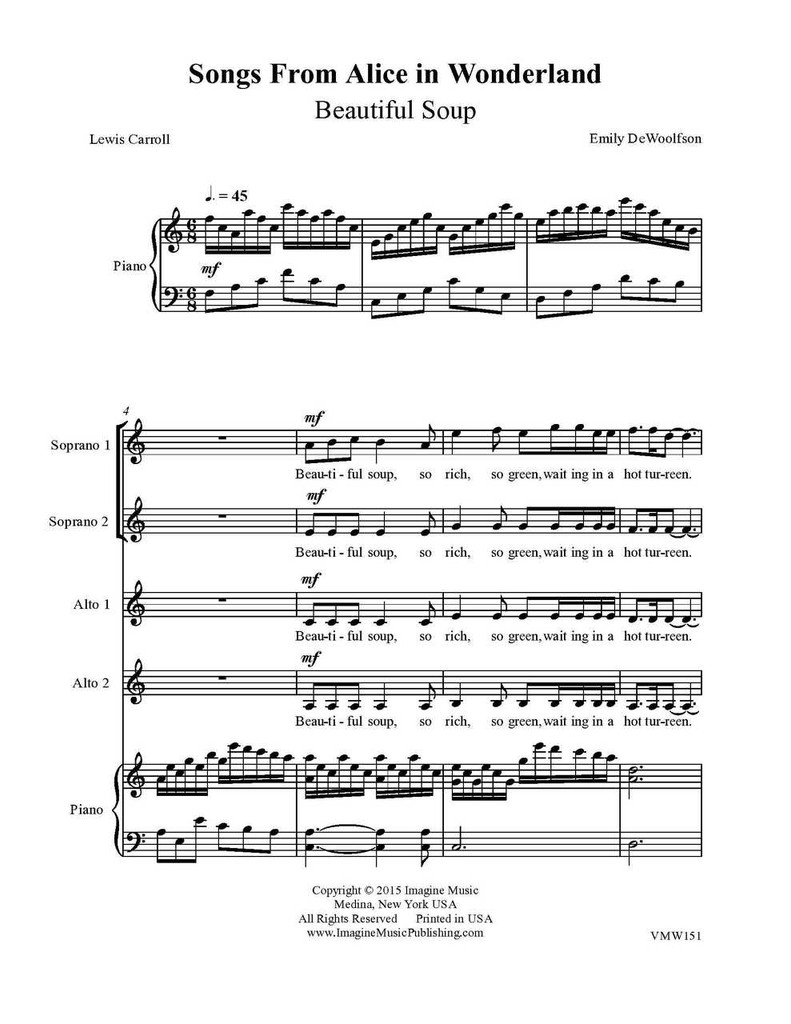 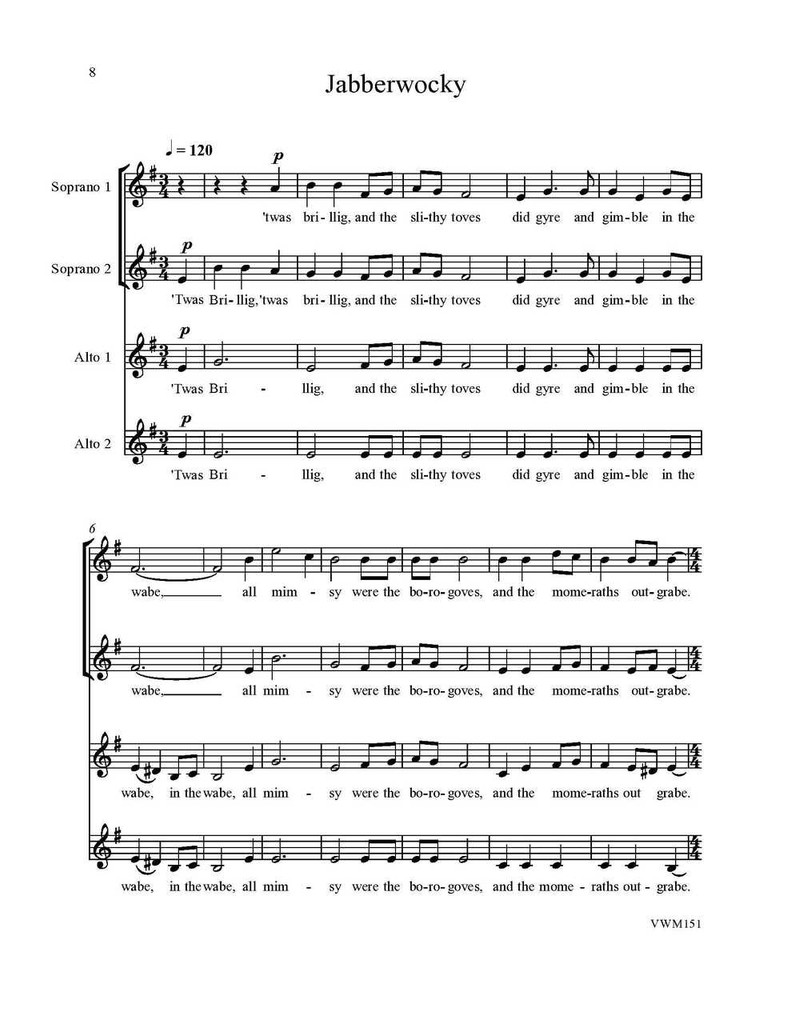 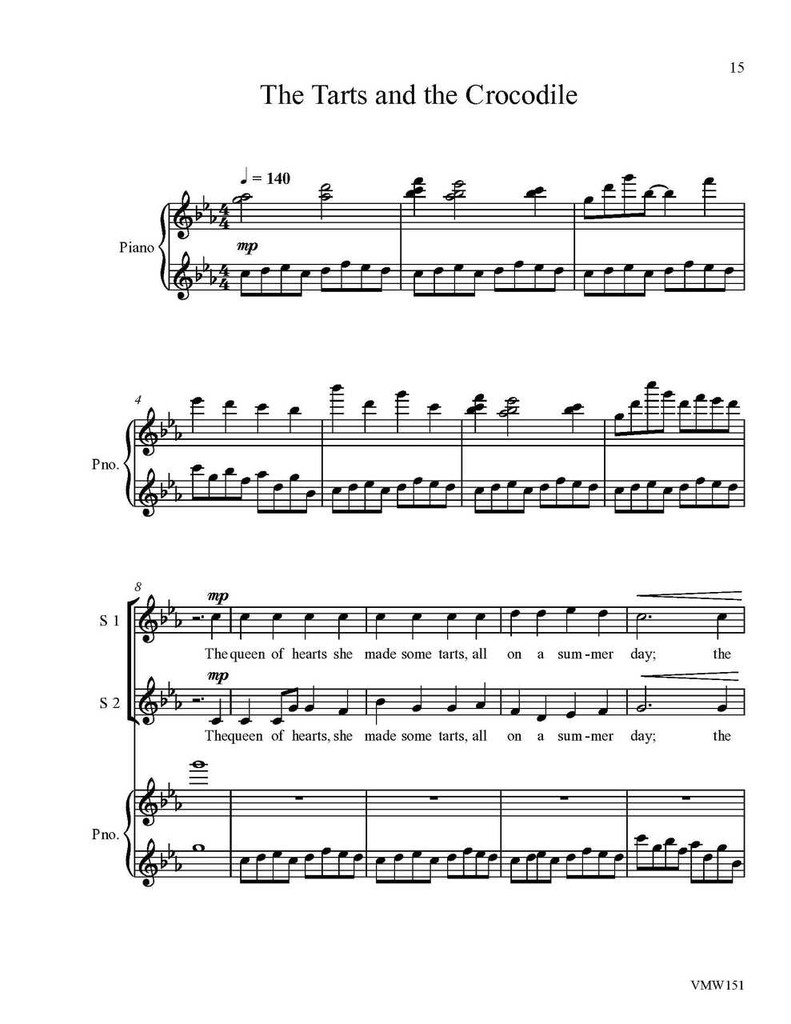 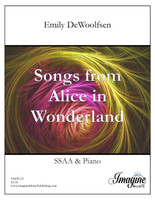 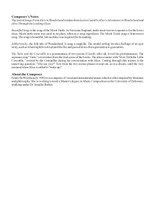 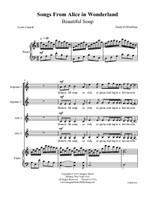 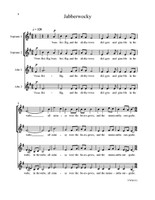 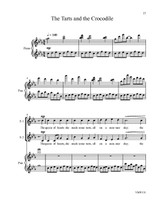 The text of Songs From Alice in Wonderland is taken from Lewis Carroll's Alice's Adventures in Wonderland and Alice Through the Looking Glass.

Beautiful Soup is the song of the Mock Turtle. In Victorian England, turtle meat was too expensive for the lower class. Mock turtle meat was used in its place, often as a soup ingredient. The Mock Turtle sings a bittersweet song. The soup is beautiful, but sacrifice was required for its making.

Jabberwocky, the folk tale of Wonderland, is sung a cappella. The modal setting invokes feelings of an epic story, such as what might be told around the fire and passed down from generation to generation.

The Tarts and the Crocodile is a portmanteau of two poems (Carroll, after all, loved his portmanteaus). The sopranos sing “Tarts,” a text taken from the trial scene of the books. The altos counter with “How Doth the Little Crocodile,” recited by the Caterpillar during his conversation with Alice. Cutting through this texture is the unnerving question, "who are you?" Text from the two scenes phases in and out, as in a dream, until the very moment whenAlice is called to "wake up!"

Song to the Moon (from the opera "Rusalka") (download)