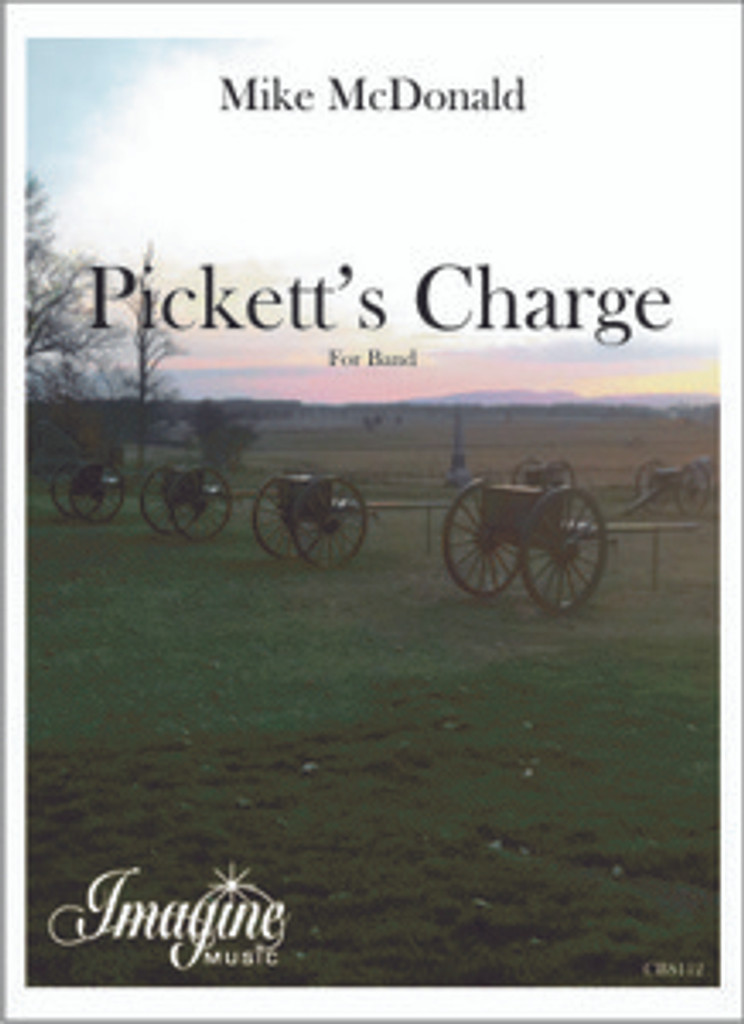 For Band
By Mike McDonald


Pickett's Charge is a musical homage to the brave men who participated in the infamous charge during The Battle of Gettysburg in 1863. It begins with a popular camp song of the time, Cheer Boys Cheer, then we hear preparation for the charge, including rallying calls and a short cannonade. The charge gets underway, but since the Confederates have to travel almost a mile, it begins at a walking pace accompanied by fife and drum. As they get closer to the Union forces, the tempo quickens. Contact is made and the battle ensues, but in short time it's realized that the charge has failed.A sudden end comes to it, followed by the slow retreat. The Confederates are confident of future successes, so the piece ends with a "hymn of hope".