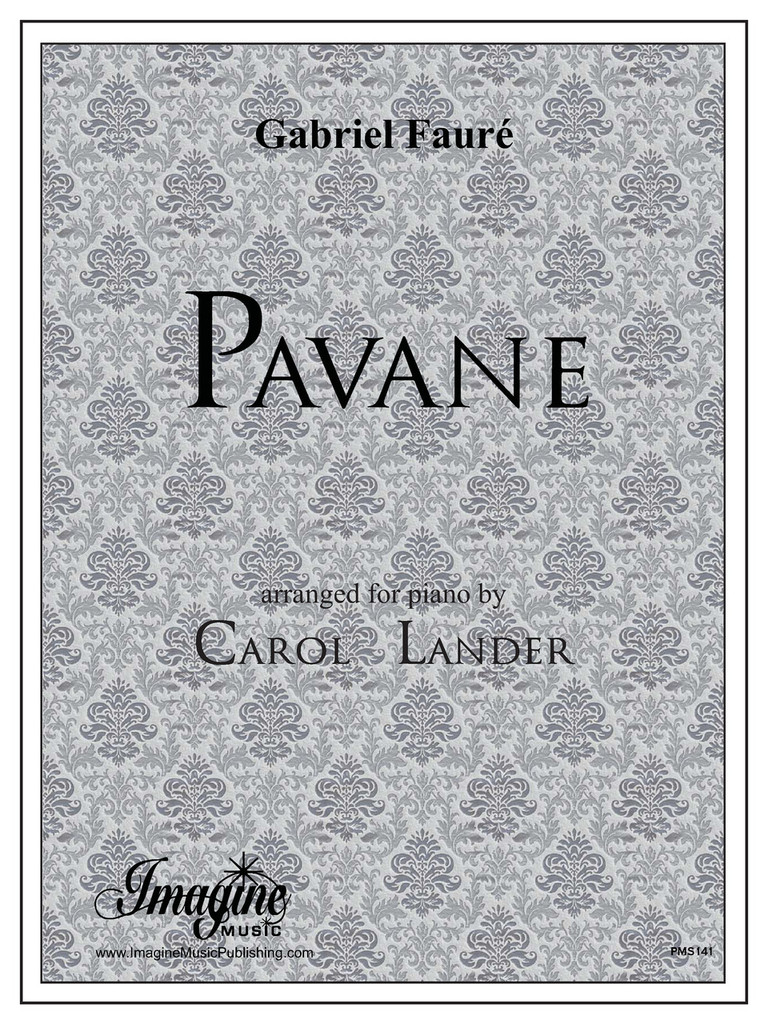 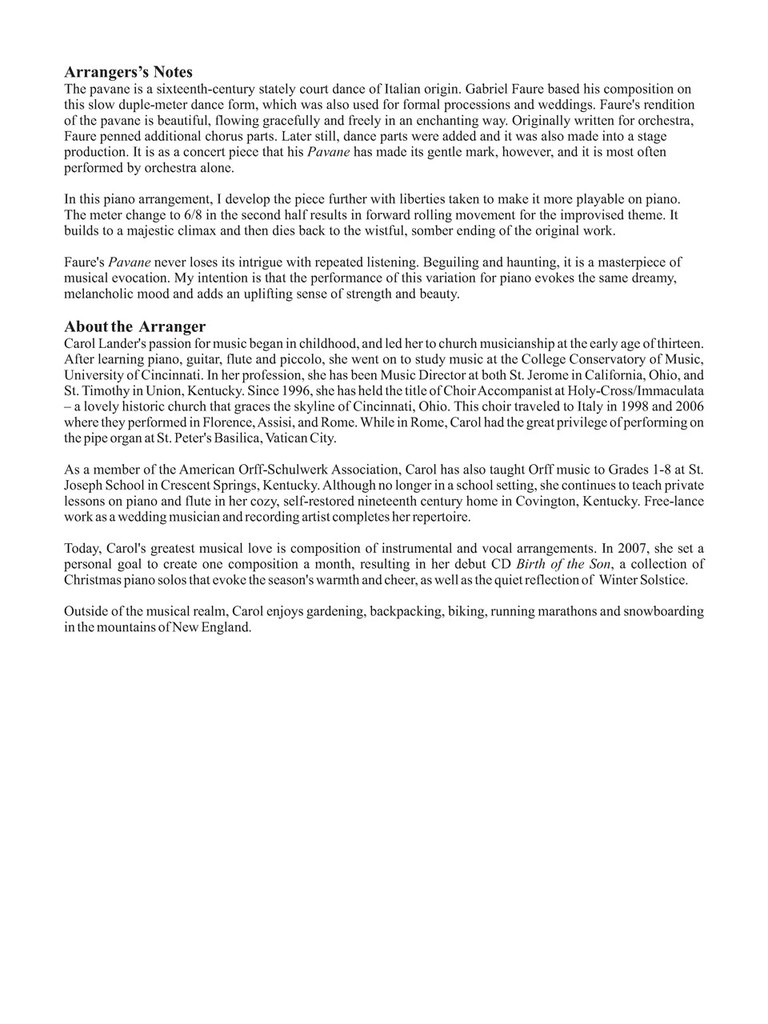 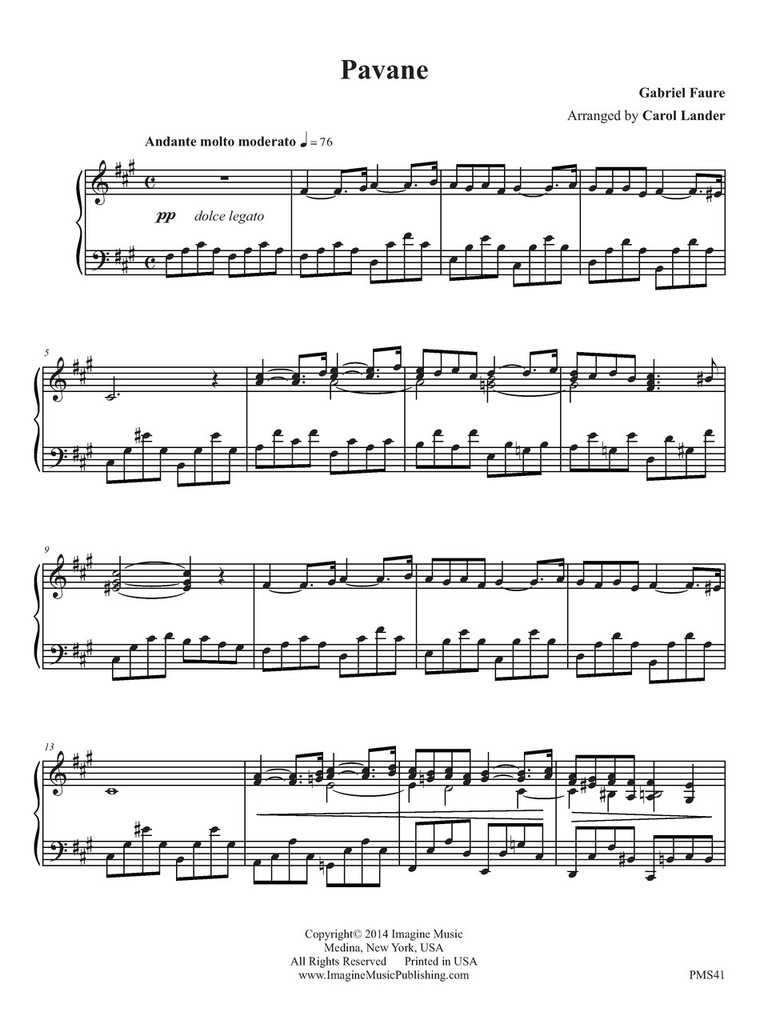 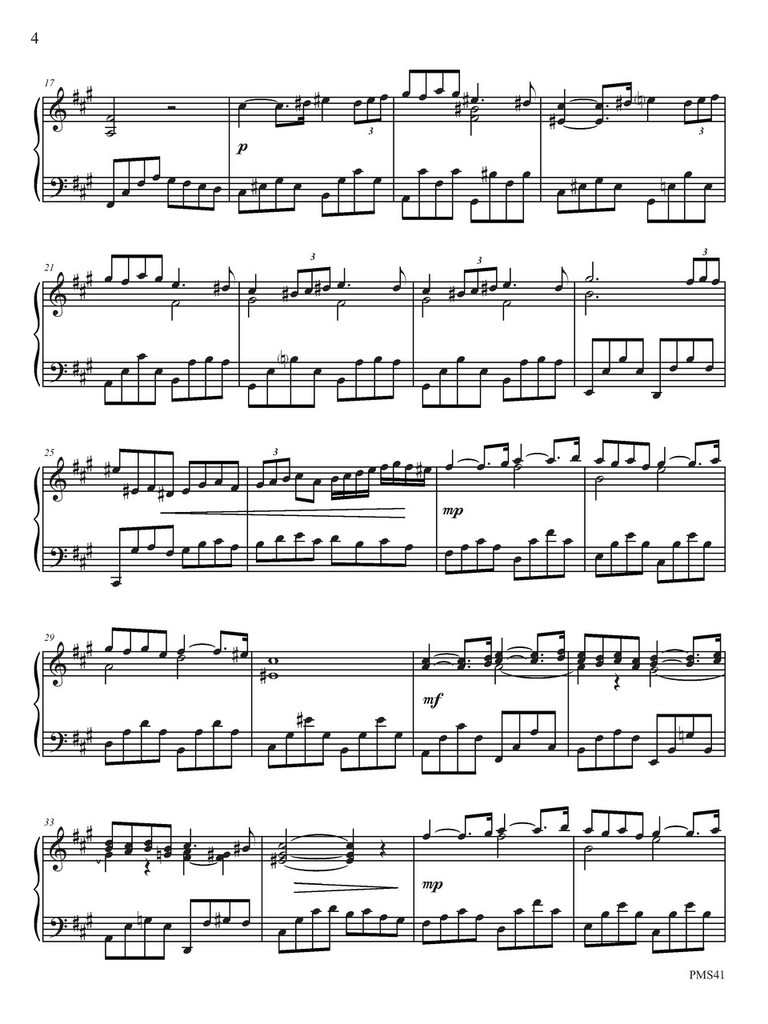 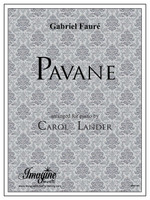 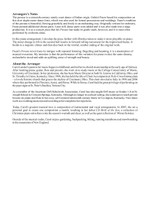 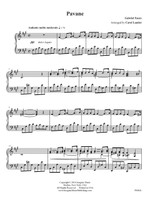 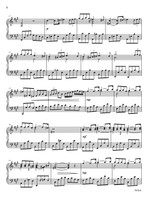 Arrangers’s Notes
The pavane is a sixteenth-century stately court dance of Italian origin. Gabriel Faure based his composition on this slow duple-meter dance form, which was also used for formal processions and weddings. Faure's rendition of the pavane is beautiful, flowing gracefully and freely in an enchanting way. Originally written for orchestra, Faure penned additional chorus parts. Later still, dance parts were added and it was also made into a stage production. It is as a concert piece that his Pavane has made its gentle mark, however, and it is most often
performed by orchestra alone.

In this piano arrangement, I develop the piece further with liberties taken to make it more playable on piano. The meter change to 6/8 in the second half results in forward rolling movement for the improvised theme. It builds to a majestic climax and then dies back to the wistful, somber ending of the original work.

Faure's Pavane never loses its intrigue with repeated listening. Beguiling and haunting, it is a masterpiece of musical evocation. My intention is that the performance of this variation for piano evokes the same dreamy, melancholic mood and adds an uplifting sense of strength and beauty.