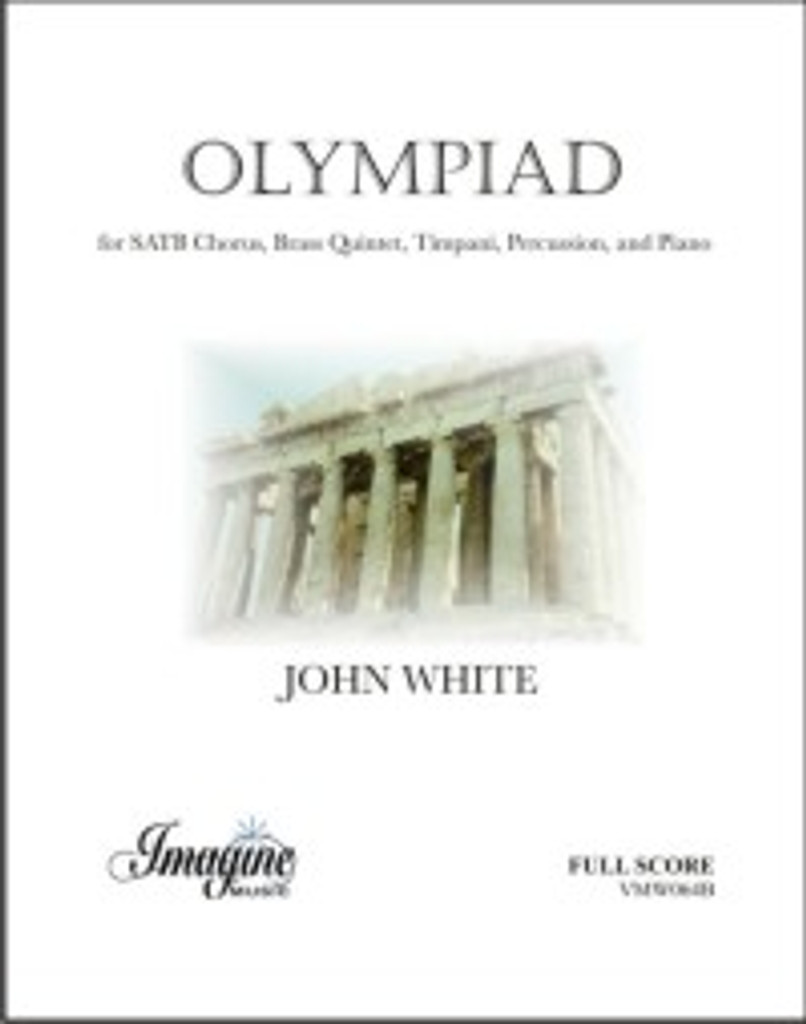 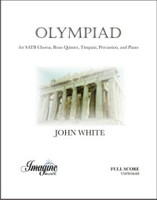 By John White.
For SATB Choir, Brass, Timpani, & Piano
The ancient Greek poet Pindar (518-438 B.C.) was noted for his poems about the Olympic Games during Greece’s “Golden Age” period, The Age of Pericles.  Indeed, John White discovered these poems in 2002 when modern Greece was preparing for the 2004 Olympics.  Composed in 2003 and 2004, White’s Olympiad is scored for SATB chorus, brass quintet, timpani, percussion, and piano.  This work remains a tribute to the ancient Athenian games.  The two poems used in Olympiad are “Jump” and “Discus” extolling the virtues of the athletes and of the Olympiad itself.

Pindar was known as a “lyric” poet so his work lends itself to musical setting.  because modern singers usually do not read the ancient Cyrillic script, English “transliterations” of the poems are used in the score so that the singers can reproduce the sounds of the ancient Greek language.

The work opens with a fanfare-like passage which appears briefly again at the end.  Although the two poems are in a continous setting, the beginning of the second poem, “Discuss” is signaled by a promininent passage in the tubular chimes, a gesture which also recurs near the end.
White, a prolific composer, uses many traditional choral techniques including imitative textures, melodic unisons, and hymn-like passages.

Being an experienced choral singer himself, he strives to achieve choral lines which are both challenging and rewarding to the singers.