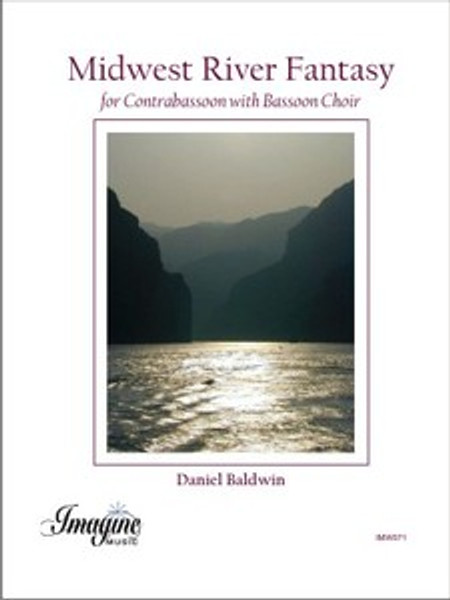 For Bassoon Choir. By Daniel Baldwin. Written in three movements.

The first movement alternates peaceful and serene with joyous and celebratory with an array of arpeggiated harmonies and melodies. It begins mysteriously and shadows sometimes appear, but always give way to its pastoral western feel.

The second movement is a plaintive elegy that alternates melancholy, dramatic, and even ominous moods framing a hymn-like campfire song. The finale, a bravura rondo, is joyous, playful, dramatic, and briefly dark and ominous leading to a heroic conclusion.

Echo of the Spheres (16 Bassoons)

Echo of the Spheres (12 Bassoons)

'Til the Stars Come Down