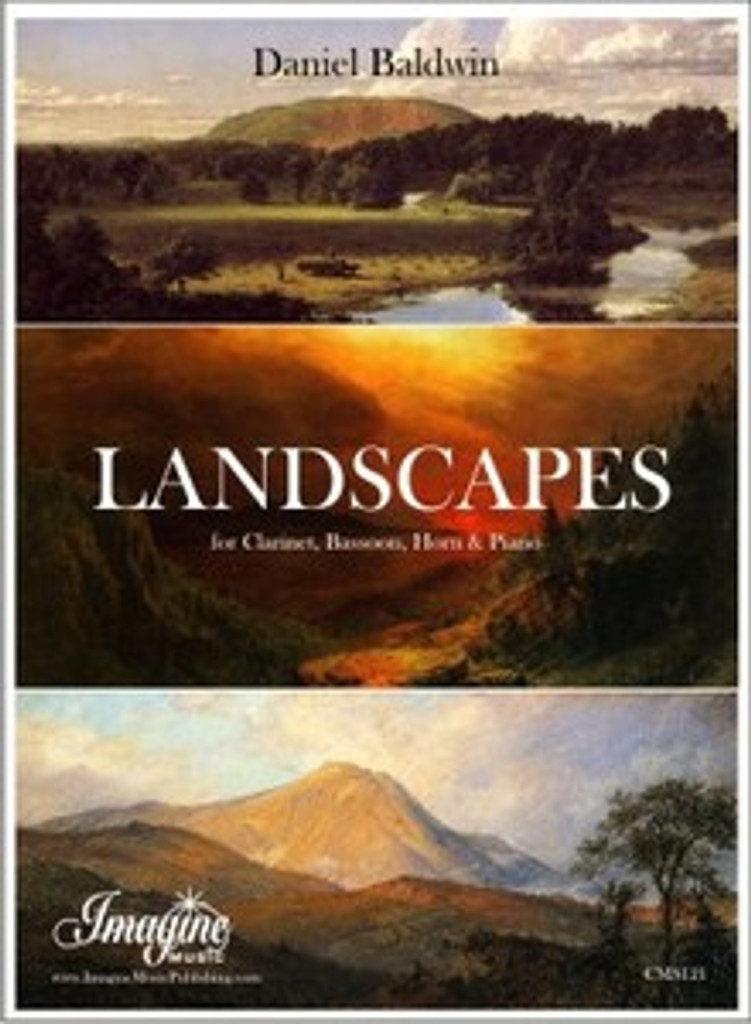 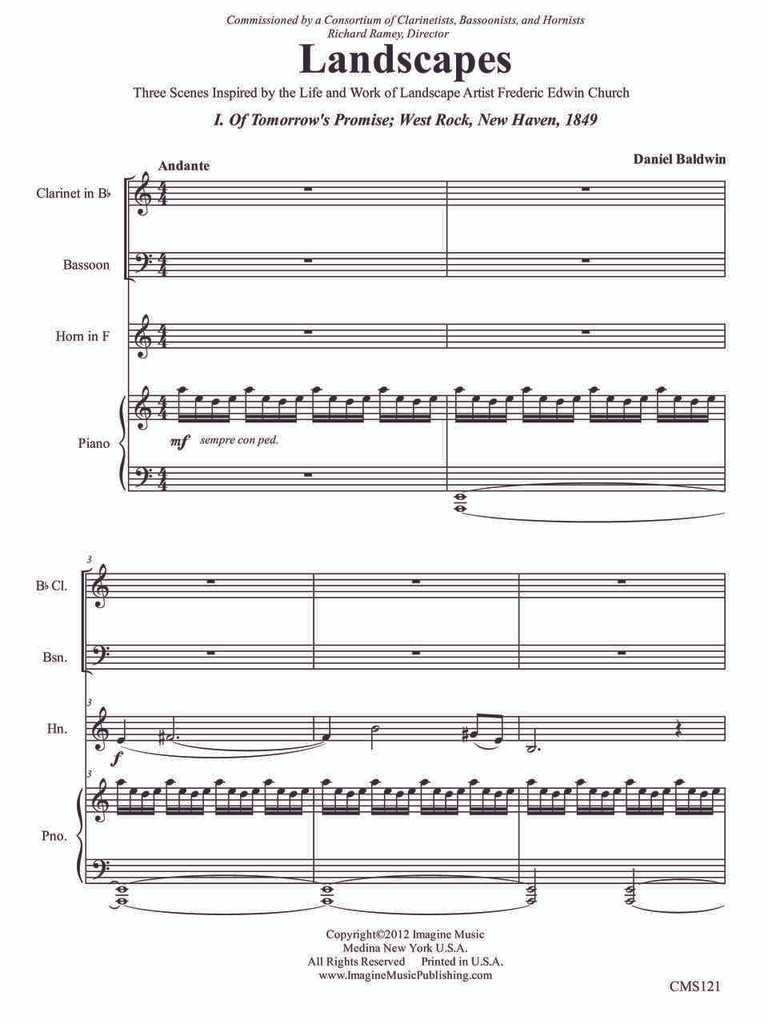 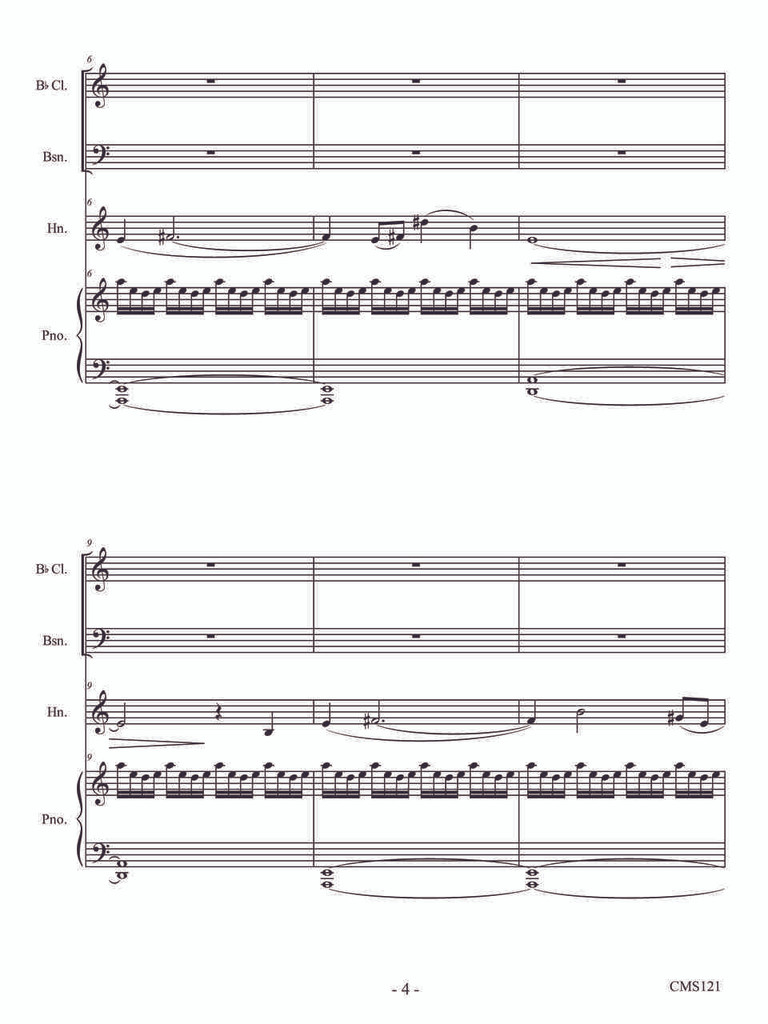 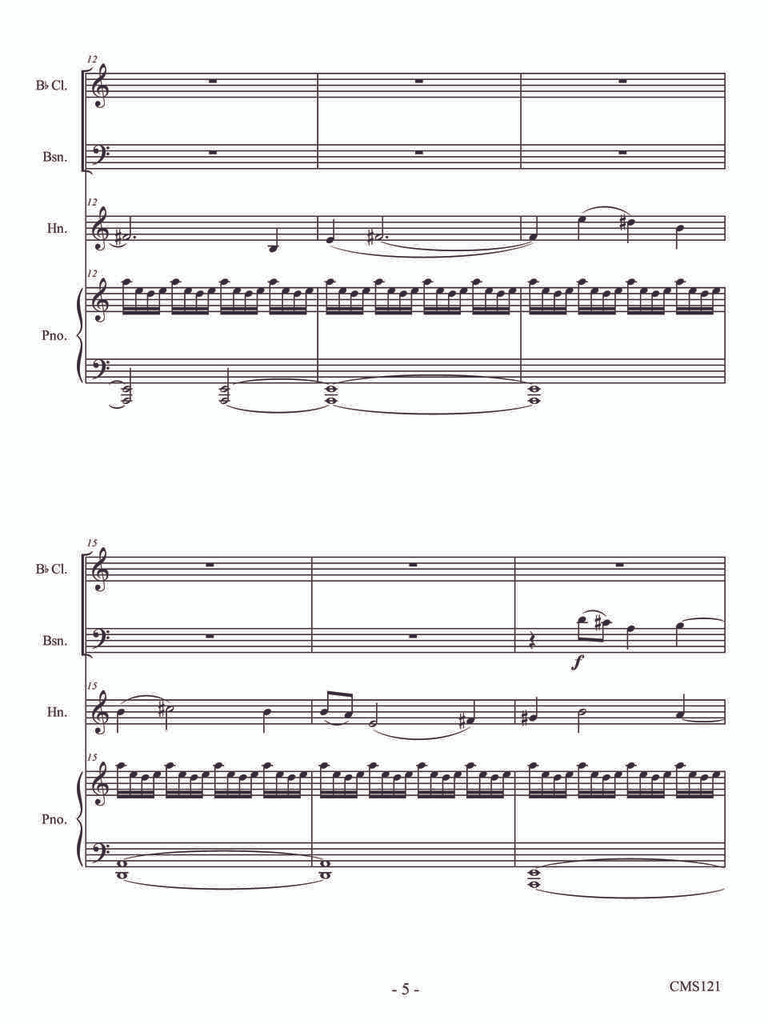 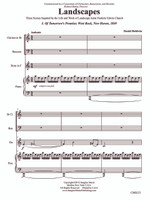 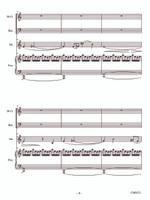 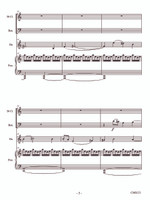 Composer Notes:
Landscapes is an idea I've had for quite a while. I have long wanted to write a piece based on the very interesting life of my personal favorite artist, Frederick Edwin Church. This idea came to fruition when my friend Richard Ramey and I decided on a project that he would present as a consortium. Seventy four individuals, schools, and a symphony participated. This piece also became a tool of release for me. As I wrote this piece, I had many personal tragedies. Among them were several deaths in my family, as well as a botched appendectomy that nearly cost my son his life. Along with telling Church's story, in the latter two movements, I was telling "my own" story as well. I am quite grateful to all of the members of the consortium for their patience and wonderful dedication to new music. This piece is dedicated to Richard Ramey and all of the consortium's participating members.

The first movement, "Of Tomorrow's Promise;West Rock, New Haven, 1849" is based on the painting of the same name (West Rock, New Haven), but is also a commentary on Church's early professional life. He knew fame, wealth, and success very early in his artistic career. In turn, the music has a "new frontier" feel to it with beautiful melodies, and broad, grand, and sweeping gestures in the winds and piano.

The second movement, "Of Pain and Sorrows; Twilight: Mount Desert Island, Maine, 1865" is based on the most difficult time in Church's life.With the CivilWar ravaging on around him, his two children contracted Diphtheria and passed away from that illness one week apart from each other. In the weeks after the death of his children, Church painted "Twilight", which exudes a feeling of deep sadness and exhaustion. The music begins quietly, as if we are standing inside of Church's painting. It takes us through a few of the steps of grieving before exploding into an abyss of anger, drama, and sadness at the loss of a child. The movement fades back into acceptance, though nothing will ever be the same again.

In the final movement, "Of Quiet Reflection; Mount Katahdin from Millinocket Camp, 1895", we see Church one final time at the end of his life. Crippled by arthritis, he attempts one final painting in what, I believe, is a quiet reflection on his life. The music is quiet and introspective, as he ponders his successes.We then hear a restatement of themes from the 1st and 2nd movements in different keys representing his reflection on different parts of his life with a skewed perspective. This fades into a restatement of the opening of the final movement. The piece ends quietly in C major, the key of the earth, as is appropriate for this artist who devoted so much of his life to his brilliant work.

I presented this work to my quartet, and after reading just the first movement everyone loved it. It is a lovely, lyrical work with beautiful lines for each instrument.

Heart of the Andes