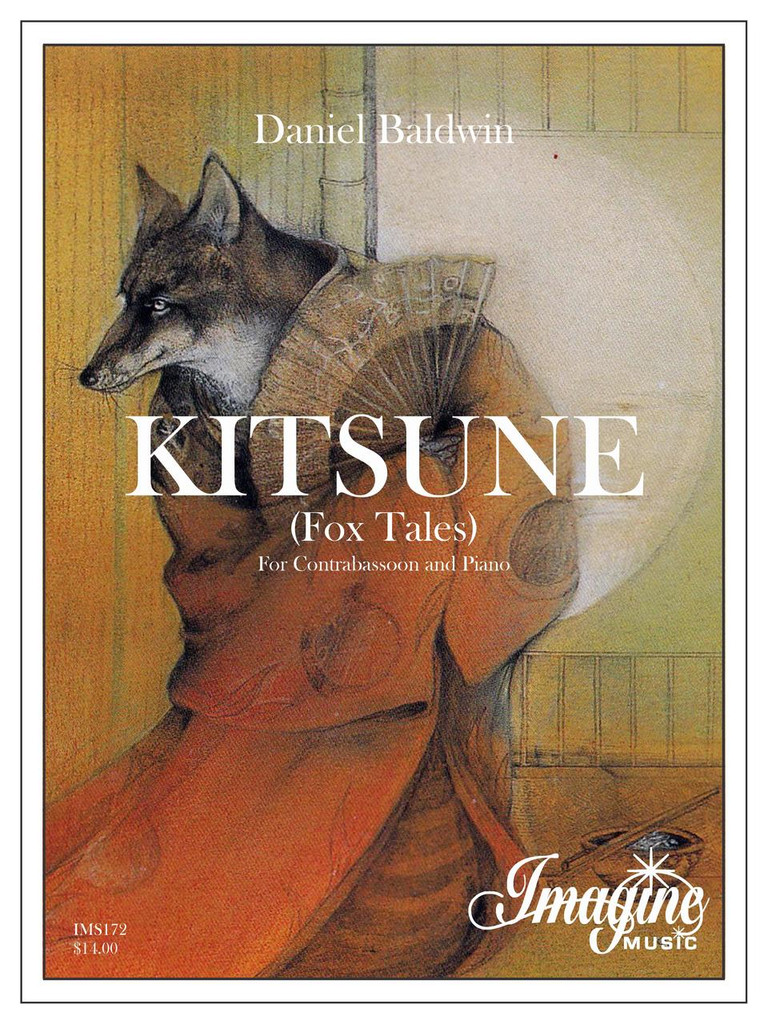 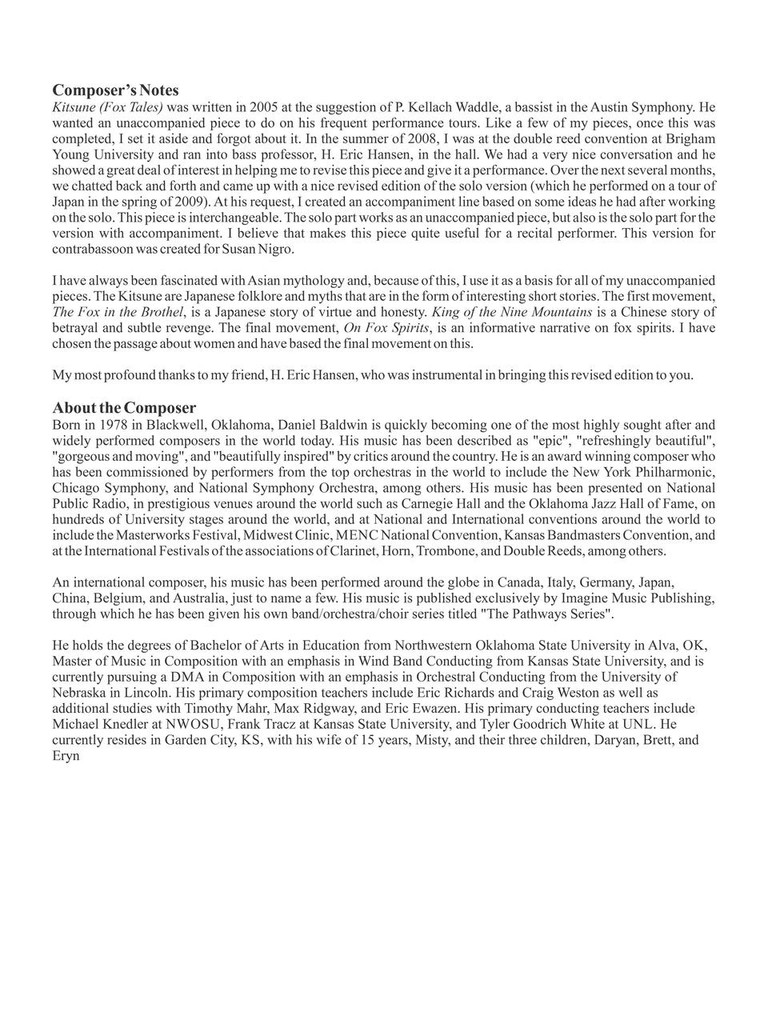 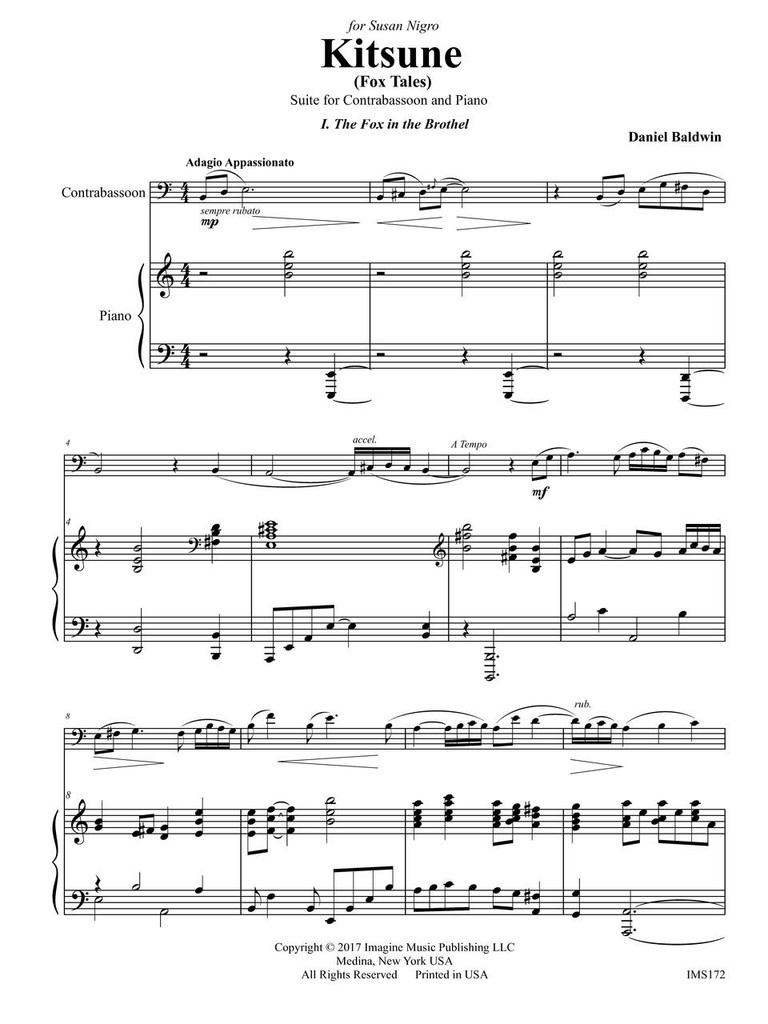 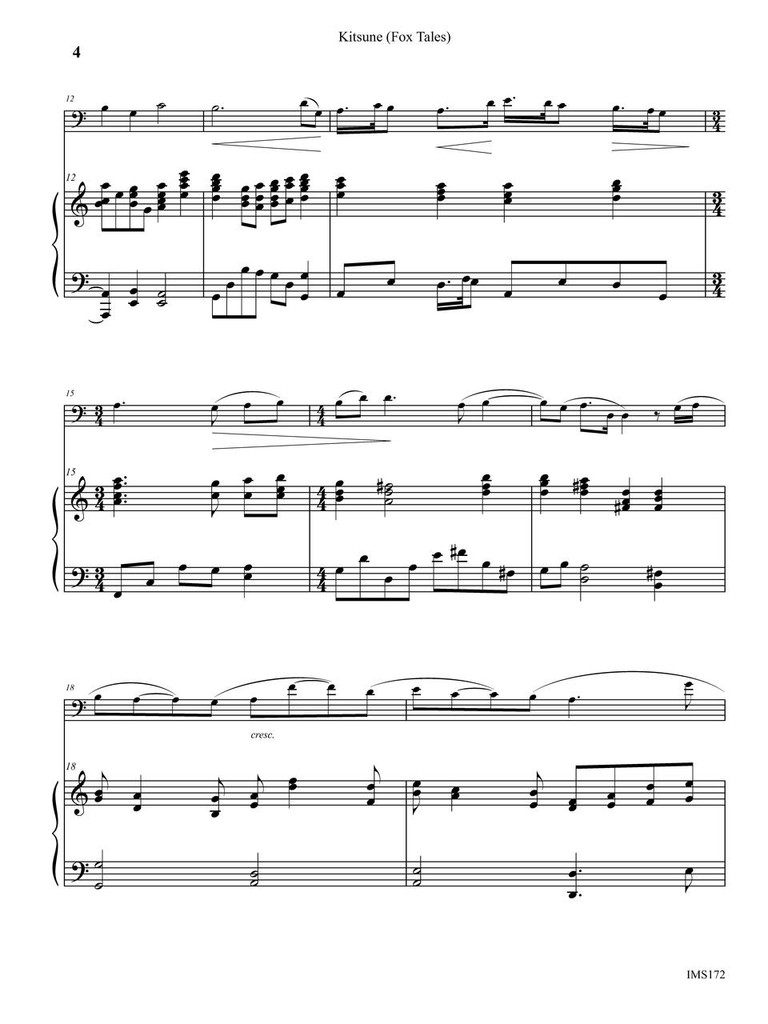 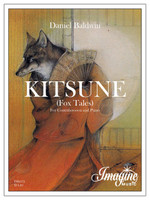 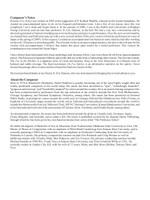 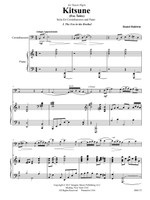 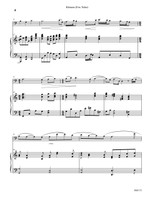 Kitsune (Fox Tales) was written in 2005 at the suggestion of P. KellachWaddle, a bassist in the Austin Symphony. He wanted an unaccompanied piece to do on his frequent performance tours. Like a few of my pieces, once this was completed, I set it aside and forgot about it. In the summer of 2008, I was at the double reed convention at Brigham Young University and ran into bass professor, H. Eric Hansen, in the hall. We had a very nice conversation and he showed a great deal of interest in helping me to revise this piece and give it a performance. Over the next several months, we chatted back and forth and came up with a nice revised edition of the solo version (which he performed on a tour of Japan in the spring of 2009). At his request, I created an accompaniment line based on some ideas he had after working on the solo. This piece is interchangeable. The solo part works as an unaccompanied piece, but also is the solo part for the version with accompaniment. I believe that makes this piece quite useful for a recital performer. This version for contrabassoon was created for Susan Nigro.

I have always been fascinated with Asian mythology and, because of this, I use it as a basis for all of my unaccompanied pieces. The Kitsune are Japanese folklore and myths that are in the form of interesting short stories. The first movement, The Fox in the Brothel, is a Japanese story of virtue and honesty. King of the Nine Mountains is a Chinese story of betrayal and subtle revenge. The final movement, On Fox Spirits, is an informative narrative on fox spirits. I have chosen the passage about women and have based the final movement on this.

My most profound thanks to my friend, H. Eric Hansen, who was instrumental in bringing this revised edition to you.