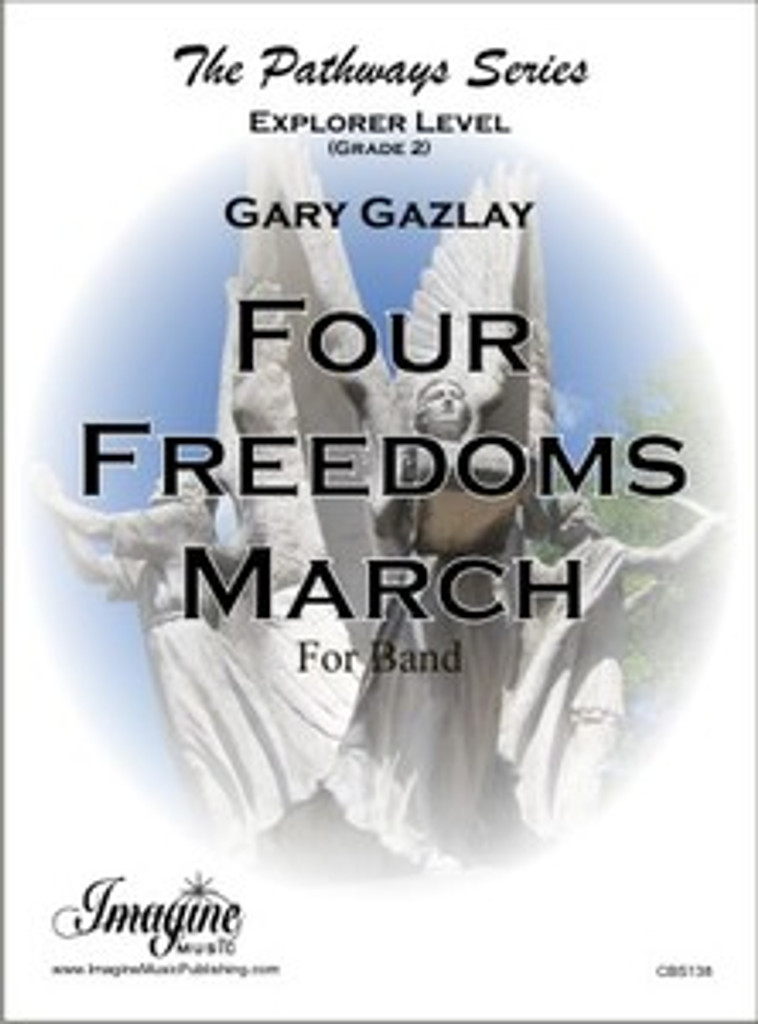 For Band (Grade 2)
By Gary Gazlay


The Four Freedoms Monument stands tall in the center of the city of Madison, Florida. This monument is a collection of four angels, each representing a different freedom. The four freedoms represented are: the freedom of speech and expression, freedom of worship, freedom from want and freedom from fear. These four freedoms were outlined in President Franklin D. Roosevelt's 1941 State of the Union Address.

Walter Russell sculpted the monument at the end of 1941 and in 1943 the monument was dedicated in NewYork City in front of 60,000 people to the memory of Colin P. Kelly, of Madison, Florida.

Colin P. Kelly was a WWII B-17 Flying Fortress pilot whose plane on December 10, 1941 was the first American B-17 to be shot down during combat. He was the first recognizedAmerican hero ofWorldWar II and gave his life to save his men. For his extraordinary heroism and selfless bravery, Kelly was posthumously awarded the Distinguished Service Cross.

On June 14, 1944, The Four Freedoms Monument was moved from New York City and taken to his hometown of Madison, Florida.

It is my hope that FOUR FREEDOMS MARCH will provide students with a song that they will enjoy learning to play and provide other music educators with a teaching tool that can be used to motivate and encourage their students.

FOUR FREEDOMS MARCH is dedicated to the citizens of Madison County, Florida.

FOUR FREEDOMS MARCH was awarded Honorable Mention in in the 2011 Pathways Series Contest.

Part of the Pathways Series for band.