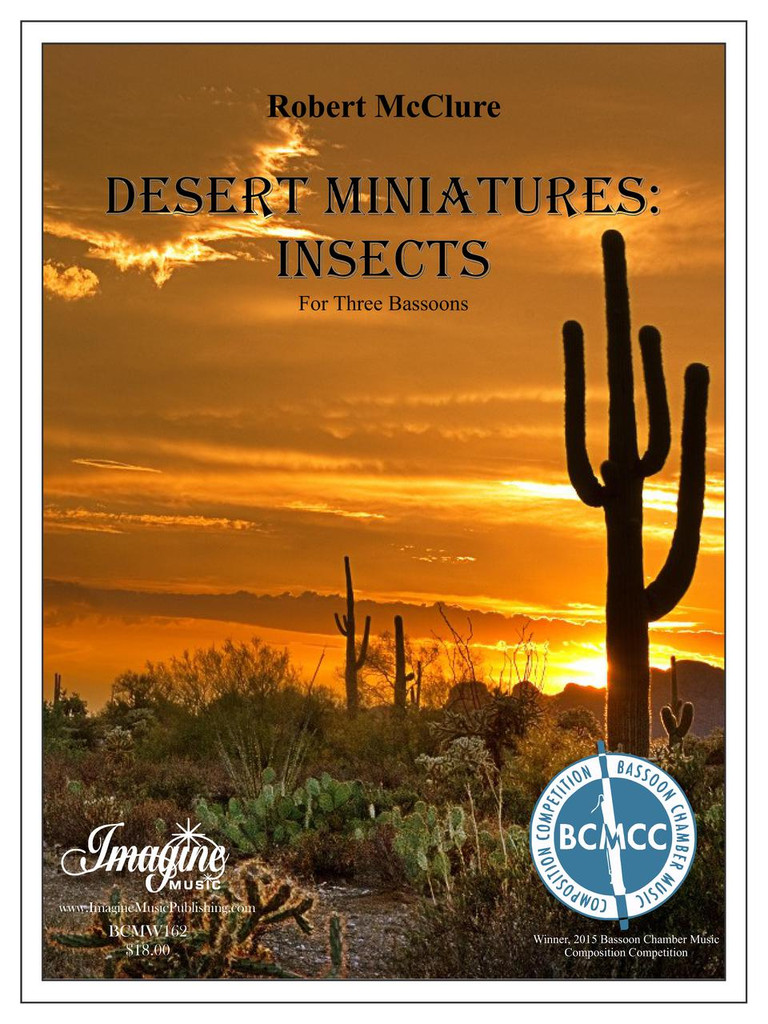 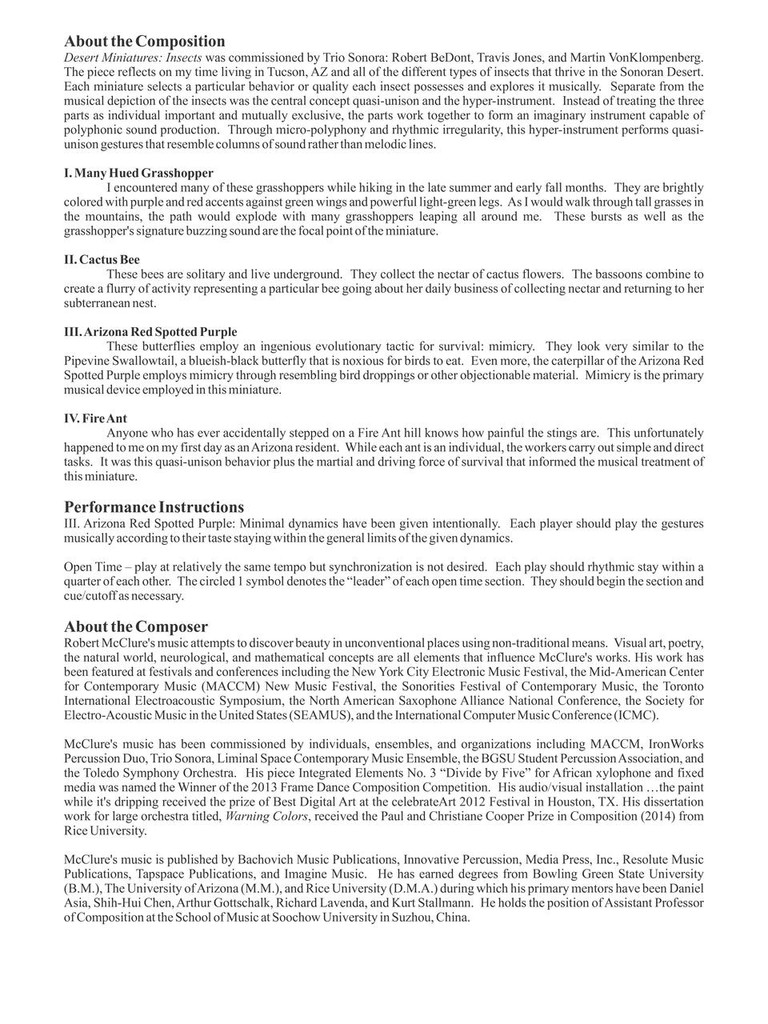 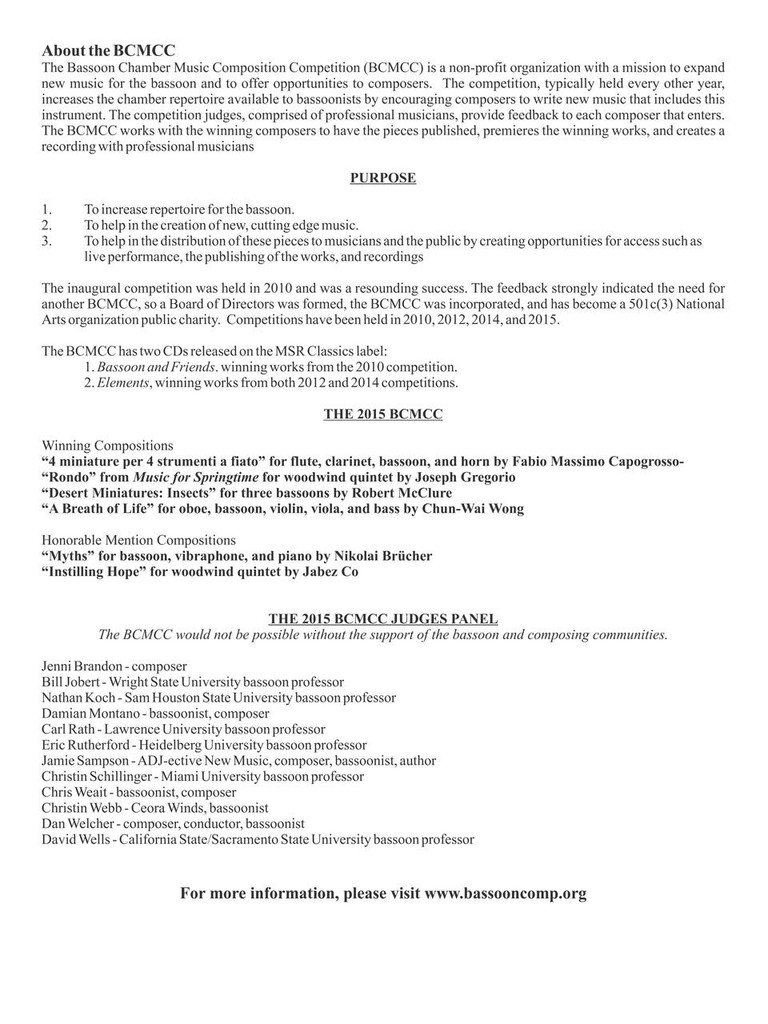 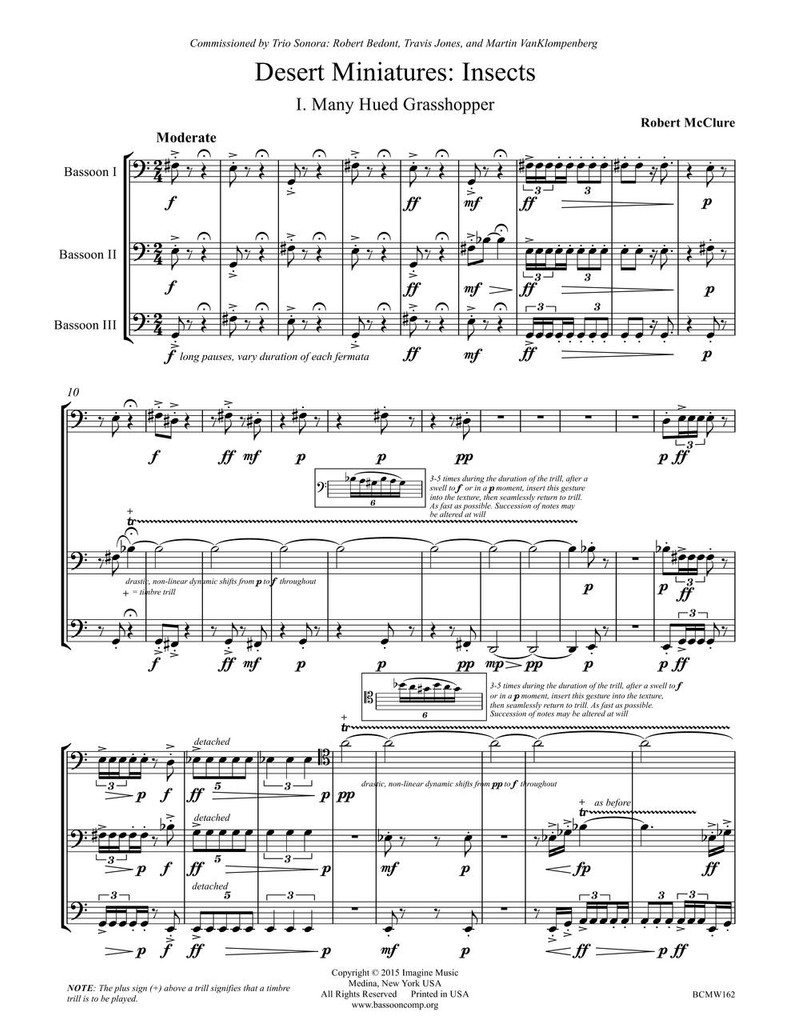 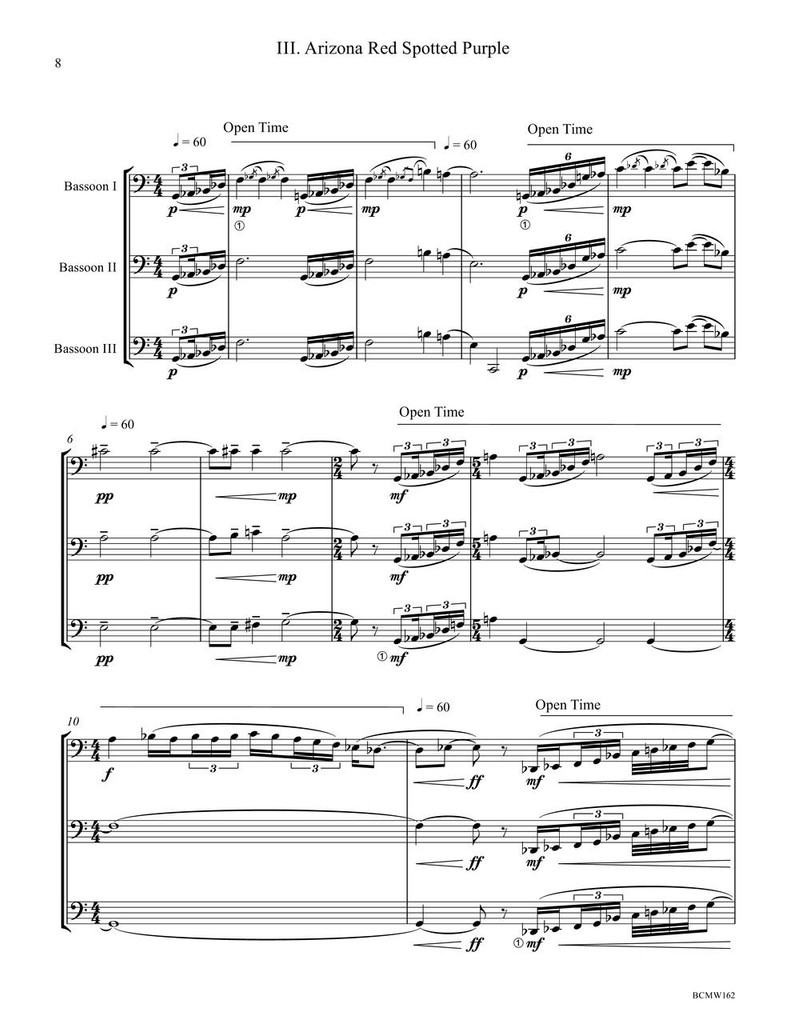 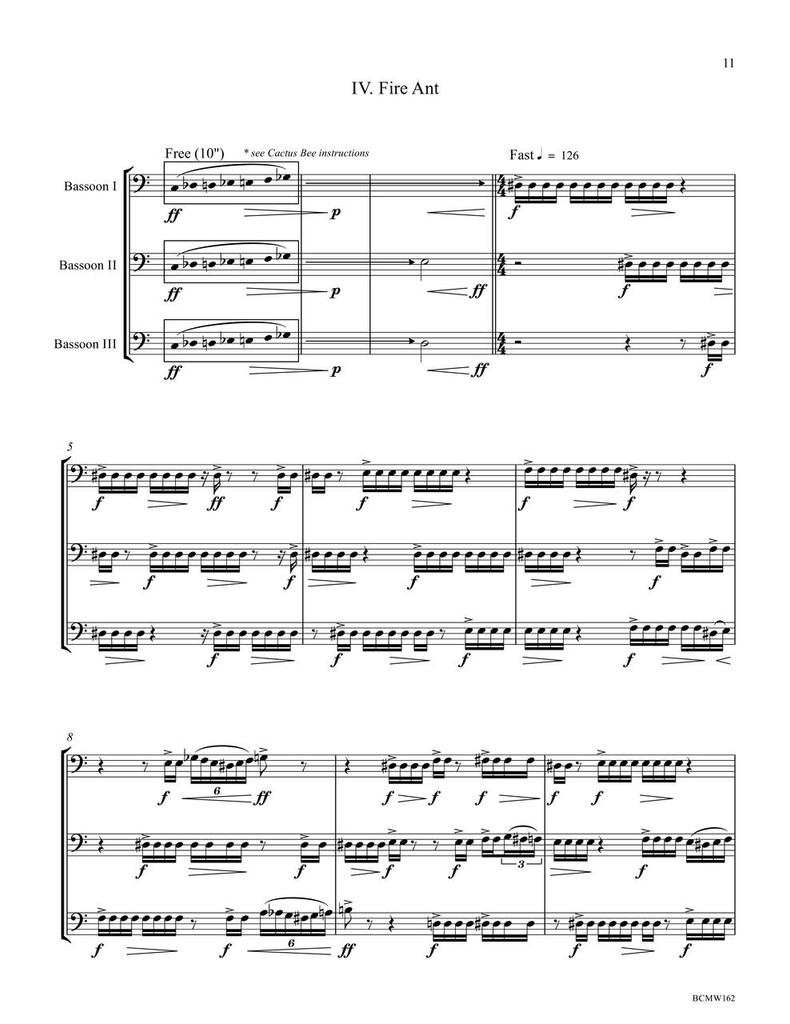 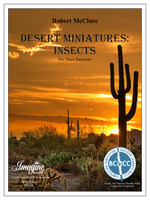 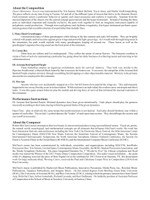 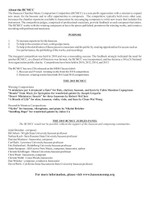 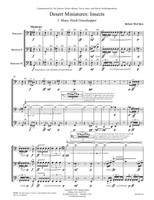 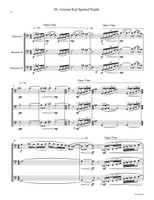 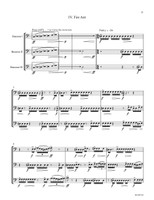 Desert Miniatures: Insects was commissioned by Trio Sonora: Robert BeDont, Travis Jones, and Martin VonKlompenberg. The piece reflects on my time living in Tucson, AZ and all of the different types of insects that thrive in the Sonoran Desert. Each miniature selects a particular behavior or quality each insect possesses and explores it musically. Separate from the musical depiction of the insects was the central concept quasi-unison and the hyper-instrument. Instead of treating the three parts as individual important and mutually exclusive, the parts work together to form an imaginary instrument capable of polyphonic sound production. Through micro-polyphony and rhythmic irregularity, this hyper-instrument performs quasiunison gestures that resemble columns of sound rather than melodic lines.

I. Many Hued Grasshopper
I encountered many of these grasshoppers while hiking in the late summer and early fall months. They are brightly colored with purple and red accents against green wings and powerful light-green legs. As I would walk through tall grasses in the mountains, the path would explode with many grasshoppers leaping all around me. These bursts as well as the
grasshopper's signature buzzing sound are the focal point of the miniature.

II. Cactus Bee
These bees are solitary and live underground. They collect the nectar of cactus flowers. The bassoons combine to create a flurry of activity representing a particular bee going about her daily business of collecting nectar and returning to her subterranean nest.

III.Arizona Red Spotted Purple
These butterflies employ an ingenious evolutionary tactic for survival: mimicry. They look very similar to the Pipevine Swallowtail, a blueish-black butterfly that is noxious for birds to eat. Even more, the caterpillar of the Arizona Red Spotted Purple employs mimicry through resembling bird droppings or other objectionable material. Mimicry is the primary
musical device employed in this miniature.

IV. Fire Ant
Anyone who has ever accidentally stepped on a Fire Ant hill knows how painful the stings are. This unfortunately happened to me on my first day as anArizona resident. While each ant is an individual, the workers carry out simple and direct tasks. It was this quasi-unison behavior plus the martial and driving force of survival that informed the musical treatment of this miniature.