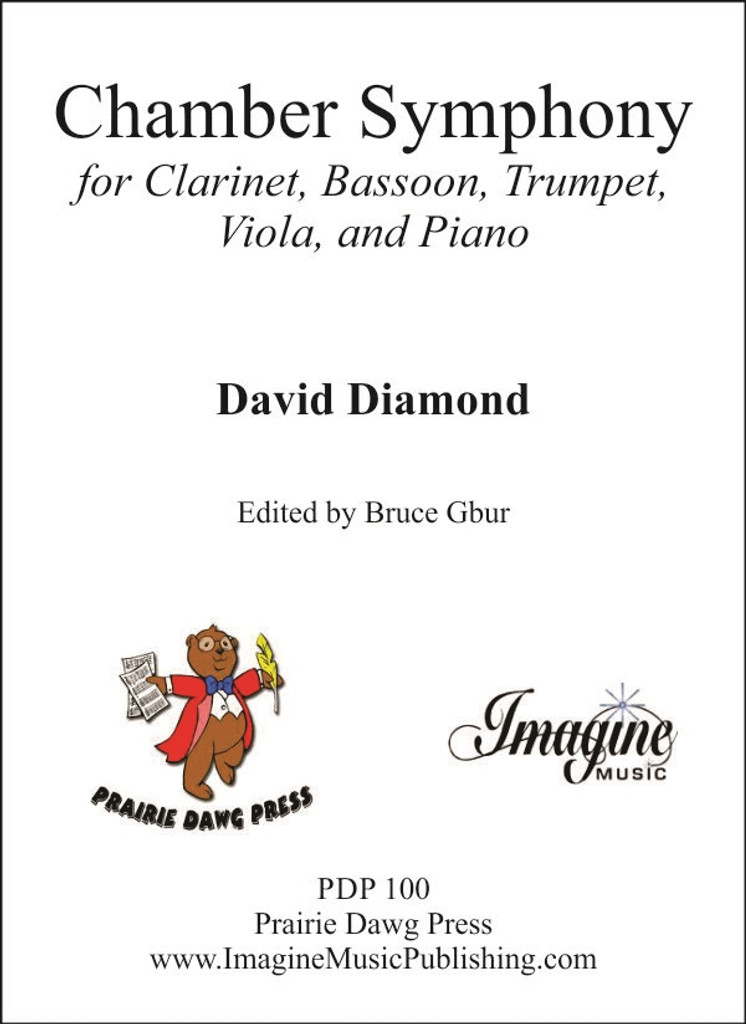 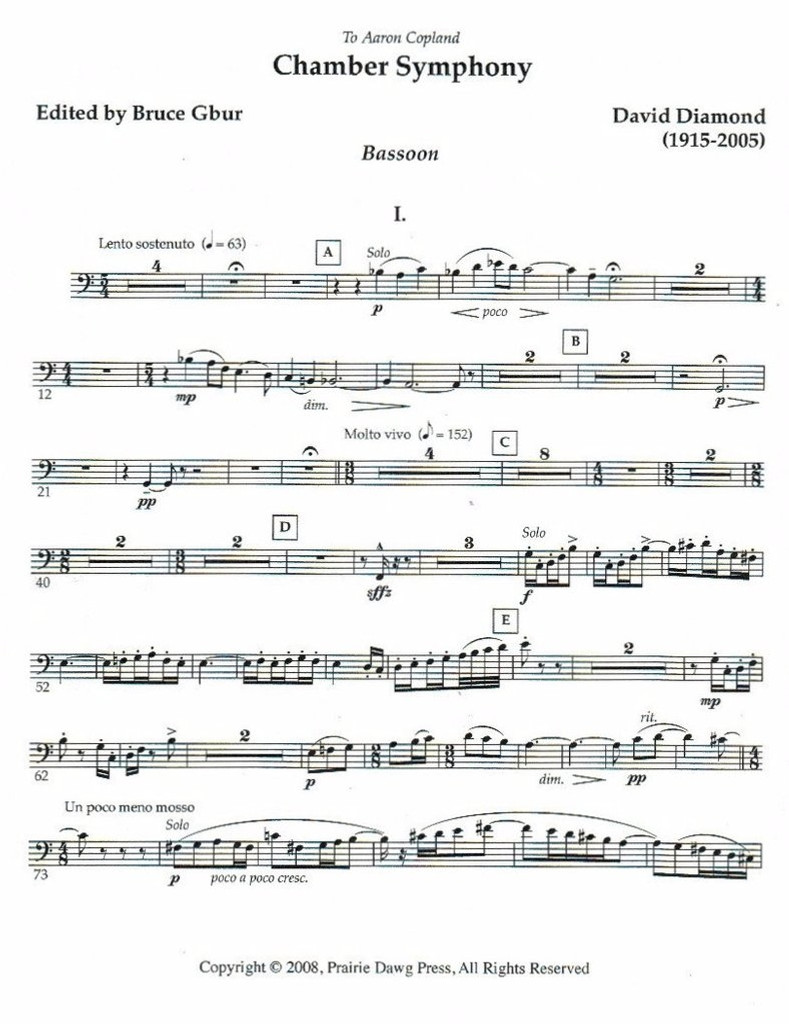 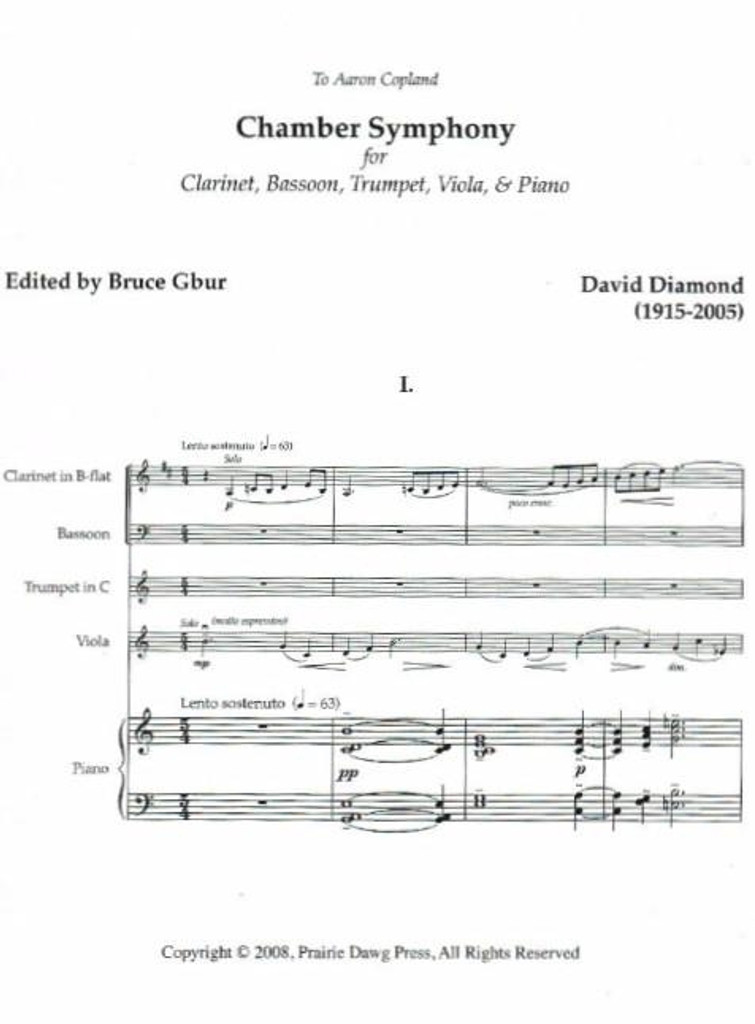 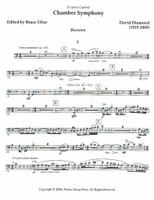 The Chamber Symphony dates from his New York period before he studied with the legendary Nadia Boulanger (1887-1979) at the American Conservatory outside of Paris. Like other works from his early 20s, this piece exhibits an extraordinary grasp of structure and overall design within a tonal harmonic language. The unusual scoring (clarinet, bassoon, viola, trumpet, and piano), like so many other chamber pieces written between the two World Wars, shows the influence of Igor Stravinsky (1882-1971), who would later become a close friend of the young American. The Chamber Symphony was premiered on 7 May 1937 at the Federal Theater in New York City. Jacques Gordon conducted the WP A Ensemble. Evidently the group was under-rehearsed and Diamond was not happy the performance. Thinking that the fault lay with the composition itself, he consigned the score and parts to a trunk in the attic of the family home in Rochester where it remained for over fifty years.
I ran across a reference to the Chamber Symphony in the early 1990s and telephoned David Diamond to ask if I could get a copy of it. Thus began a sporadic exchange of telephone calls and postcards over the next five years. Among other things, we discovered that his parents and my paternal grandmother had come from the same region of Ukraine. Eventually he "tottered up to the attic" and sent me a copy of the score, with his penciled corrections, and his original parts, which I photocopied and returned to him. I performed the piece with colleagues at Kansas State University and sent Diamond a copy of the recording. He was ecstatic with our performance and told me "I wonder why I've suppressed it for all these years?" I got to meet David Diamond in June 2000 and we discussed the possibility of trying to get the Chamber Symphony published. He averred that his regular publishers wouldn't be interested owing to the limited market for such a work.
A year after David Diamond's death I began my venture into music publishing and contacted Sam Elliott, a close friend of the composer's who serves as the executor for his estate. Mr. Elliott was happy to hear that I wanted to publish the Piece through Prairie Dawg Press and gave his kind permission to do so. I hope that my colleagues will enjoy this work as much as I have and that it will receive frequent performances.