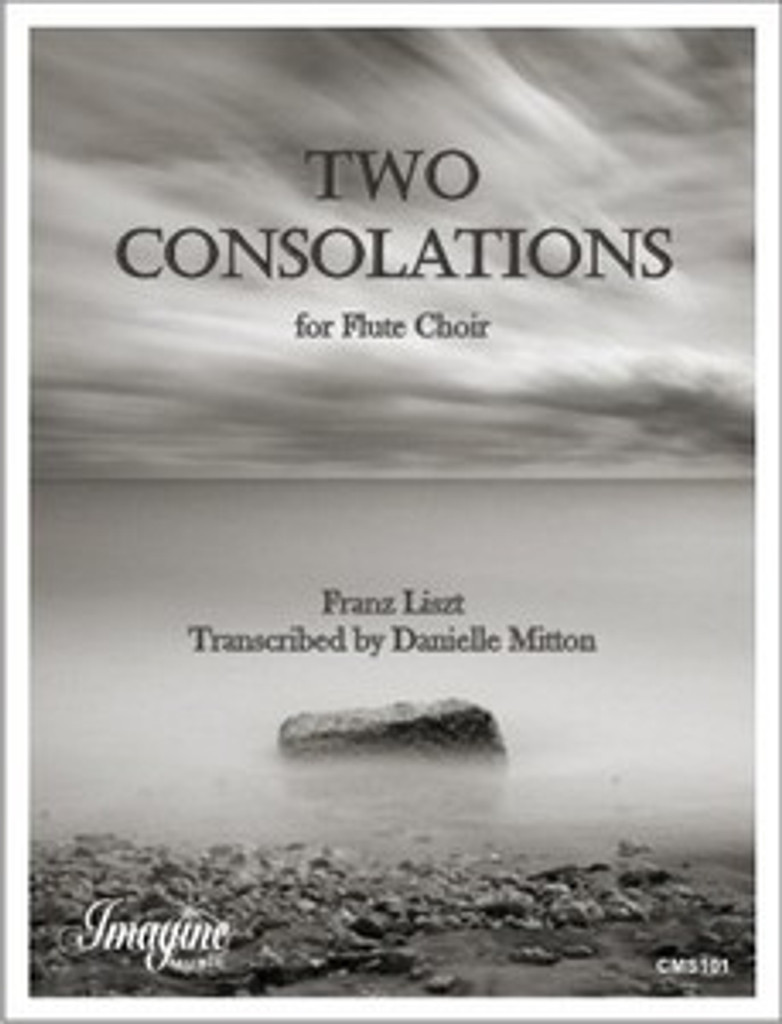 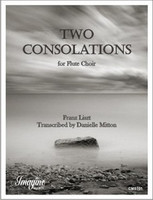 For Flute Choir
By Danielle Mitton
Franz Liszt began his set of six Consolations in the early 1840s, although it wasn't until 1849 that the ideas had been worked out. Completed in 1850, they neared the beginning of Liszt's most productive period in his career. The consolations were inspired by a set of poems of the same name, published in 1830 by the French historian Charles Sainte-Beuve. In this set of six consolations Liszt chose to write music simply to serve the melodic material. They are among his most well known works for piano.