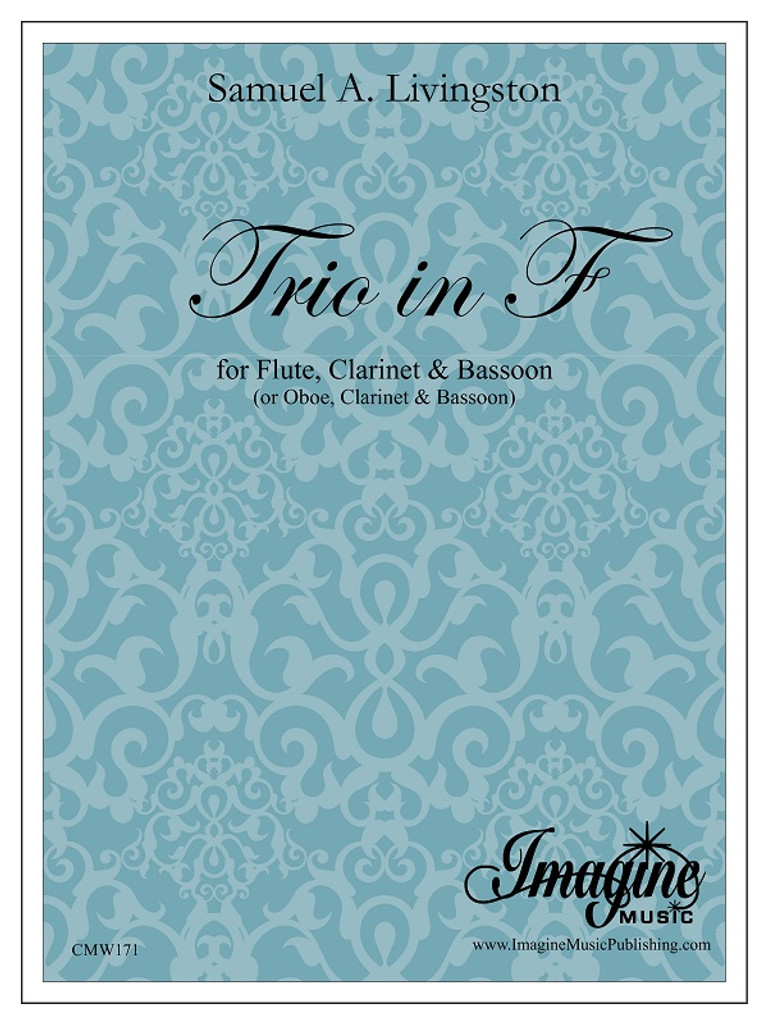 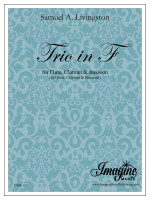 I wrote this piece for a flute, clarinet, and bassoon trio called “Tripleplay Winds,” but by the time I finished it, the bassoon player had moved away and the group had disbanded. I later created a version for oboe, clarinet, and bassoon, which differs only slightly from the original version. There does not seem to be a lot of music written for either combination of instruments, and I think they are both good combinations. The sounds of the three instruments blend well, but the voices are different enough to make it easy for the listener to hear each line. The bassoon part can be played on a cello, if no bassoon player is available, but I wrote the piece with the sound of the bassoon in mind, and I think it will sound best that way. The flute or oboe gets the main melody more often than the other two instruments do, but each instrument gets plenty of chances to carry the tune.

I would describe the style of the piece as folk-inspired classical chamber music. The first and third movements are in 7/8 (grouped 3, 2, 2); the middle movement is in 5/4 (grouped 3, 2). These time signatures are rare in classical music but common in the folk music of some eastern European countries, and I have used them in other compositions. I like them because they make it easy to create melodies that are rhythmically interesting without sounding gimmicky or contrived. The melodies could be described as folk-like or dance-like. The harmonies are simple, modal, and consonant.

The composition techniques are those of classical chamber music. The first and third movements are in sonata form (more or less). The second movement is in a simple ABA song form. In all three movements, there is at least one melody being played at all times, and often more than one. There is a lot of echoing of melodic phrases, trading of parts, dividing a melody between two or three instruments, etc. The texture is homophonic in some places and contrapuntal in others. In the homophonic passages, I tried to make each part as melodic as possible. In the contrapuntal passages, I tried to make each part sound as if it could plausibly be the main melody. My goal in composing is to write music that is satisfying for the players and enjoyable for the listeners.