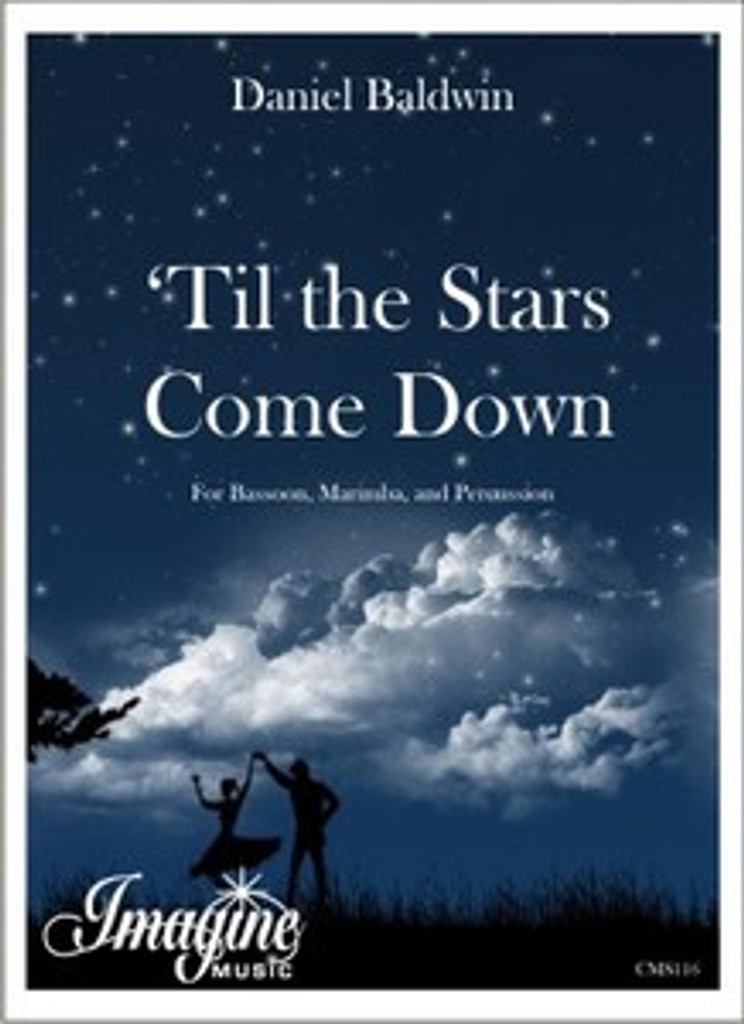 For Bassoon, Percussion, and Marimba
By Daniel Baldwin

COMPOSER'S NOTES
In July of 2010, my good friend Carl Rath contacted me and asked that I compose a piece for him,  along with a percussion colleague at the University of Oklahoma. He hoped to perform the piece at the 2011 International Double Reed Society (IDRS) convention. His request was for a suite of pieces that incorporated dance music from around the world. Further, he requested a piece that would be performed by more than just the two traditional performers. The result was ¿Til the Stars Come Down.

The featured instruments in this piece are the marimba and the bassoon, but the piece has numerous battery instruments (even for the bassoonist to play). For the ambitious performer, I have included an option to incorporate dancers as well.  The percussionist can feel free to ad lib or augment the written part, including adding additional percussion instruments.

The first movement, Eisa, is an Asian dance that begins with a broad introduction leading into a grand dance. The main melody is borrowed from a very familiar Eisa Dance from a popular 1980¿s movie. Although this dance is quite serious, I have included an optional "gong contest" section to incorporate some levity. If you really sell this section to the audience and have fun with it, it will be an entertaining moment in the movement.

The second movement, Tango, is a Spanish dance with a flashy introduction in the bassoon line that leads into another familiar main theme borrowed from a cinematic tango. This movement has lots of energy, and if dancers are used, the energy should be echoed by them.

Movement three, Pas de Deux, is a beautifully lush French dance movement that is reminiscent of the graceful slow movements from popular ballets (and should be danced thus).

The final movement, Rumba, is an energetic Cuban Dance, reminiscent of the New York style of Rumba made popular in the 20th Century. It is filled with excitement and rhythmic interest, which leads to a satisfying conclusion.

''Til the Stars Come Down was commissioned by and is gratefully dedicated to my friend, Carl Rath, who premiered the piece on June 2, 2011, at the International Double Reed Convention at Arizona State University.