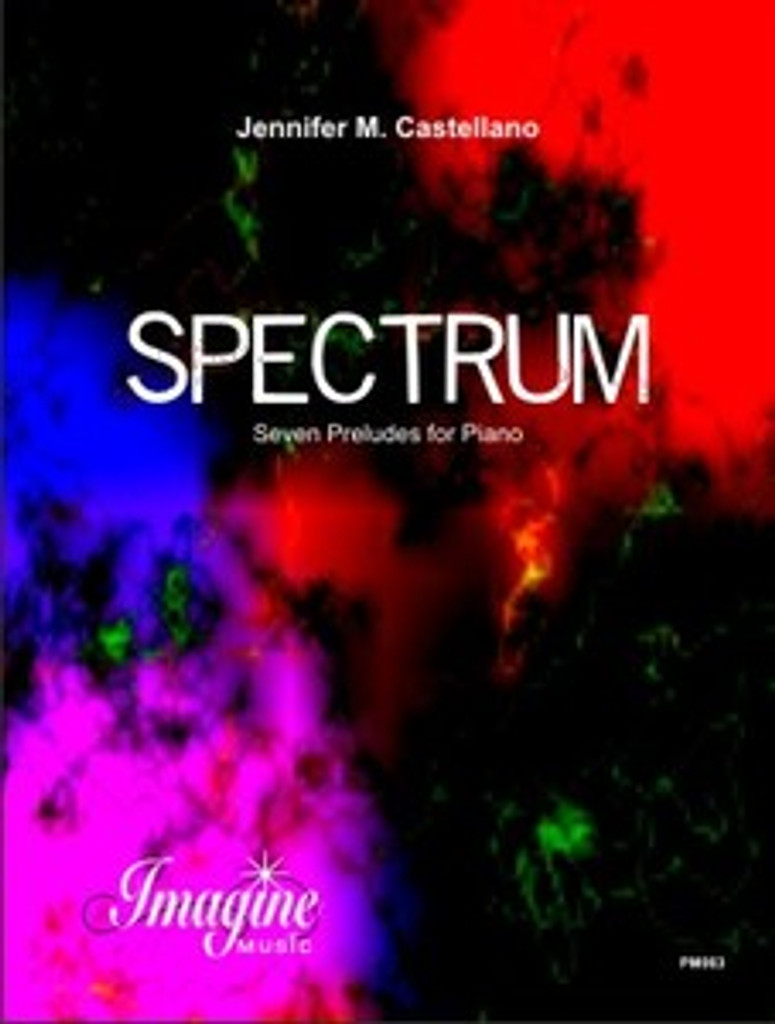 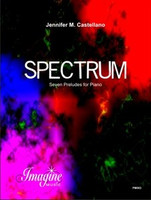 Spectrum, Seven Preludes for Piano was inspired by a work by the American artist, Ellsworth Kelly (b. 1923).  The composer writes, "When I was a freshman in college, I saw his work entitled Spectrum at the Metropolitan Museum of Art.  The work consisted of thirteen large panels, and each contained a different color or shade of color.  The first panel was yellow and the last was yellow.  To me this work was a visual representation of a chromatic scale played one full octave up the piano keyboard.  Five years after the magnificent sighting at the Met, I decided that I wanted to make an audio representation of the seven colors of the rainbow, each represented by a different tonality or pitch center: A being red, B orange, C yellow, D green, E blue, F indigo, and G violet."  Spectrum abandons the use of the conventional major-minor key systems and instead uses a scale which the composer invented called the Castellonian Mode.  In it’s original form the scale is spelled C D E F G G# (or Ab) A Bb C.  The sound of this new tonal system exhibits both major and minor-like qualities and yet has a new sonority of its own.  The Castellonian Mode was invented in the summer of 2004 and has served as the basis of many of her tonal compositions.

A Prelude for Woodwinds