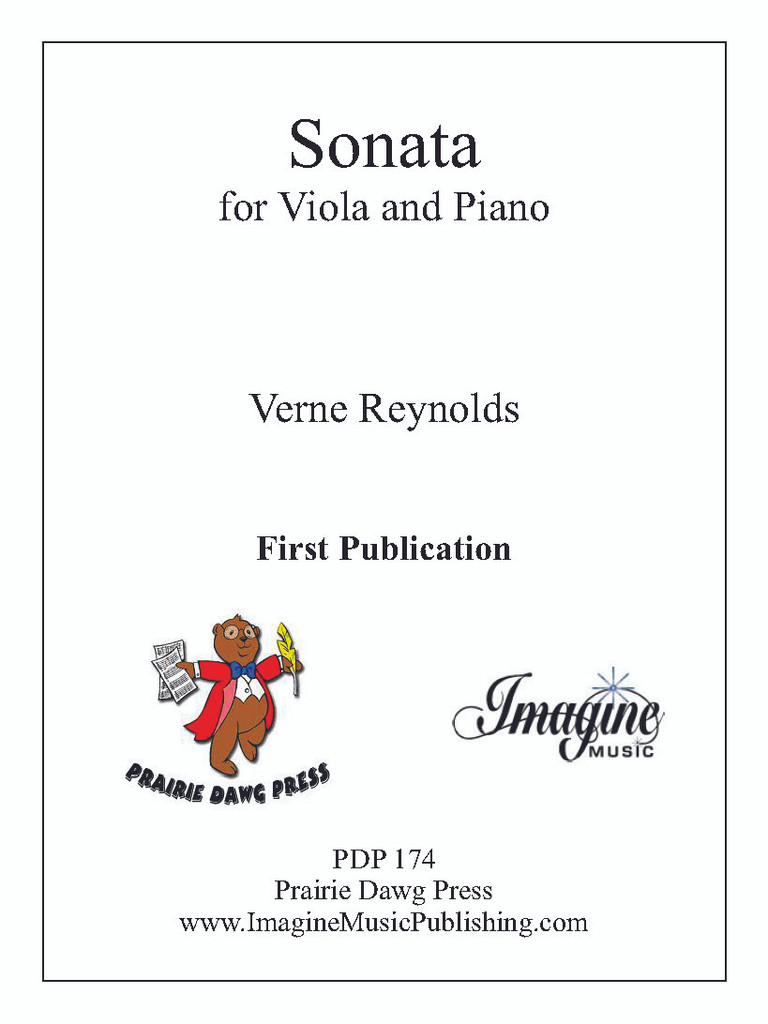 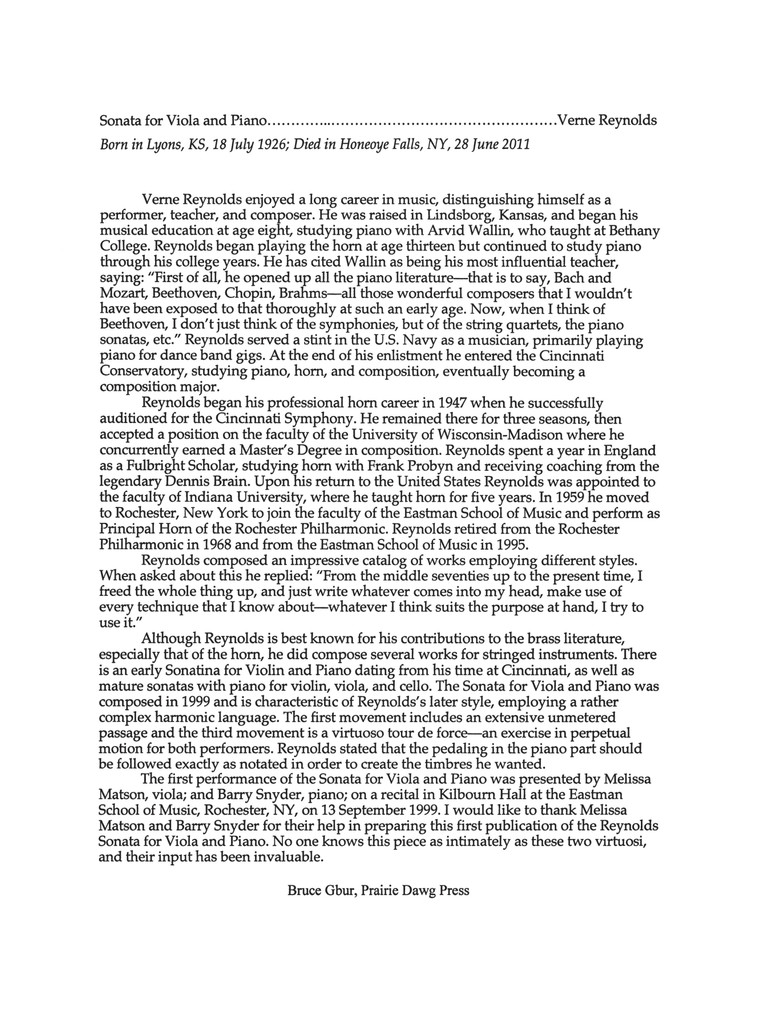 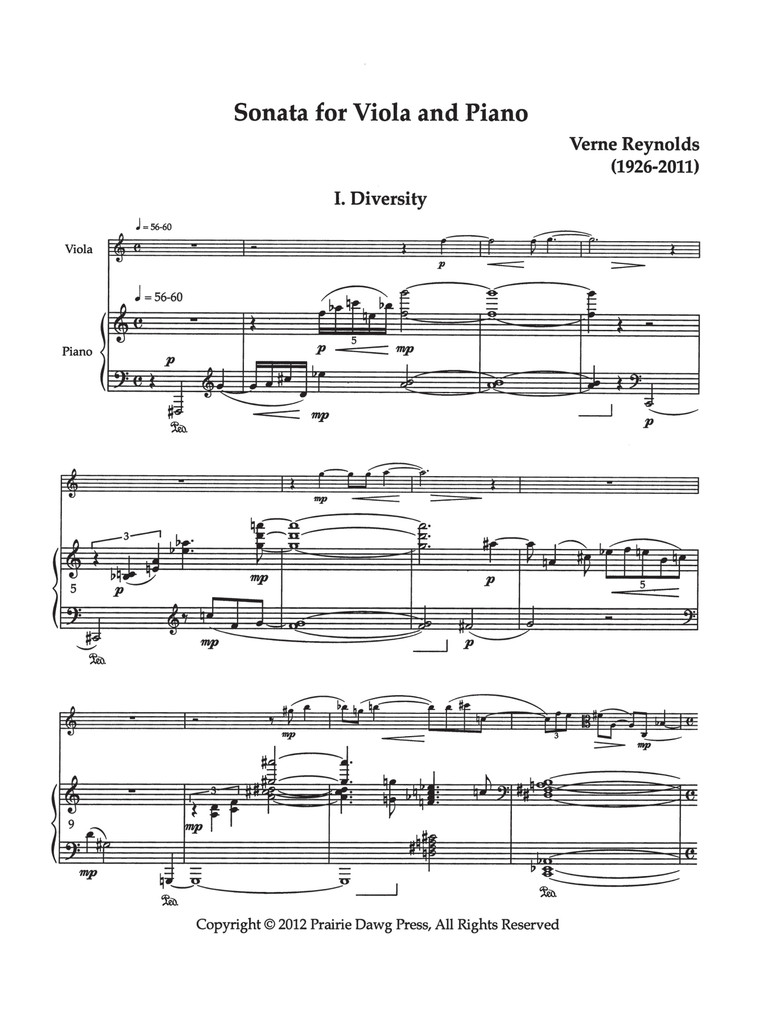 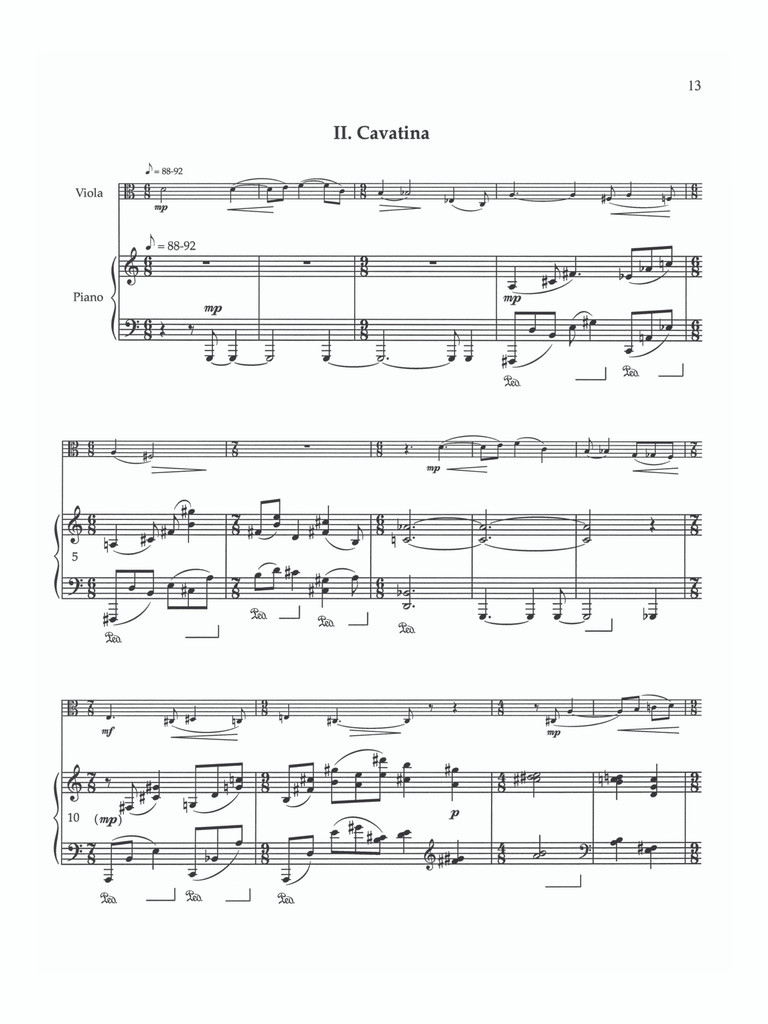 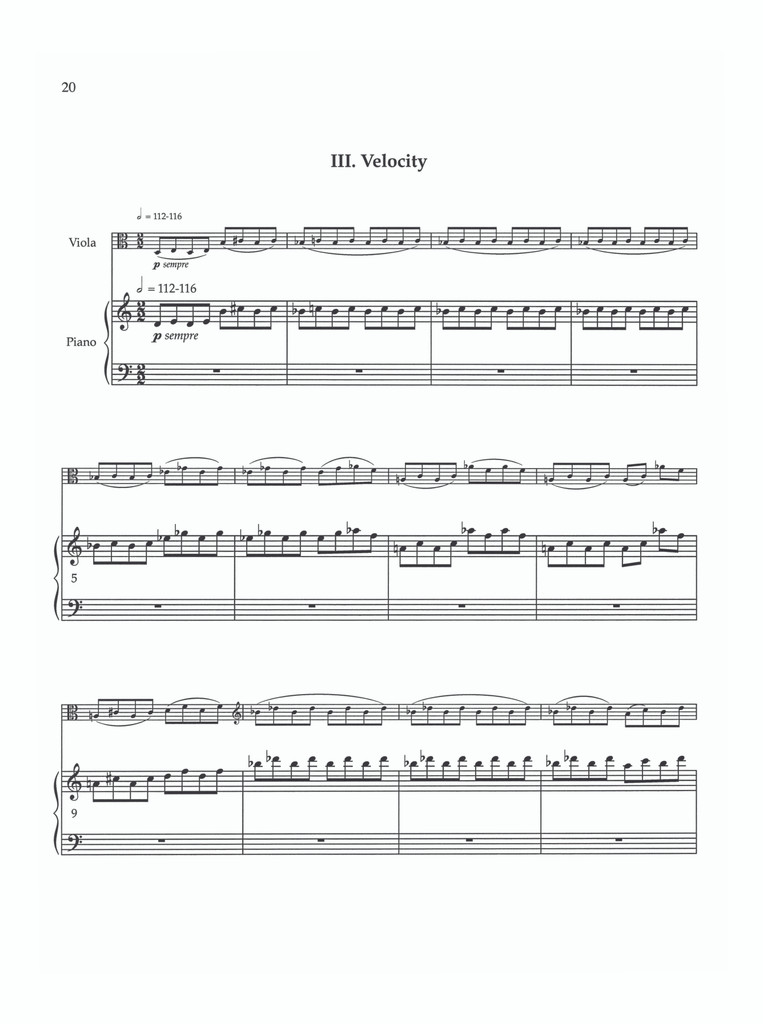 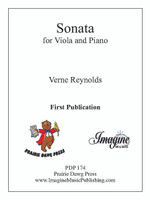 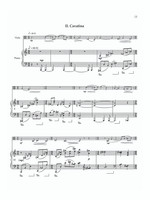 Although Reynolds is best known for his contributions to the brass literature, especially that of the horn, he did compose several works for stringed instruments. There is an early Sonatina for Violin and Piano dating from his time at Cincinnati, as well as mature sonatas with piano for violin, viola, and cello. The Sonata for Viola and Piano was composed in 1999 and is characteristic of Reynolds' s later style, employing a rather complex harmonic language. The first movement includes an extensive unmetered passage and the third movement is a virtuoso tour de force-an exercise in perpetual motion for both performers. Reynolds stated that the pedaling in the piano part should be followed exactly as notated in order to create the timbres he wanted.

The first performance of the Sonata for Viola and Piano was presented by Melissa Matson, viola; and Barry Snyder, piano; on a recital in Kilbourn Hall at the Eastman School of Music, Rochester, NY, on 13 September 1999. I would like to thank Melissa Matson and Barry Snyder for their help in preparing this first publication of the Reynolds Sonata for Viola and Piano. No one knows this piece as intimately as these two virtuosi, and their input has been invaluable.