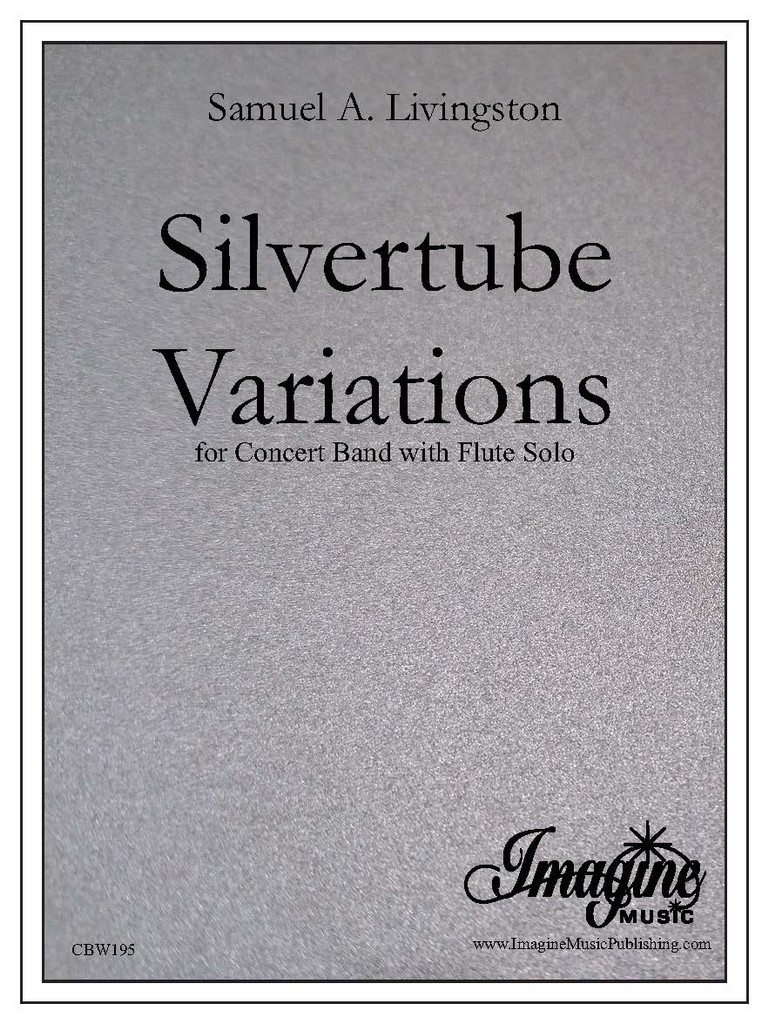 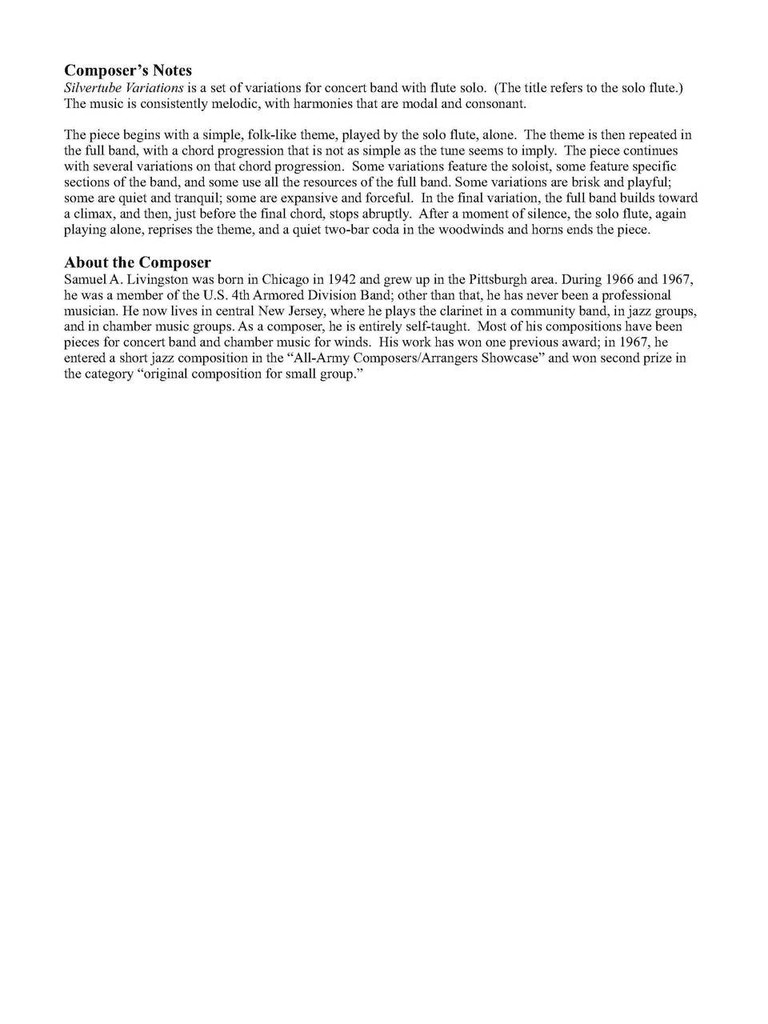 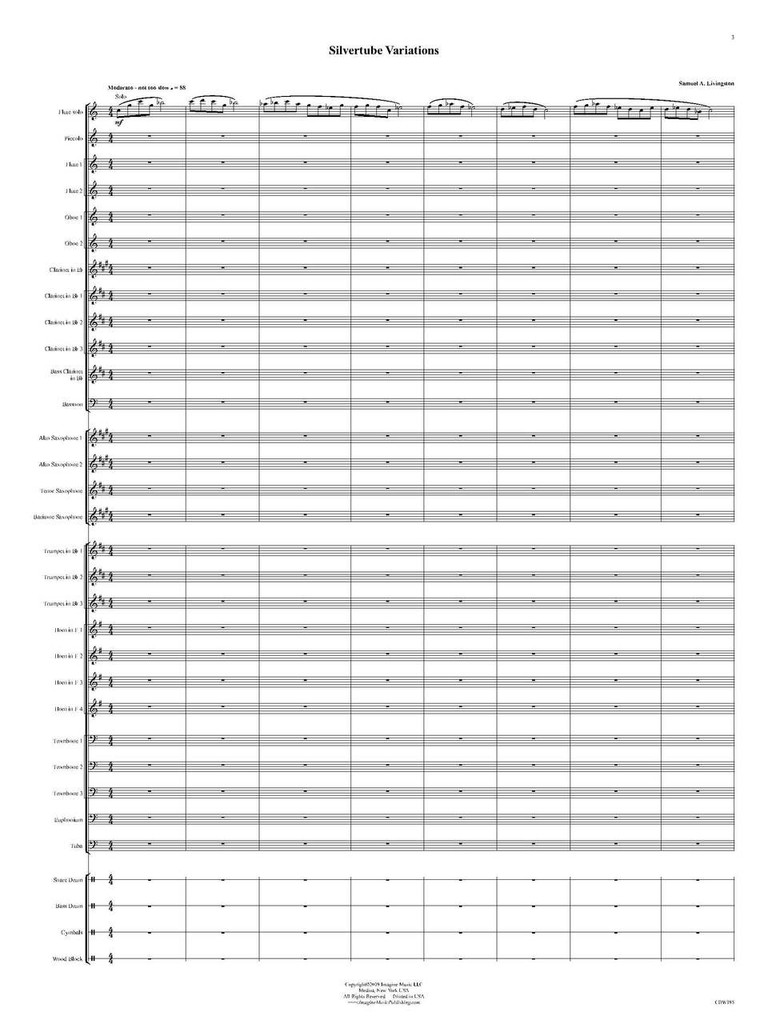 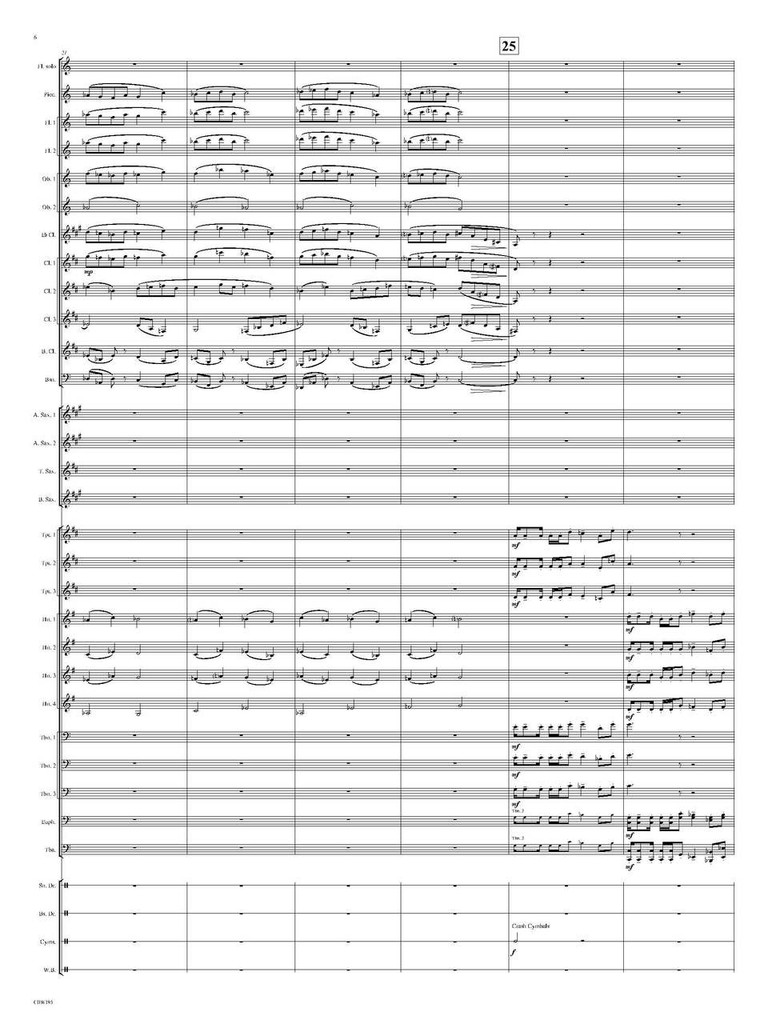 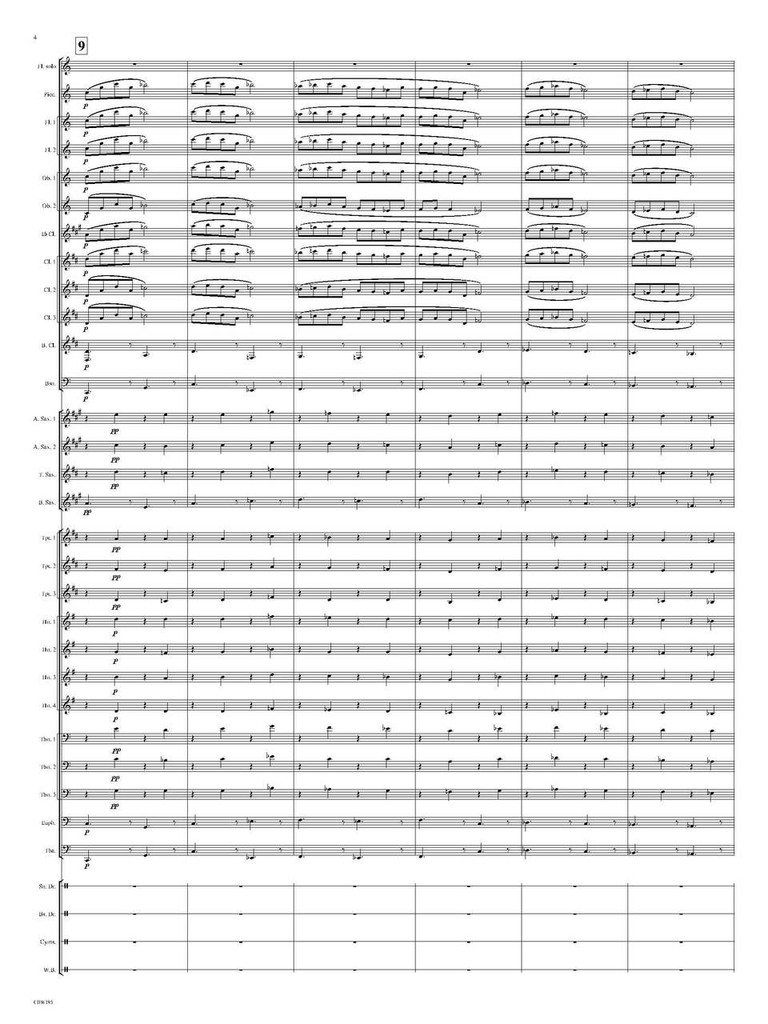 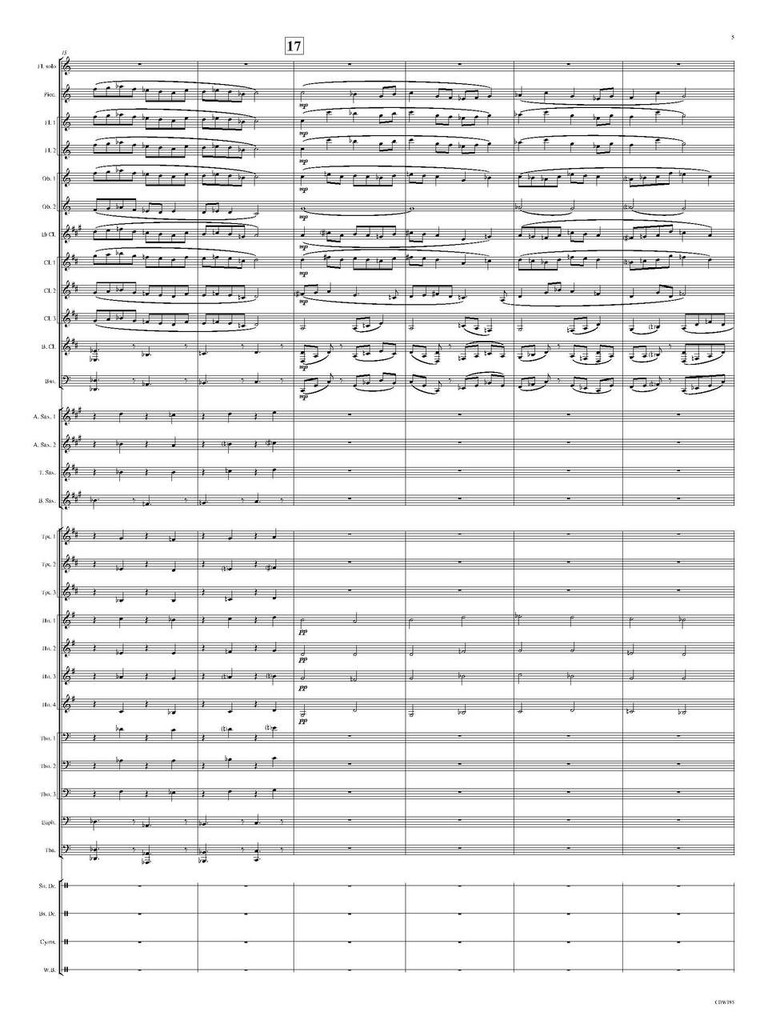 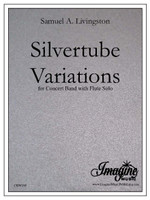 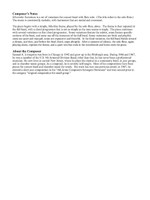 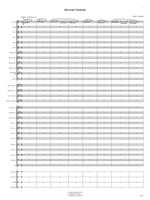 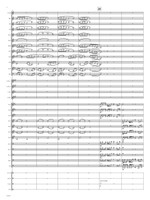 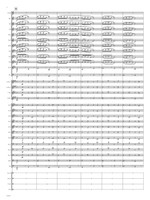 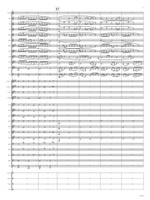 Silvertube Variations is a set of variations for concert band with flute solo. (The title refers to the solo flute.) The music is consistently melodic, with harmonies that are modal and consonant.

The piece begins with a simple, folk-like theme, played by the solo flute, alone. The theme is then repeated in the full band, with a chord progression that is not as simple as the tune seems to imply. The piece continues with several variations on that chord progression. Some variations feature the soloist, some feature specific sections of the band, and some use all the resources of the full band. Some variations are brisk and playful; some are quiet and tranquil; some are expansive and forceful. In the final variation, the full band builds toward a climax, and then, just before the final chord, stops abruptly. After a moment of silence, the solo flute, again playing alone, reprises the theme, and a quiet two-bar coda in the woodwinds and horns ends the piece.