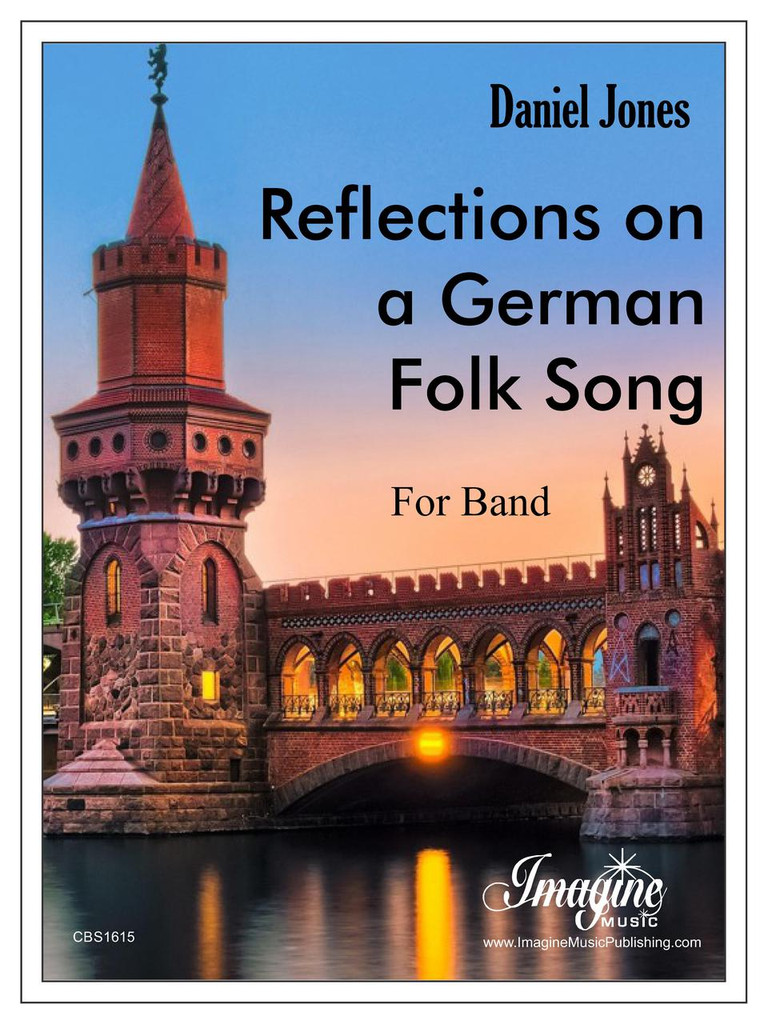 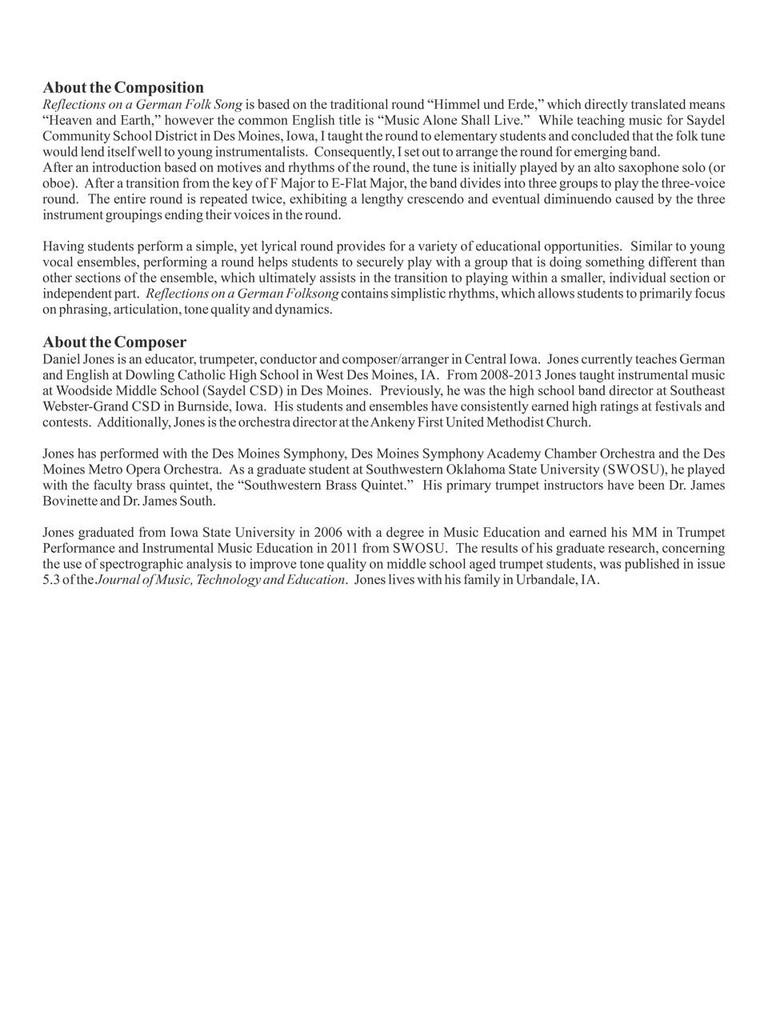 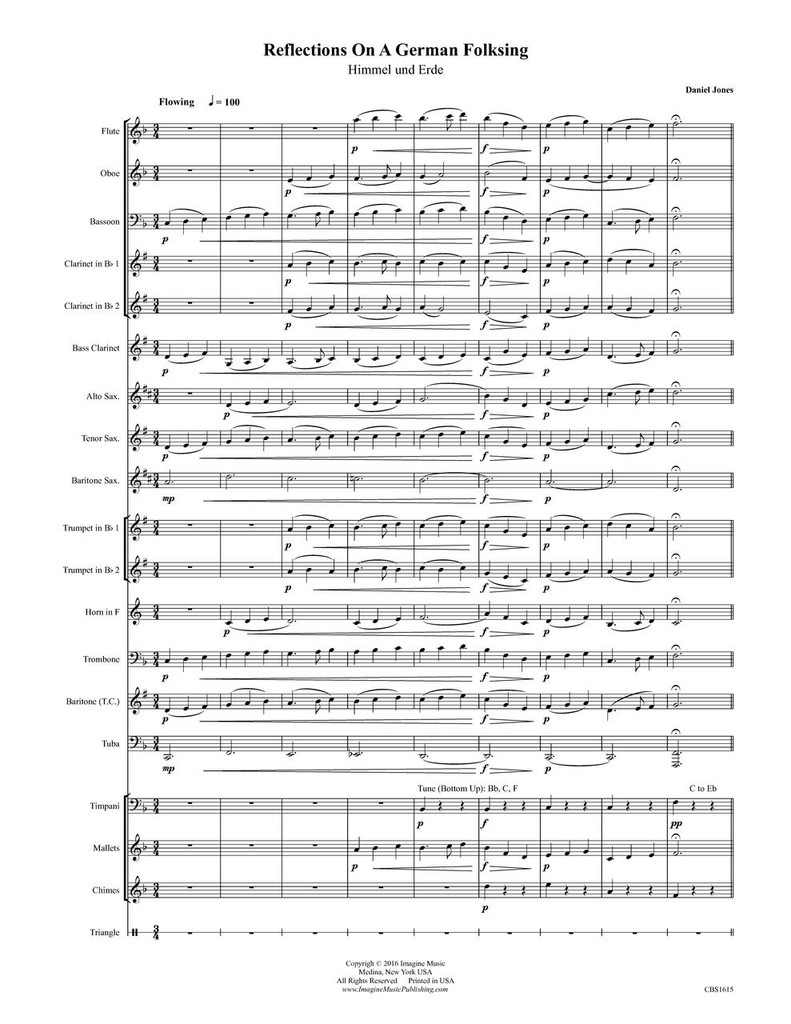 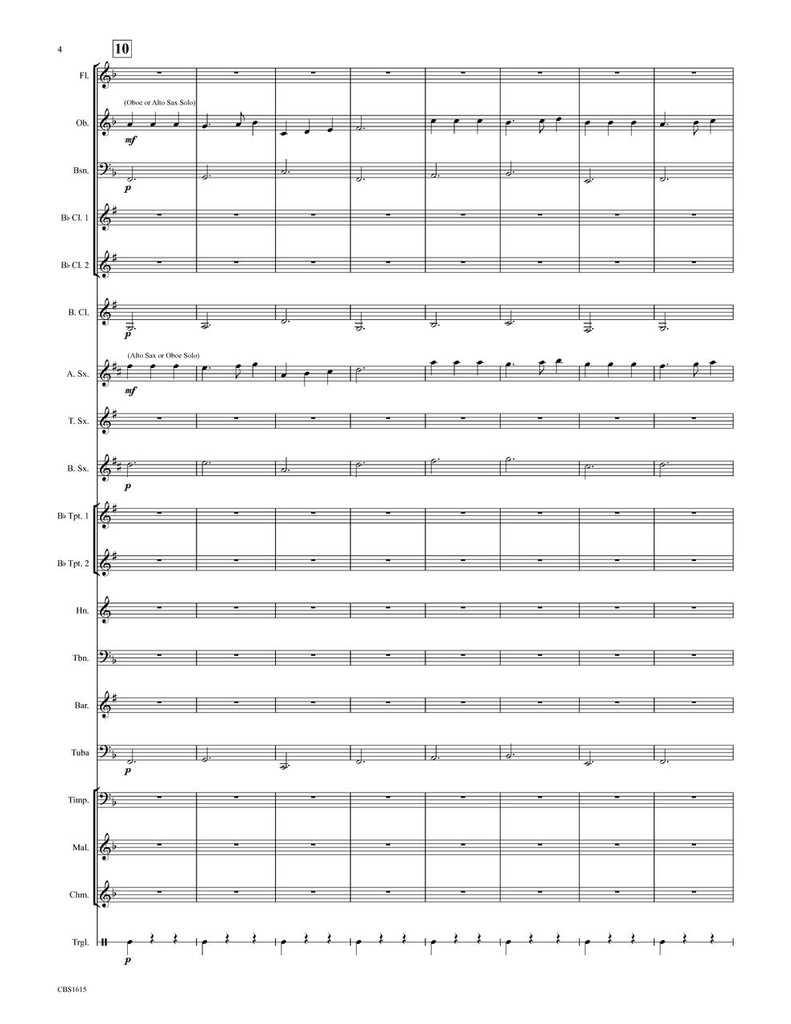 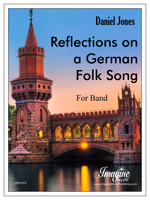 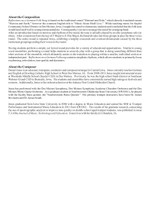 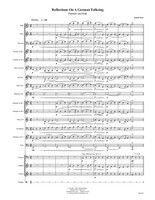 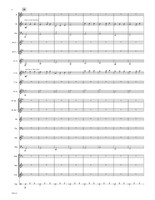 For Band
By Daniel Jones

Reflections on a German Folk Song is based on the traditional round “Himmel und Erde,” which directly translated means “Heaven and Earth,” however the common English title is “Music Alone Shall Live.” While teaching music for Saydel Community School District in Des Moines, Iowa, I taught the round to elementary students and concluded that the folk tune
would lend itself well to young instrumentalists. Consequently, I set out to arrange the round for emerging band. After an introduction based on motives and rhythms of the round, the tune is initially played by an alto saxophone solo (or oboe). After a transition from the key of F Major to E-Flat Major, the band divides into three groups to play the three-voice
round. The entire round is repeated twice, exhibiting a lengthy crescendo and eventual diminuendo caused by the three instrument groupings ending their voices in the round.

Having students perform a simple, yet lyrical round provides for a variety of educational opportunities. Similar to young vocal ensembles, performing a round helps students to securely play with a group that is doing something different than other sections of the ensemble, which ultimately assists in the transition to playing within a smaller, individual section or independent part. Reflections on a German Folksong contains simplistic rhythms, which allows students to primarily focus on phrasing, articulation, tone quality and dynamics.