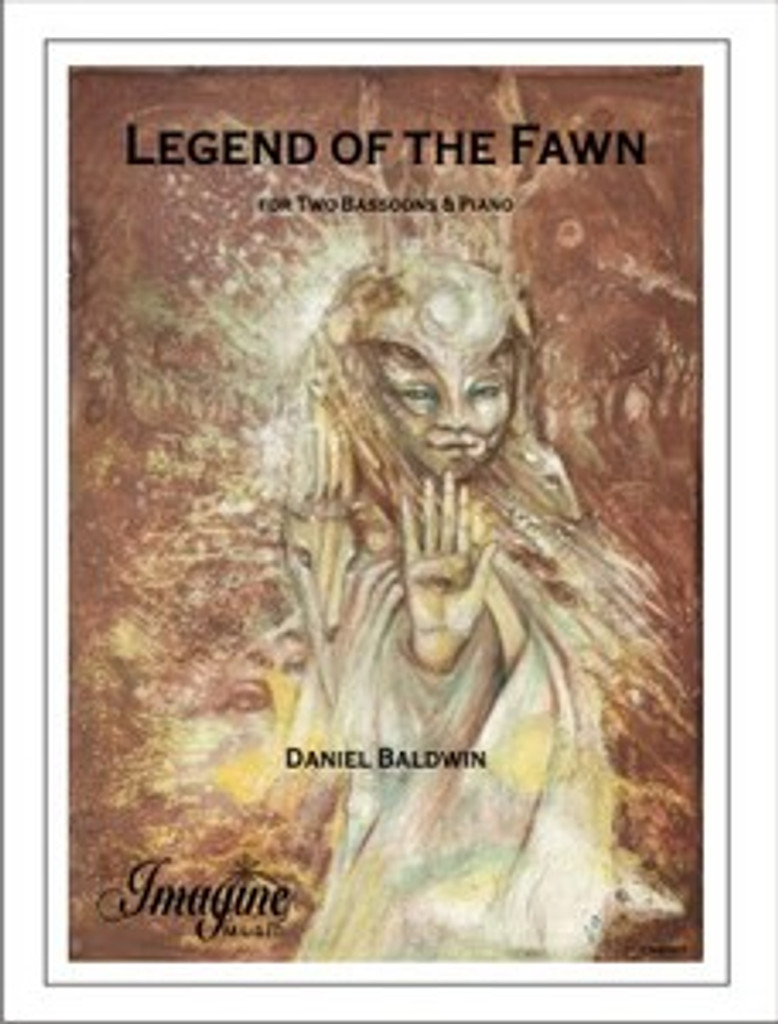 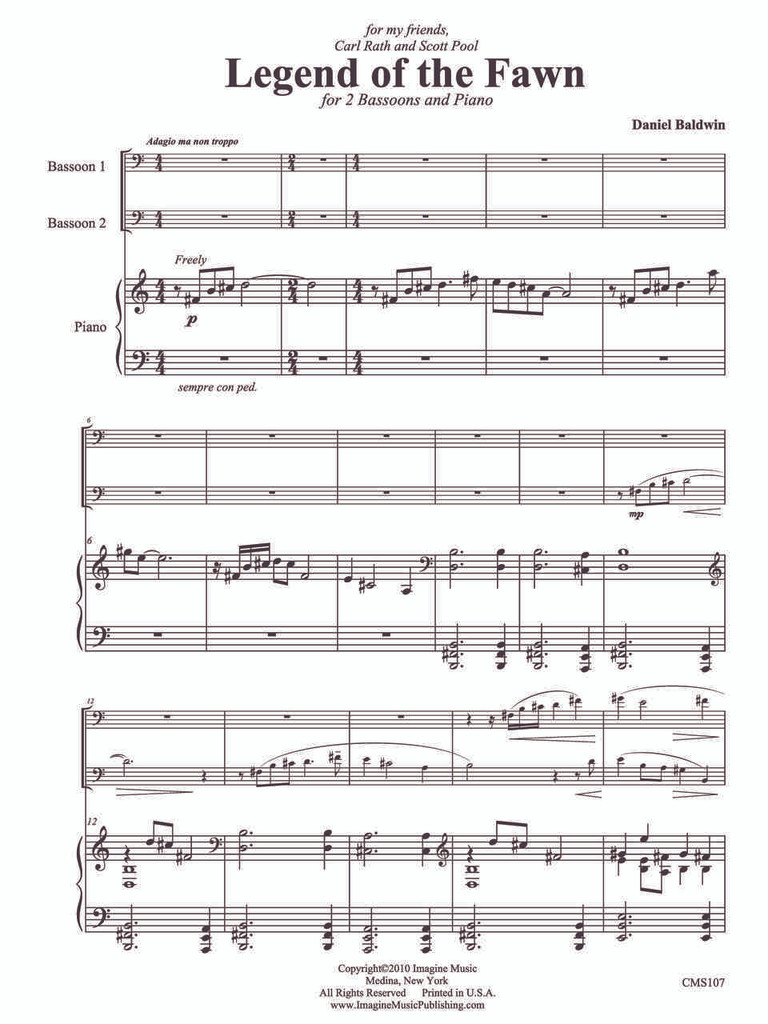 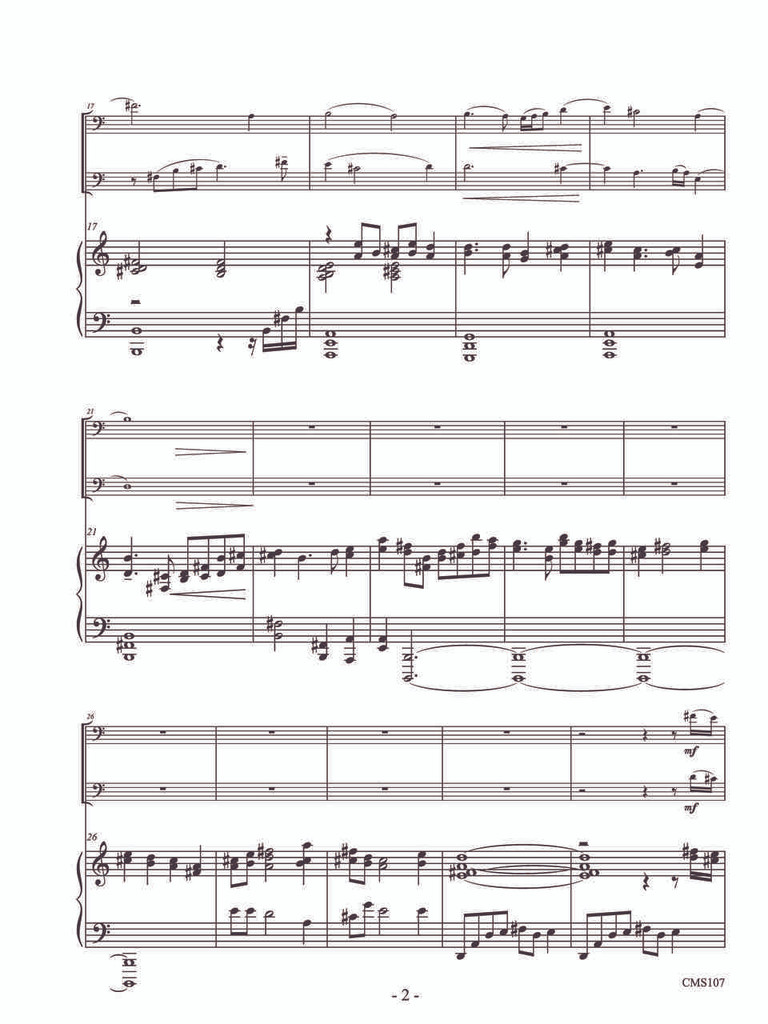 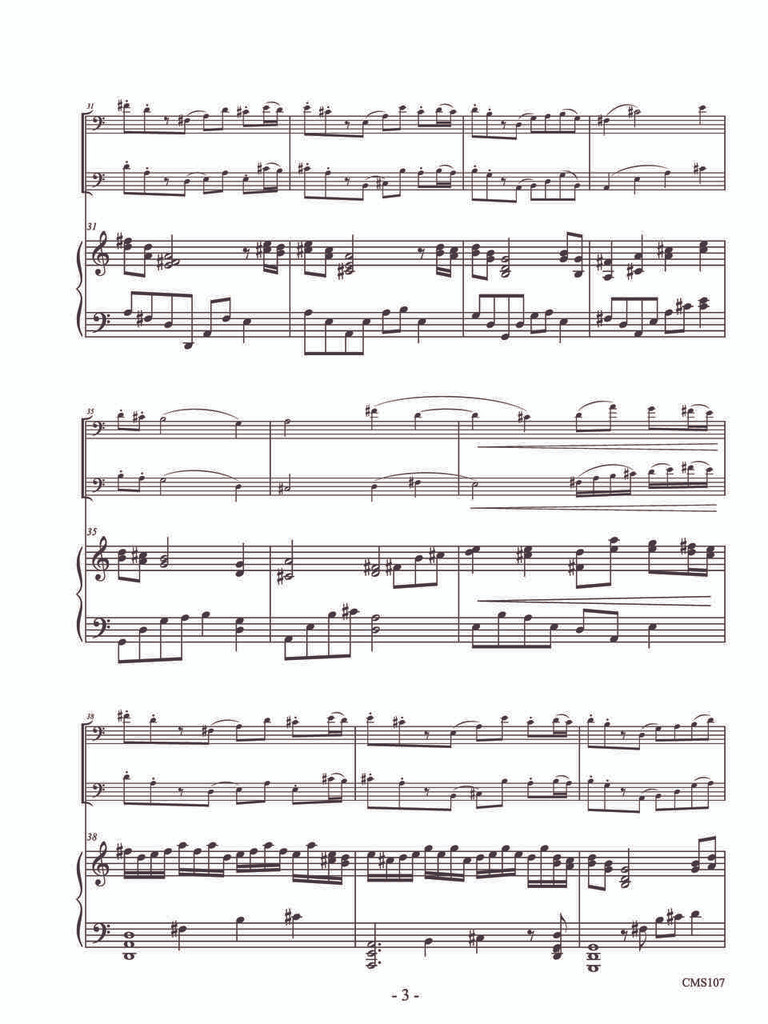 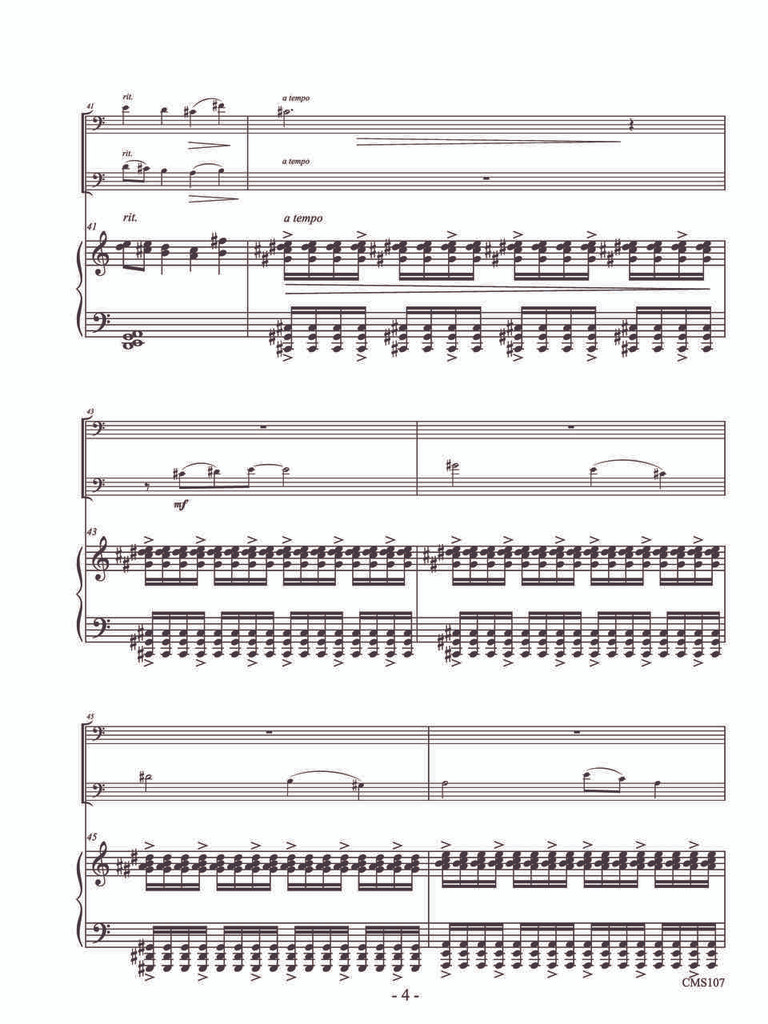 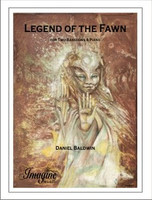 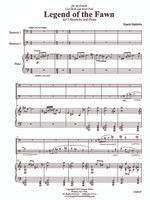 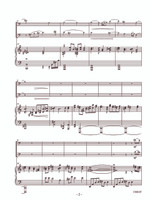 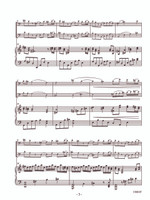 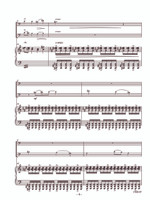 Composer’s Notes: Legend of the Fawn was written at the suggestion of my friend, Carl Rath. We were at a recording session of my music in November of 2008 at the University of Oklahoma, where Carl is on the faculty. I was trying to think of a way to round out the CD with something just a bit darker and wantedto write for an instrumentation that had limited literature. Carl suggested the bassoon duet with piano instrumentation and requested that I associate it in some way with Oklahoma, as he was hosting the IDRS convention in 2010. He volunteered to give the new piece a premiere performance.

I took his advice and decided to use the Deer Woman Legend from my childhood as inspiration. When I was young, I went camping with a group of kids and adults and was told not to run too far from camp because the Deer Woman was out roaming. If she caught us, we would never be heard from again. With this in mind, I set to write a programmatic piece where a boy was being chased by this infamous character.

The piece begins with the Deer Woman Theme in the piano in the form of a leitmotif that recurs throughout the piece. This then leads into a section where we find the boy playing. The mood is happy and carefree. This leads to a chase scene where we find the boy (represented by the first bassoon) being pursued by the Deer Woman (portrayed in the second bassoon). After some dramatic interplay between the bassoons, the Deer Woman finally catches up with the boy and a dramatic fall occurs as they tumble to the ground. A succession of cluster chords represent the boy’s life being taken. A beautiful funeral melody follows which portray’s the Deer Woman’s guilt over taking the boy’s life. The final statement of the leitmotif signifies that the Deer Woman, despite her guilt, will strike again.

Thanks so much to Carl for the wonderful suggestion that led to this unique and interesting piece.

Legend of the Fawn was premiered by Carl Rath and Scott Pool on June 24, 2010 at the International Double Reed Convention at the University of Oklahoma.

Valley of the Sun

This Title May Vary

So Too, Fell Daedalus