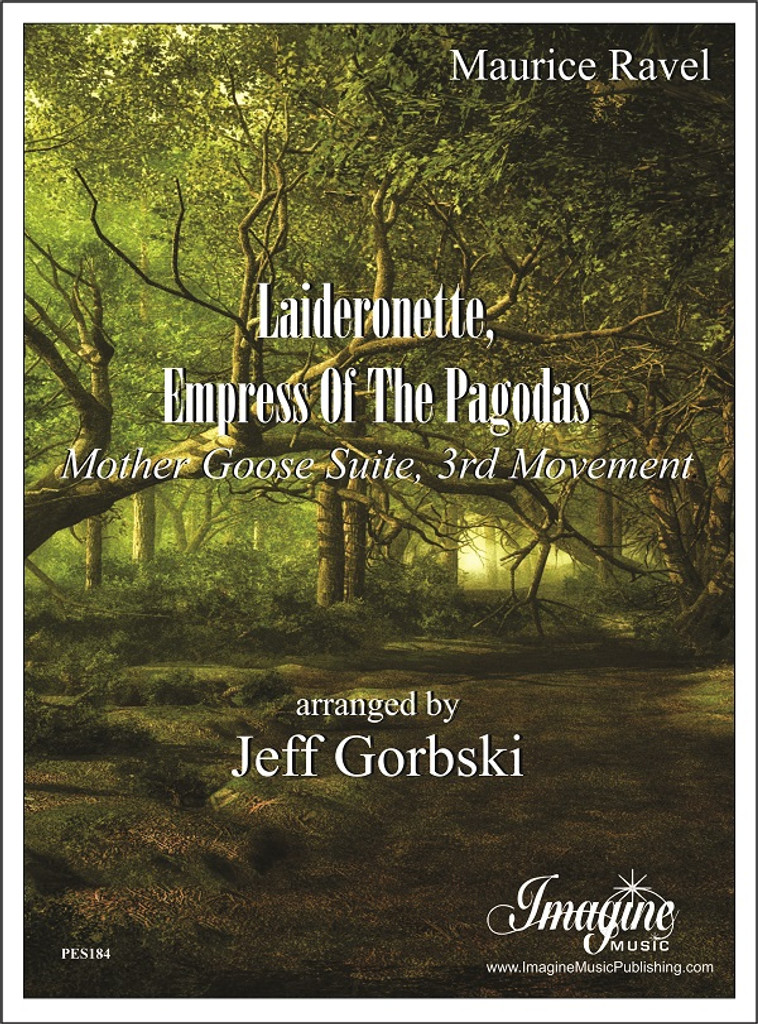 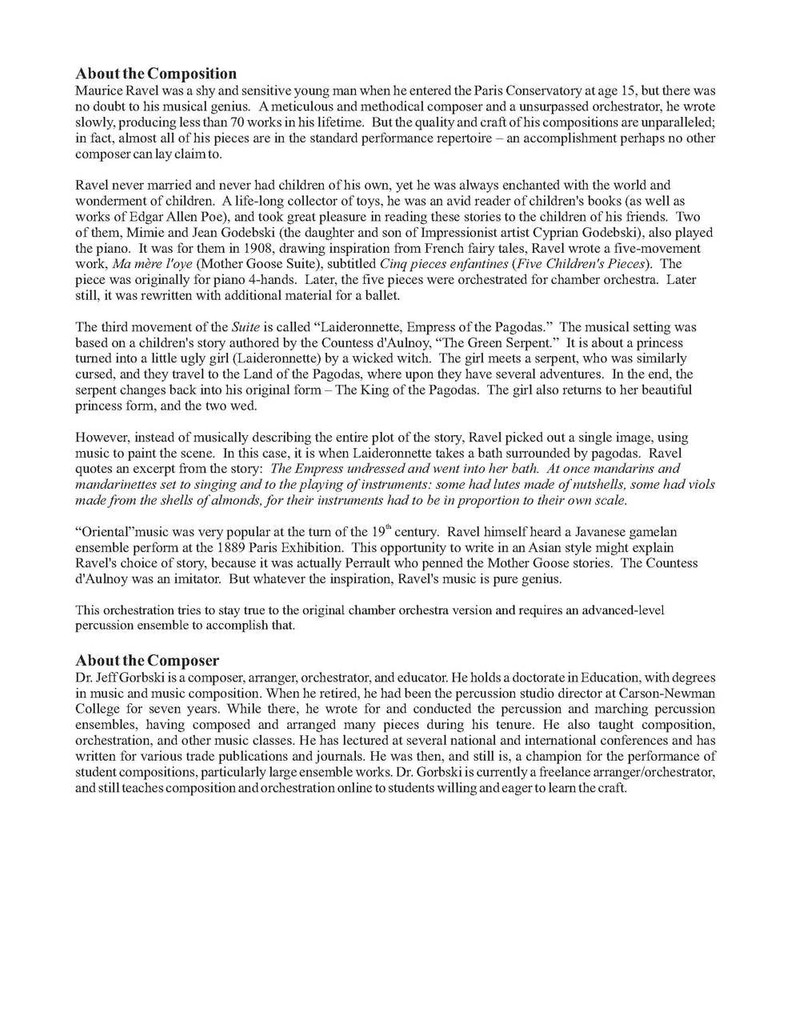 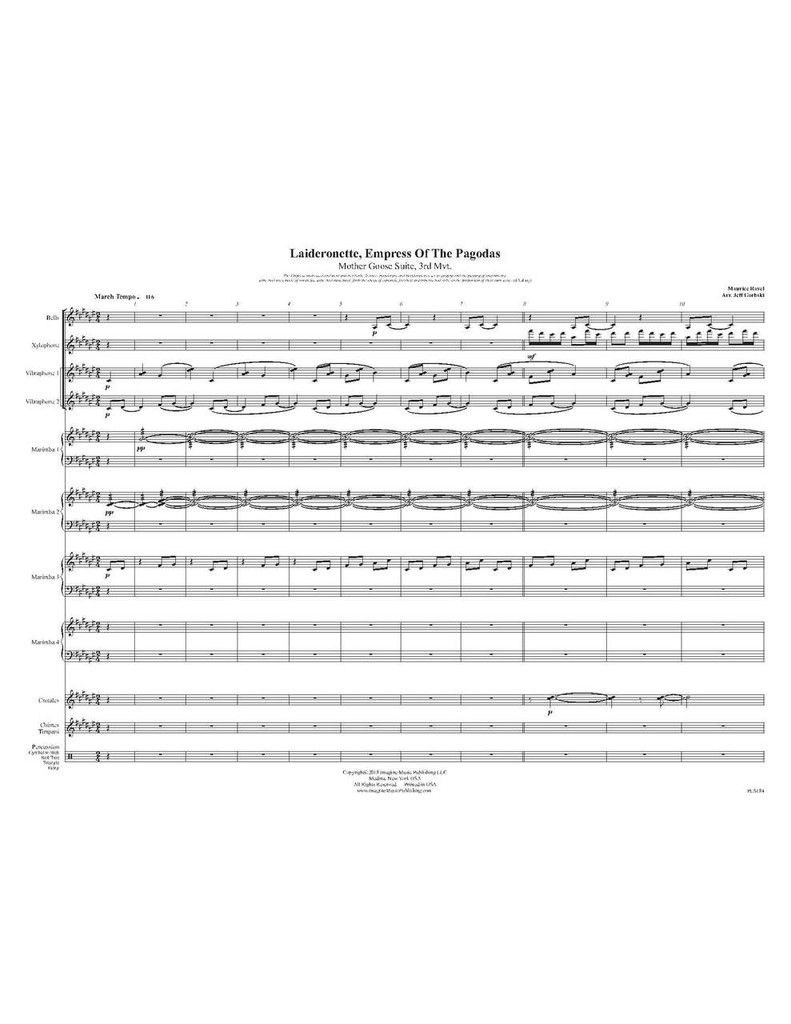 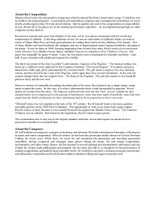 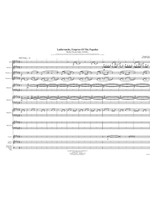 Maurice Ravel was a shy and sensitive young man when he entered the Paris Conservatory at age 15, but there was no doubt to his musical genius. Ameticulous and methodical composer and a unsurpassed orchestrator, he wrote slowly, producing less than 70 works in his lifetime. But the quality and craft of his compositions are unparalleled; in fact, almost all of his pieces are in the standard performance repertoire – an accomplishment perhaps no other composer can lay claim to.

Ravel never married and never had children of his own, yet he was always enchanted with the world and wonderment of children. A life-long collector of toys, he was an avid reader of children's books (as well as works of Edgar Allen Poe), and took great pleasure in reading these stories to the children of his friends. Two of them, Mimie and Jean Godebski (the daughter and son of Impressionist artist Cyprian Godebski), also played the piano. It was for them in 1908, drawing inspiration from French fairy tales, Ravel wrote a five-movement work, Ma mère l'oye (Mother Goose Suite), subtitled Cinq pieces enfantines (Five Children's Pieces). The piece was originally for piano 4-hands. Later, the five pieces were orchestrated for chamber orchestra. Later still, it was rewritten with additional material for a ballet.

The third movement of the Suite is called “Laideronnette, Empress of the Pagodas.” The musical setting was based on a children's story authored by the Countess d'Aulnoy, “The Green Serpent.” It is about a princess turned into a little ugly girl (Laideronnette) by a wicked witch. The girl meets a serpent, who was similarly cursed, and they travel to the Land of the Pagodas, where upon they have several adventures. In the end, the serpent changes back into his original form – The King of the Pagodas. The girl also returns to her beautiful princess form, and the two wed.

However, instead of musically describing the entire plot of the story, Ravel picked out a single image, using music to paint the scene. In this case, it is when Laideronnette takes a bath surrounded by pagodas. Ravel quotes an excerpt from the story: The Empress undressed and went into her bath. At once mandarins and mandarinettes set to singing and to the playing of instruments: some had lutes made of nutshells, some had viols made from the shells of almonds, for their instruments had to be in proportion to their own scale.

“Oriental”music was very popular at the turn of the 19 century. Ravel himself heard a Javanese gamelan ensemble perform at the 1889 Paris Exhibition. This opportunity to write in an Asian style might explain Ravel's choice of story, because it was actually Perrault who penned the Mother Goose stories. The Countess d'Aulnoy was an imitator. But whatever the inspiration, Ravel's music is pure genius.

This orchestration tries to stay true to the original chamber orchestra version and requires an advanced-level percussion ensemble to accomplish that.

Laideronnette, Empress of the Pagodas