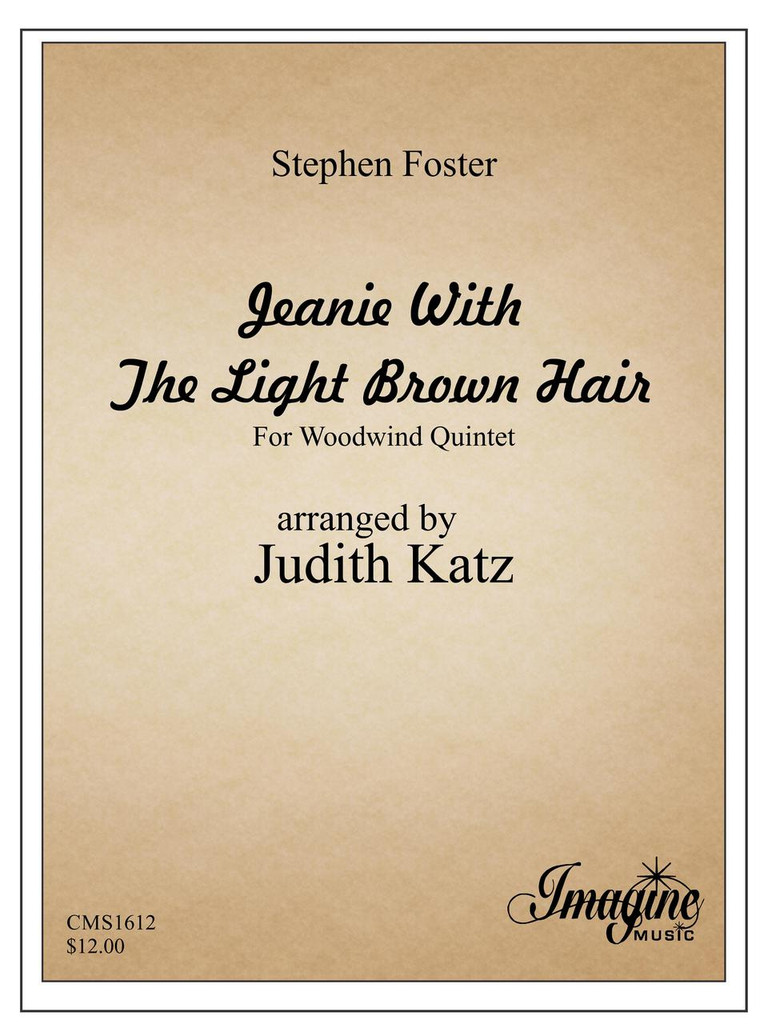 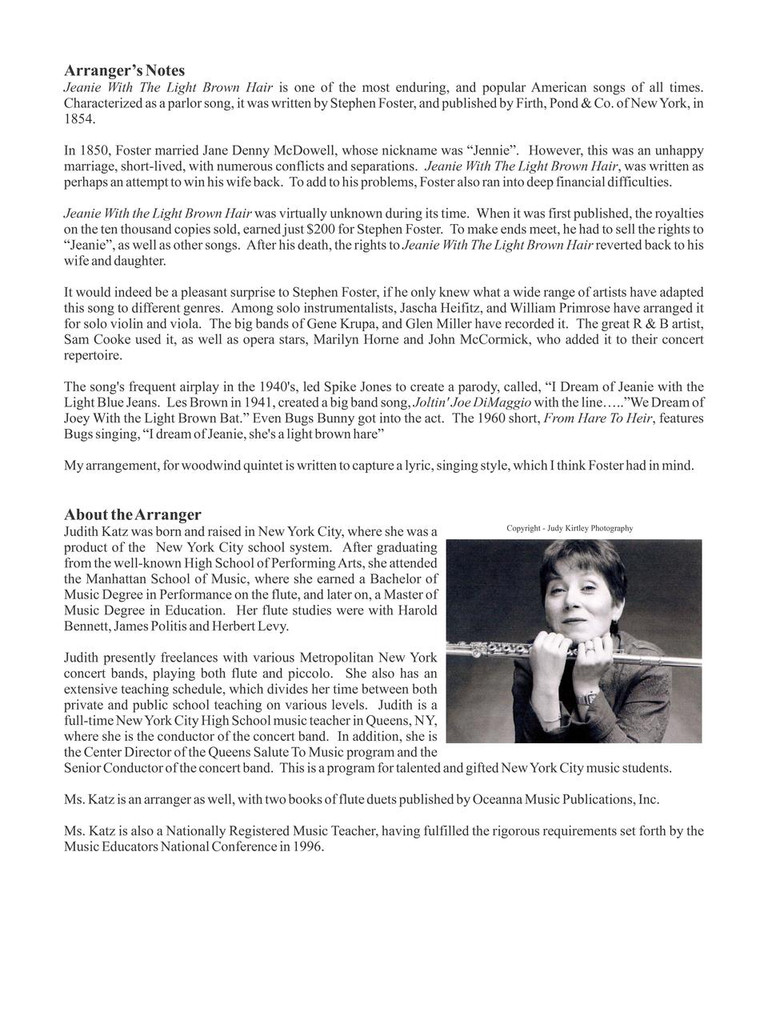 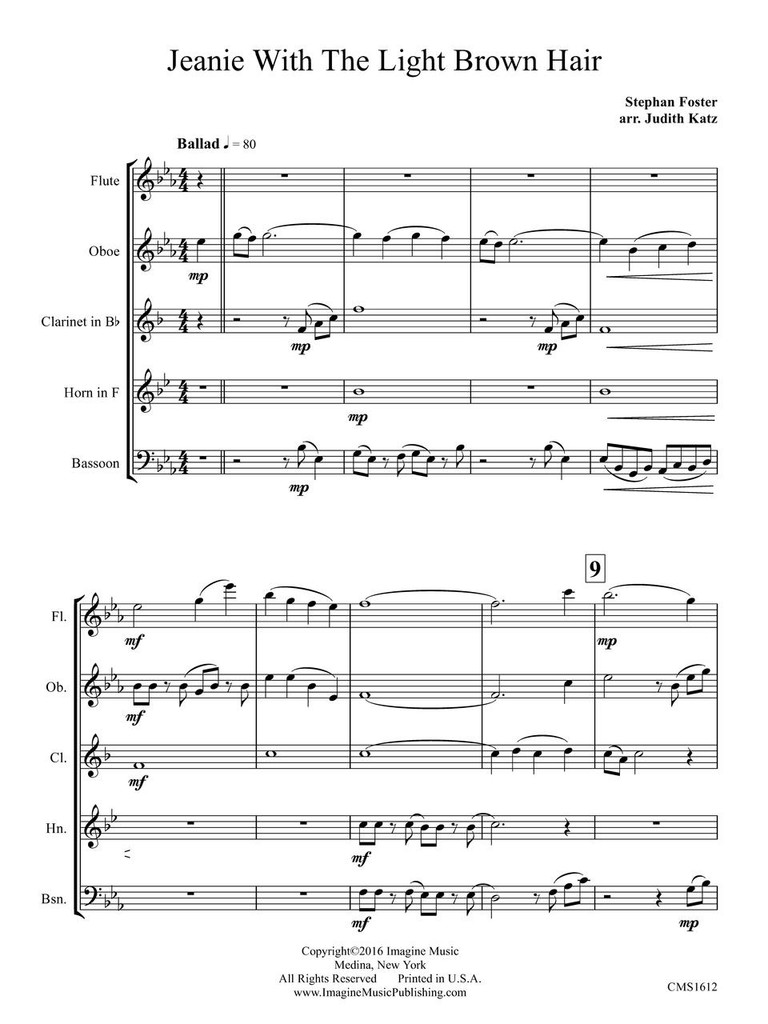 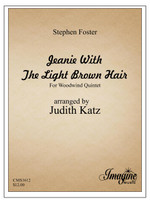 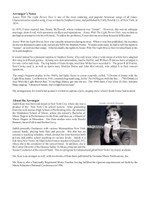 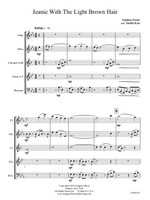 Arranger’s Notes
Jeanie With The Light Brown Hair is one of the most enduring, and popular American songs of all times. Characterized as a parlor song, it was written by Stephen Foster, and published by Firth, Pond & Co. of NewYork, in 1854.

In 1850, Foster married Jane Denny McDowell, whose nickname was “Jennie”. However, this was an unhappy marriage, short-lived, with numerous conflicts and separations. Jeanie With The Light Brown Hair, was written as perhaps an attempt to win his wife back. To add to his problems, Foster also ran into deep financial difficulties. Jeanie With the Light Brown Hair was virtually unknown during its time. When it was first published, the royalties on the ten thousand copies sold, earned just $200 for Stephen Foster. To make ends meet, he had to sell the rights to “Jeanie”, as well as other songs. After his death, the rights to Jeanie With The Light Brown Hair reverted back to his wife and daughter.

It would indeed be a pleasant surprise to Stephen Foster, if he only knew what a wide range of artists have adapted this song to different genres. Among solo instrumentalists, Jascha Heifitz, and William Primrose have arranged it for solo violin and viola. The big bands of Gene Krupa, and Glen Miller have recorded it. The great R & B artist, Sam Cooke used it, as well as opera stars, Marilyn Horne and John McCormick, who added it to their concert repertoire.

The song's frequent airplay in the 1940's, led Spike Jones to create a parody, called, “I Dream of Jeanie with the Light Blue Jeans." Les Brown in 1941, created a big band song, Joltin' Joe DiMaggio with the line…..”We Dream of Joey With the Light Brown Bat.” Even Bugs Bunny got into the act. The 1960 short, From Hare To Heir, features Bugs singing, “I dream of Jeanie, she's a light brown hare”

My arrangement, for woodwind quintet is written to capture a lyric, singing style, which I think Foster had in mind.