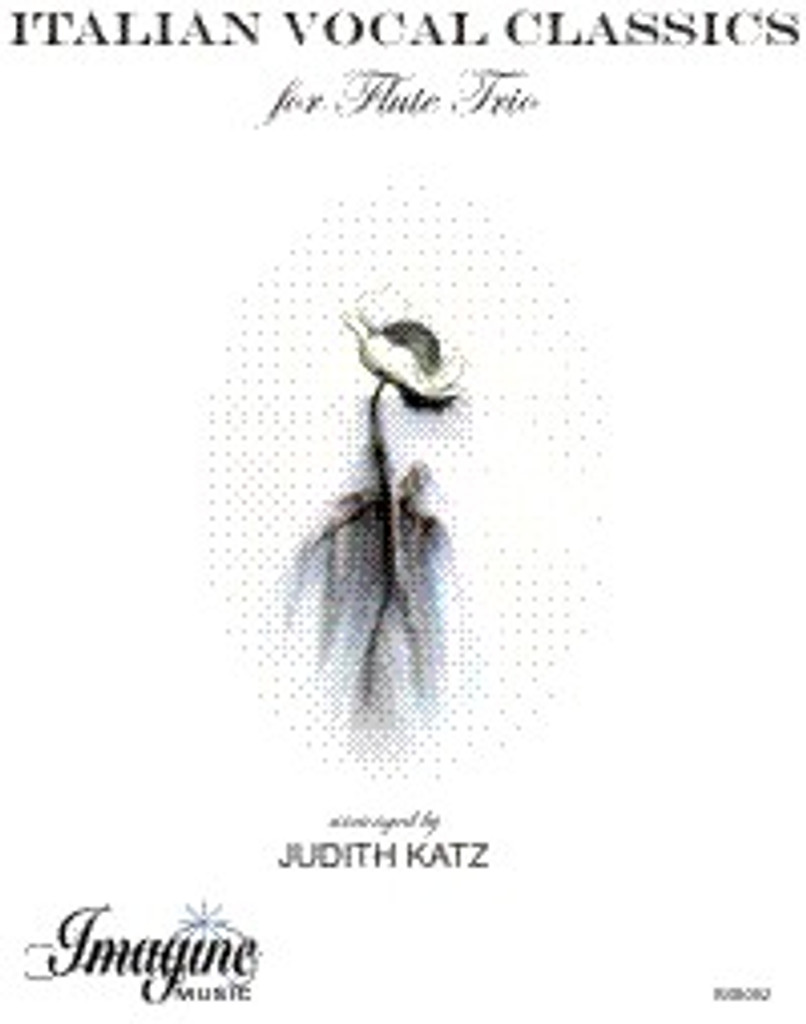 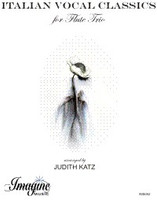 By Judith Katz
For Flute Trio
Arranger's Notes
“Mattinata” is one song that has remained popular for many years.  It was written by Ruggiero Leoncavallo (1857-1919) and has the distinction of being especially written for the new recording medium, particularly the Gramophone and Typewriter Company.  A G&T Company recording from 1904 of the song survives today of Leoncavallo accompanying Enrico Caruso.  As a New Yorker who has both attended and been a performer in some Italian feast celebrations, I can safely say that the original version of “Mattinata” has always been a crowd pleaser.
Cavalleria Rusticana is a one-act opera written by Pietro Mascagni (1863-1945).  With a storyline that deals with jealousy, betrayal a­nd retribution, Mascagni has crafted a compelling work that can not stand on its own, but draws us into the storyline, much like many popular soap operas and serials on television today.  To add to the drama, the “Intermezzo”, played totally by the orchestra, with no vocal line, has become a favorite over the years.  Movie fans will recall how Martin Scorcese cleverly used the “Intermezzo” in the film Raging Bull in 1980.
The contrast of the violence of the ring against the beautiful flow of Mascani’s theme draws and compels the viewer.
Both “Mattinata” and the “Intermezzo” can be used to foster good tone quality, intonation and artistic style in young players.