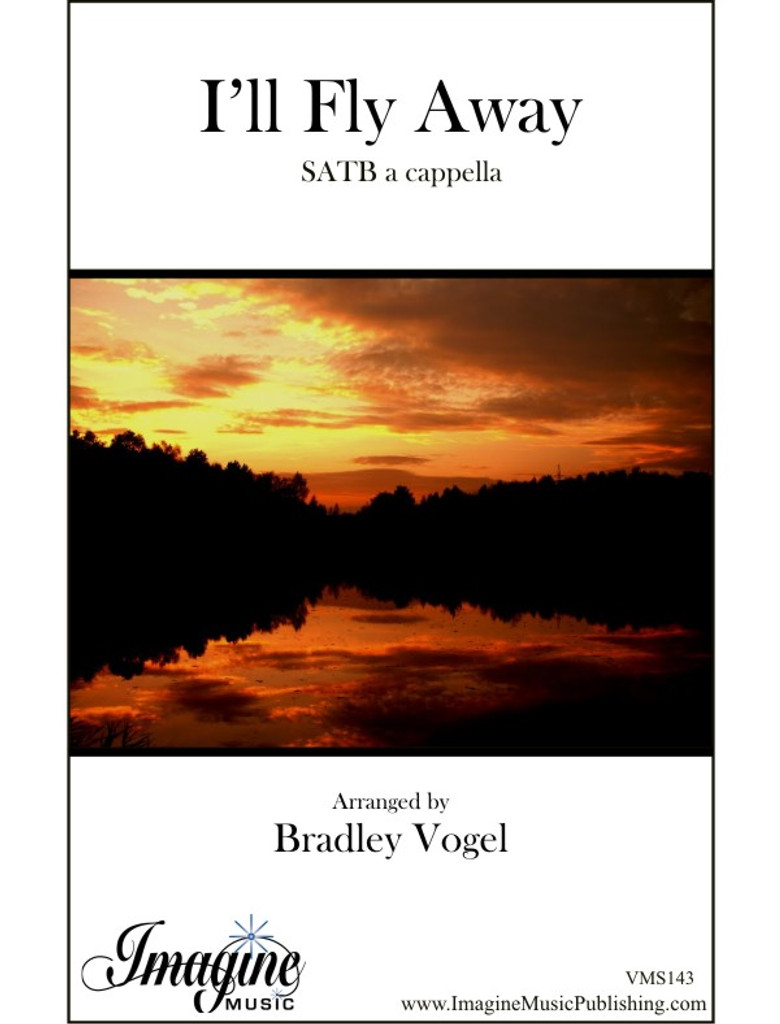 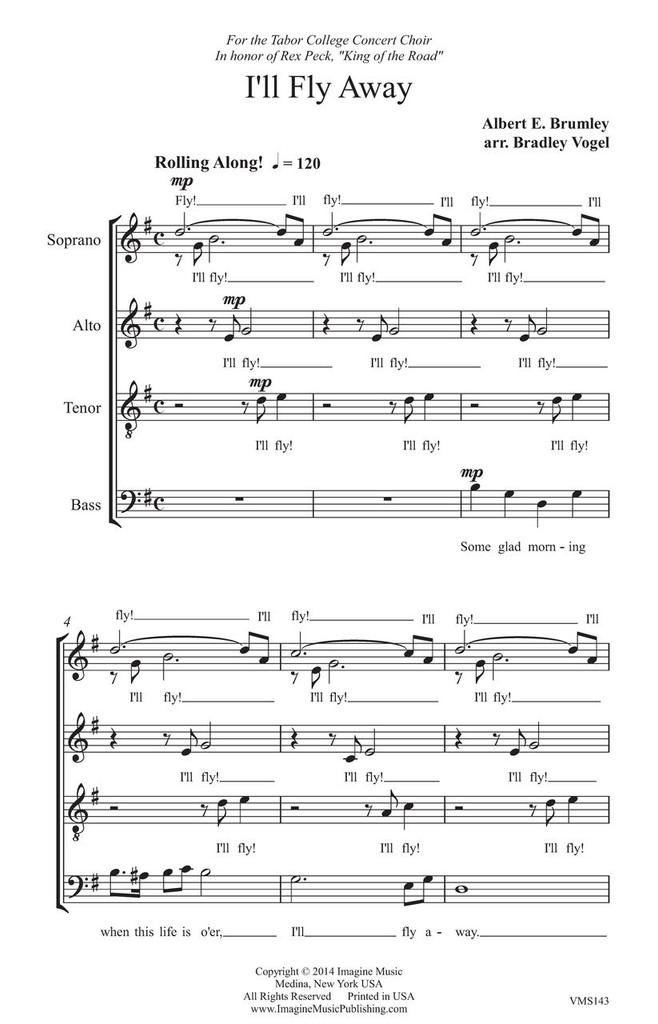 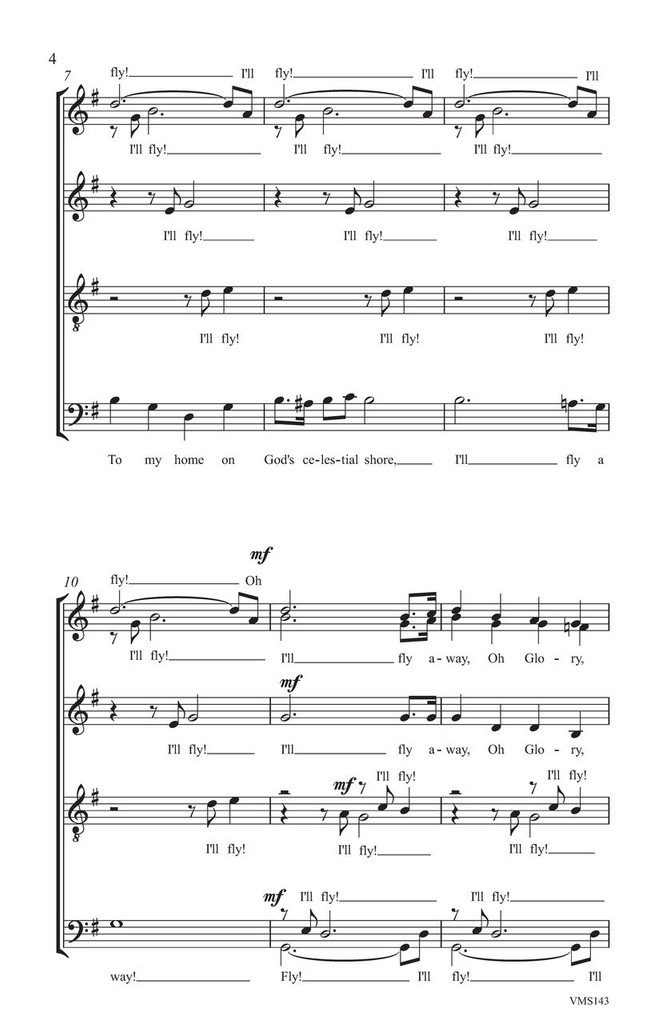 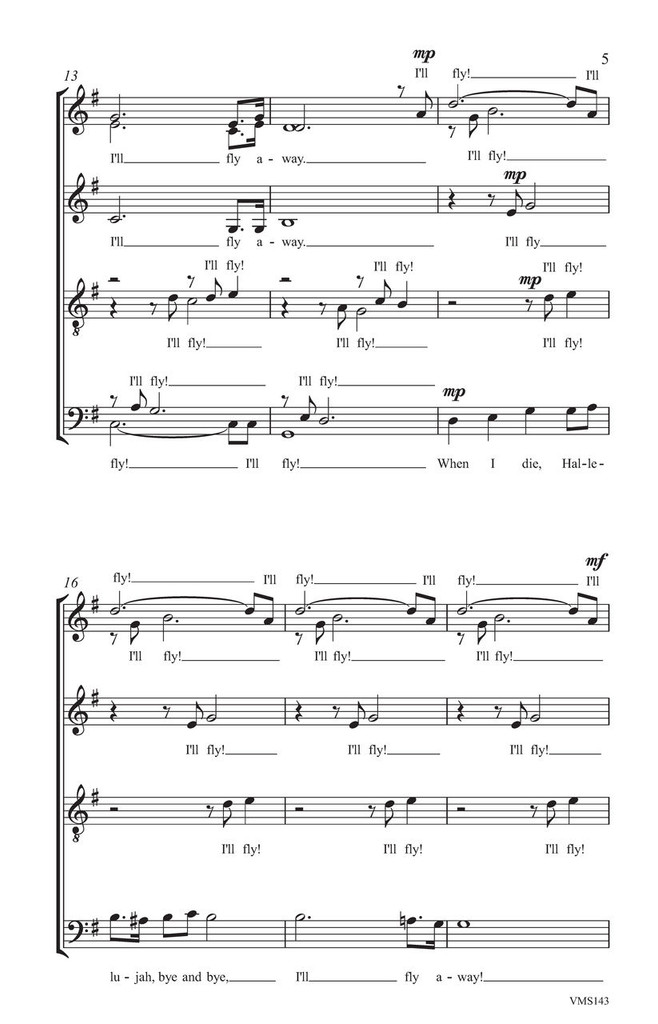 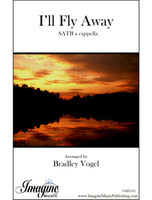 I'll Fly Away is considered to be one of most recorded and recognized songs in the world, having won its 10th Grammy Award in 2009.  Written by Albert E. Brumley in 1929, it has been recorded more than 1,000 times by groups ranging from the Chuck Wagon Gang to the Osmonds to Alan Jackson.

This setting owes its inception to Rex Peck, a bus driver from Salina Charter (Kansas), who served as the driver for nearly a decade of Tabor College Concert Choir tours. When he announced his impending retirement, the choir decided to dedicate a song to him; learning that his favorite song was I'll Fly Away, I set out to create an arrangement that would reflect the person of Rex, whom we dubbed "The King of the Road." (Get it?)

The cascading "I'll fly!" interjections of the accompaniment simulate the bus wheels rolling down the interstate, and the inherent joy of the song reflects Rex's impish sense of humor.  A bit of barbershop writing is a tip of the hat to a favorite style, as well.

Keep the tempo steady (use the cruise control!), and maintain a sparkle in the eye throughout.