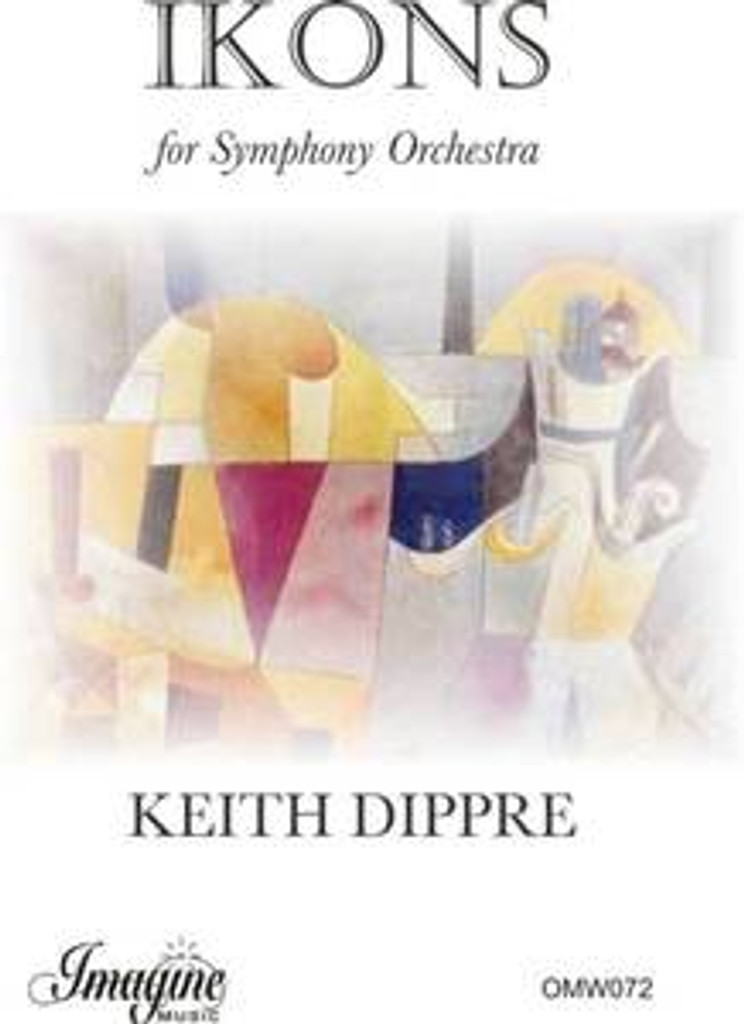 By Keith Dippre.
Each of the three movements deals with symbols, specifically those that have autobiographical significance to the composer.  The first movement, Klee on Loan, pays homage to the famous abstract expressionist painter.  The gestures are traditional and all easily identifiable, from the sweeping Mahleresque beginning to the “Bartok meets The Rolling Stones” motifs found at mid movement.  These are the composer’s attempts to represent Klee’s crosses and arrows through some familiar and abstract sound.  Klee’s genius, I believe, is found in his ability to make very generic symbols very abstract.
The second movement, Roadside Memorial, is a musical journey that goes the route of a dangerous and ominous highway replete with roadside crosses and flowers.  Present are the sounds of radio static and the motorist’s attempts to find an interesting station in the midst of a punishing blizzard, all the while praying to make the trek safely home.
Ikonoklastic is the third and least serious movement of the three, sporting a playful and somewhat schizophrenic waltz.  There are childlike melodies set against more “serious” romantic style gestures.  The blending of the serious with the less serious at times combines to create contrapuntal moments.

The final movement is the most sublime of the four, and it is solely based upon a loping, adieu-like gesture.  The line is continually recycling itself, and the piano takes the role of psychopomp as it escorts the movement to its out of body conclusion.