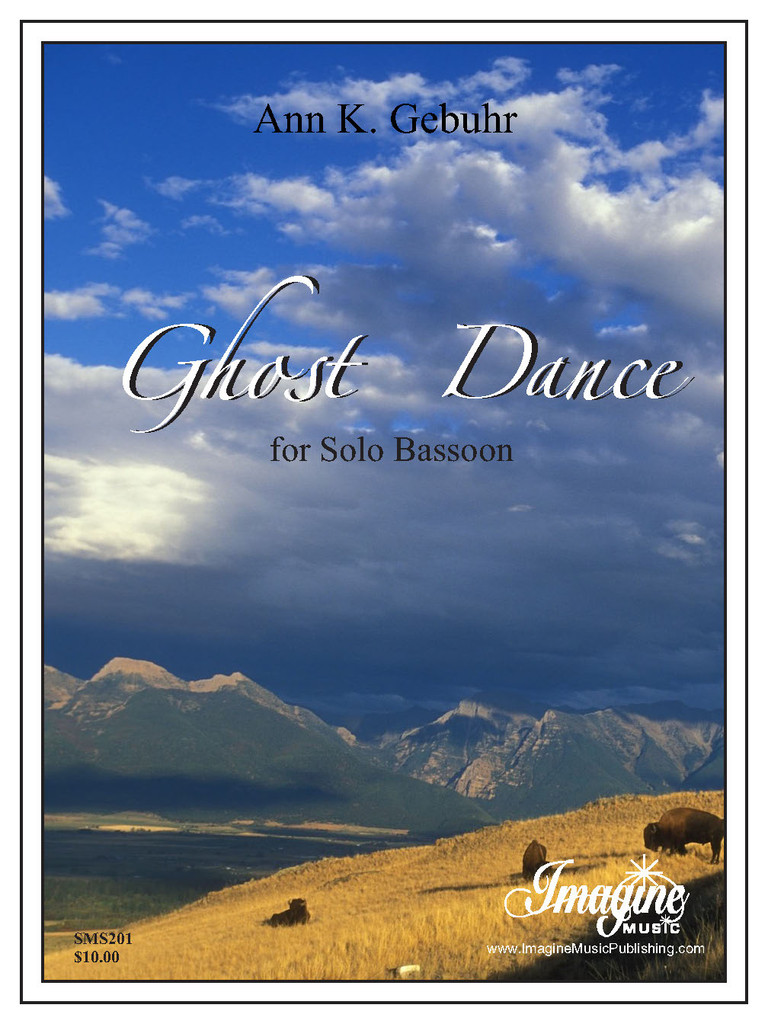 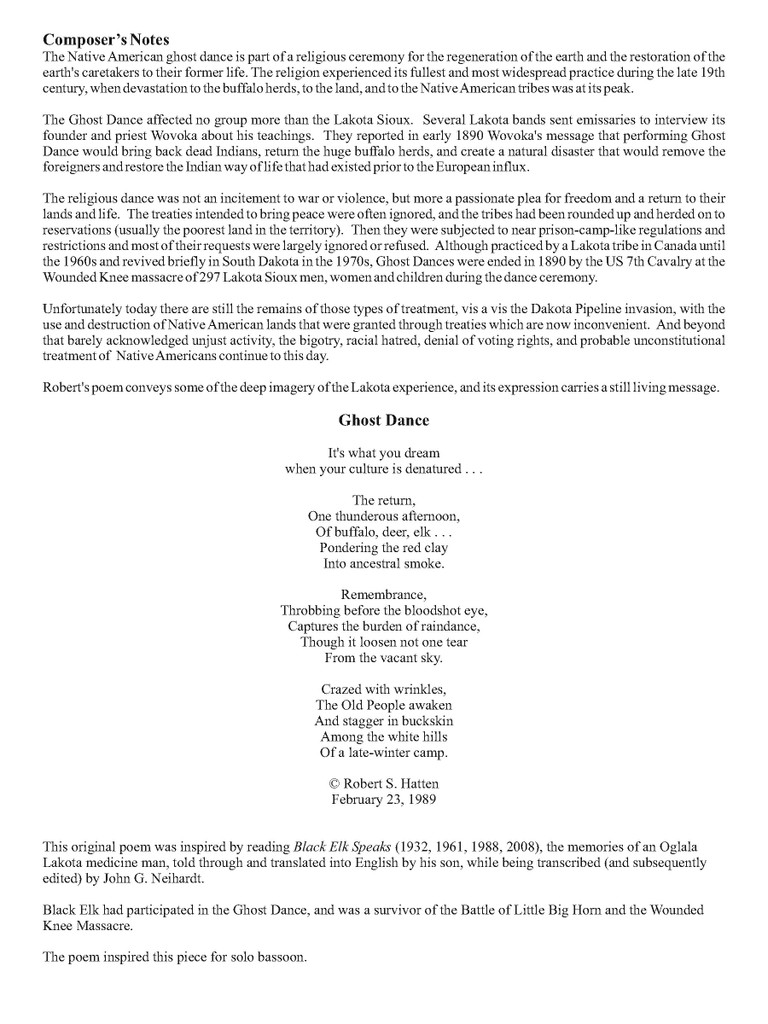 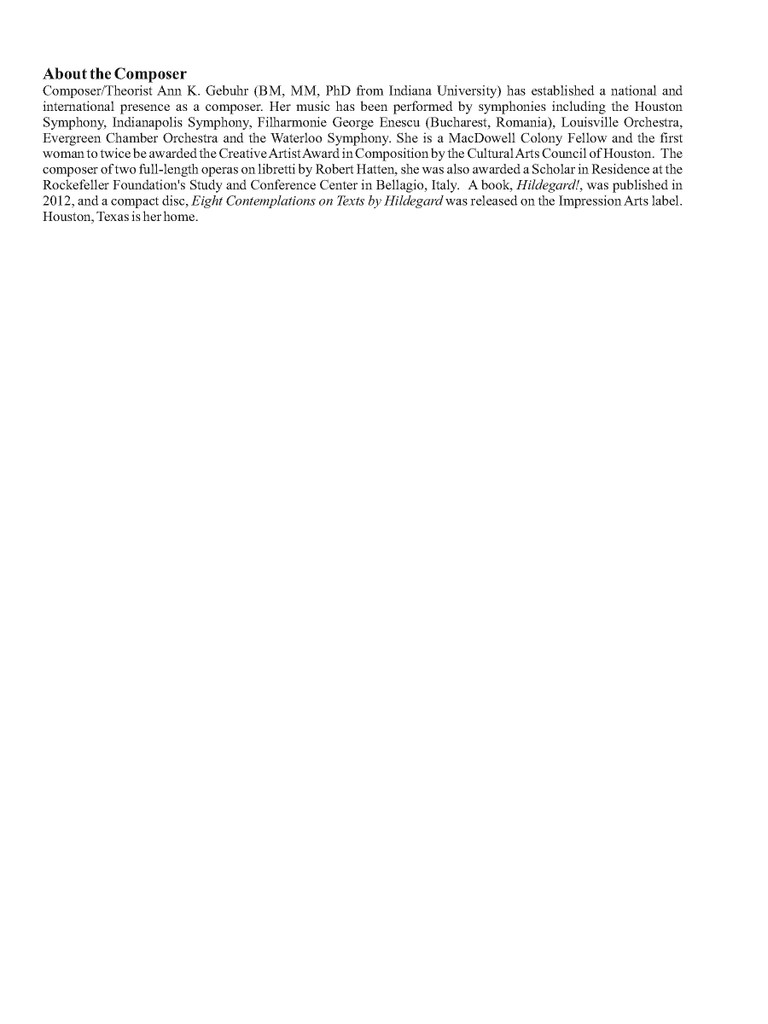 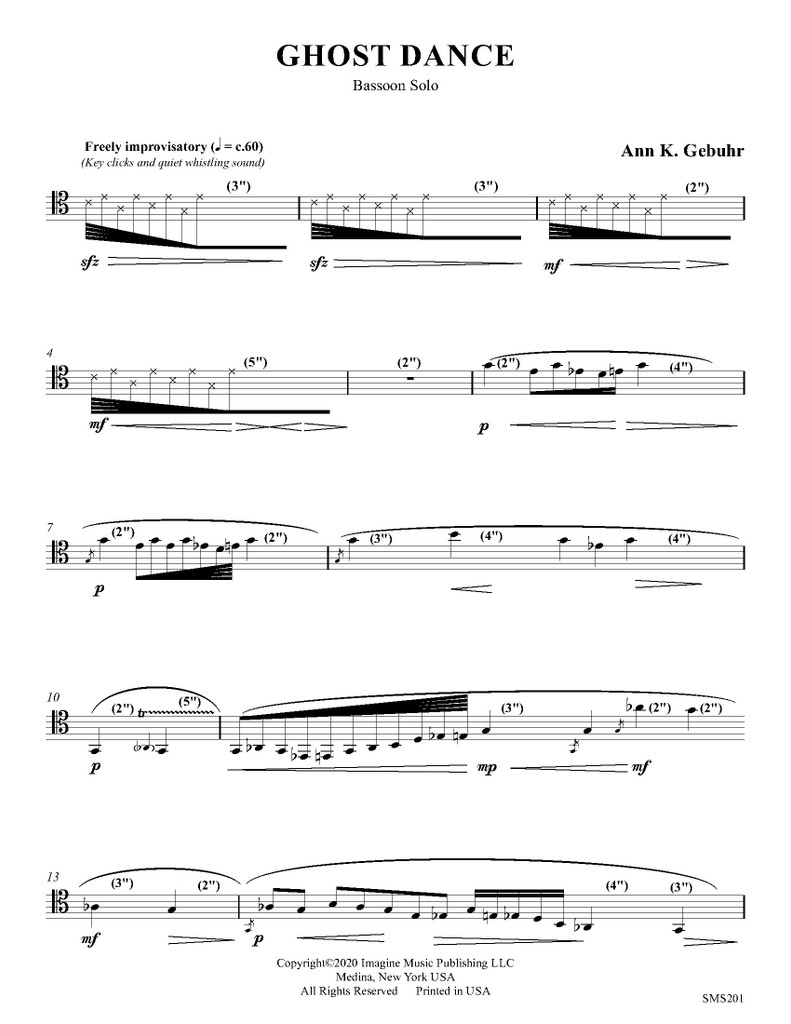 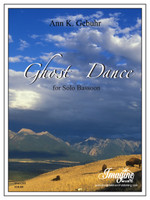 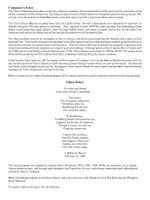 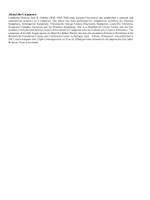 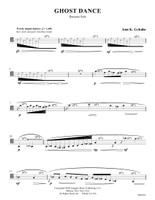 The Ghost Dance affected no group more than the Lakota Sioux. Several Lakota bands sent emissaries to interview its founder and priest Wovoka about his teachings. They reported in early 1890 Wovoka's message that performing Ghost Dance would bring back dead Indians, return the huge buffalo herds, and create a natural disaster that would remove the foreigners and restore the Indian way of life that had existed prior to the European influx.

The religious dance was not an incitement to war or violence, but more a passionate plea for freedom and a return to their lands and life. The treaties intended to bring peace were often ignored, and the tribes had been rounded up and herded on to reservations (usually the poorest land in the territory). Then they were subjected to near prison-camp-like regulations and restrictions and most of their requests were largely ignored or refused. Although practiced by a Lakota tribe in Canada until the 1960s and revived briefly in South Dakota in the 1970s, Ghost Dances were ended in 1890 by the US 7th Cavalry at the Wounded Knee massacre of 297 Lakota Sioux men, women and children during the dance ceremony.

Unfortunately today there are still the remains of those types of treatment, vis a vis the Dakota Pipeline invasion, with the use and destruction of Native American lands that were granted through treaties which are now inconvenient. And beyond that barely acknowledged unjust activity, the bigotry, racial hatred, denial of voting rights, and probable unconstitutional treatment of Native Americans continue to this day.

Robert's poem conveys some of the deep imagery of the Lakota experience, and its expression carries a still living message.

It's what you dream
when your culture is denatured . . .

The return,
One thunderous afternoon,
Of buffalo, deer, elk . . .
Pondering the red clay
Into ancestral smoke.

Remembrance,
Throbbing before the bloodshot eye,
Captures the burden of raindance,
Though it loosen not one tear
From the vacant sky.

Crazed with wrinkles,
The Old People awaken
And stagger in buckskin
Among the white hills
Of a late-winter camp.

This original poem was inspired by reading Black Elk Speaks (1932, 1961, 1988, 2008), the memories of an Oglala Lakota medicine man, told through and translated into English by his son, while being transcribed (and subsequently edited) by John G. Neihardt.

Black Elk had participated in the Ghost Dance, and was a survivor of the Battle of Little Big Horn and the Wounded Knee Massacre.

The poem inspired this piece for solo bassoon.