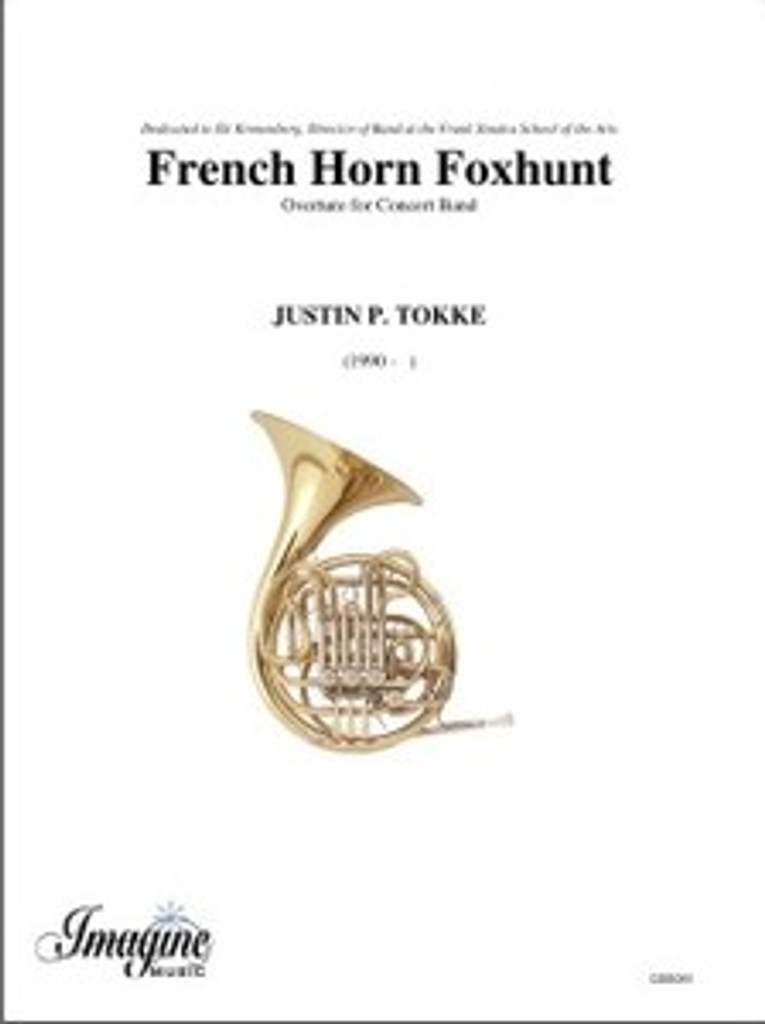 French Horn Foxhunt is an overture for band originally written for orchestra in early 2005 and later revised and arranged for band in 2006. While the title may suggest that the piece is a programmatic work, it does not have any particular program in mind. The piece is based on four themes that are repeated and varied throughout over the three major sections. The first is an exposition of sorts and energetically introduces the horns’ theme in E-flat major. The woodwind theme and low brass theme are heard soon after. In the second section, the oboe plays a melancholy solo in the sub-dominant minor of E-flat, A-flat minor, considered by many to be the “darkest” key. Through this sorrowful section we hear the horn solo giving hope in A-flat major, though a funeral march disallows this hope to rise. However, slowly but surely we arrive in a tremendous crescendo to the third section, a recapitulation of the original horn theme. The music reaches its full glory upon modulating into G Major as the horn theme boasts its majesty and grandeur