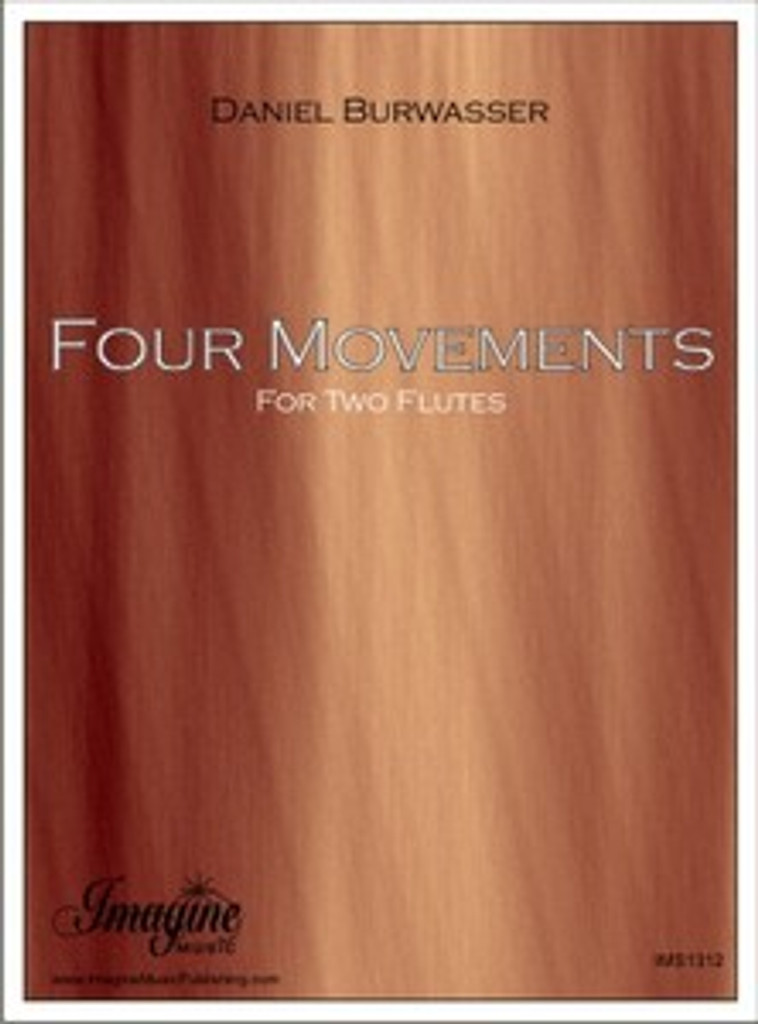 For Flute Duet
By Daniel Burwasser

Four Movements for Two Flutes was composed in 1984 at Rutgers University and was premiered in December of that year. The work features an abundance of frolicking interplay between the two players . The movements include a dramatic introduction, a sardonic march, a lyrical third movement and a rousing finale which brings back the theme from the introduction.