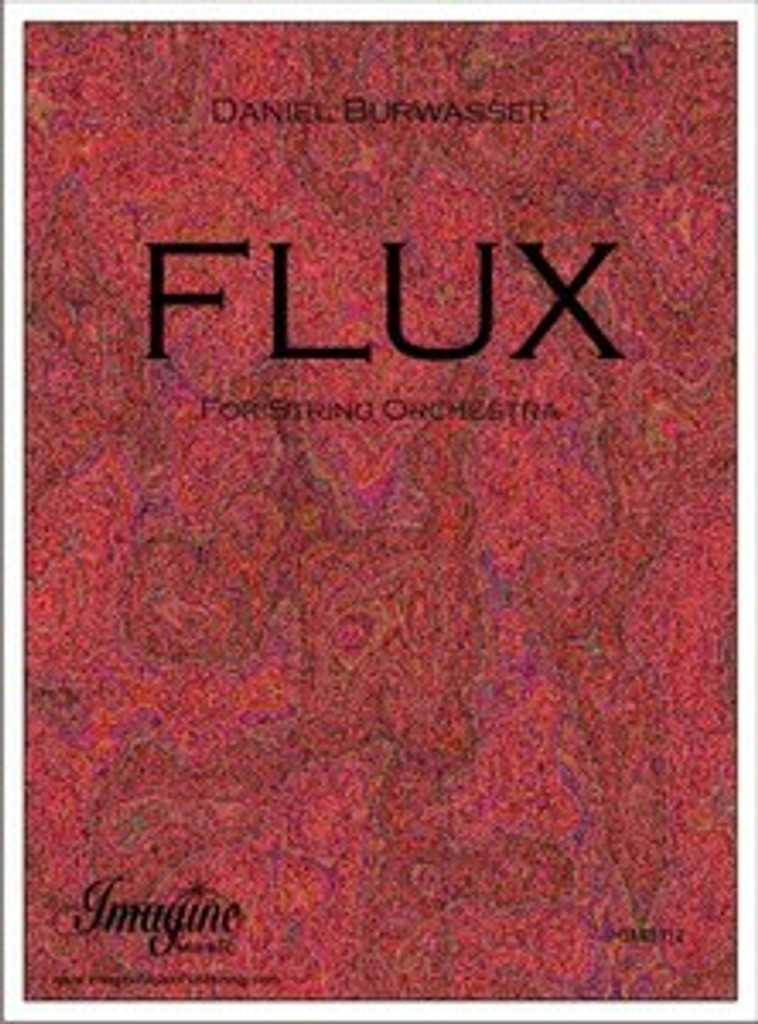 For String Orchestra
By Daniel Burwasser

COMPOSER'S NOTES:
FLUX began as a brief sketch for a string quartet and then was abandoned.  After re-examining this fragment a few years later, I thought it was worthy of expanding into a larger work, particularly a string orchestra piece. The once-shelved fragment now became the introductory thematic material for the work. This opening section appears again toward the end, but it has been slightly expanded to create a “bookend” effect. The newly added sections of the work feature varying tempi, textures and melodic ideas which have been linked together to create a chain of events while maintaining the unity of the piece. Since FLUX operates in a perpetual state of change, the title was a natural fit.


Flux was premiered at Alice Tully Hall, Lincoln Center, NYC in March, 1999 by the Concordia Orchestra, Marin Alsop, conductor. It has also been released on CD by MMC Recordings, Ltd..

"This collection closes with Flux by Daniel Burwasser, another quite enjoyable work that felt just a bit jazz influenced in places as well. Burwasser is a percussionist of note and teacher at Hunter College. This is an interesting piece that travels through many different moods and holds the interest throughout."—Daniel Coombs, Audiofile Audition: January 2, 2013

"The most mercurial work is Daniel Burwasser’s Flux, which moves from effusive romanticism and playfulness, to tenderness and mysticism."--Gramophone March, 2013

“A post-Romantic utterance which to me evokes the early tonal works of Schoenberg. Flux quickly reveals its American accent by quite naturally lapsing into a phantasmagorical jazz riff for a moment before falling into a series of delicious harmonic suspensions that lead back to its yearning opening figure and yet further developments. Flux displays a fine sense of balance and proportion but, more important, engages the listener throughout its 10-minute duration.”
---Fanfare, September/October, 2006

“ Flux harbors a harmonic language that is fairly romantic, maybe even indulgent. Burwasser's strength seems to be that he has a keen ear for the actual color of specific harmonies, and can use those colors effectively – some of the chords simply glow! “…on this 10-minute showing there is much talent here.”
---Fanfare, January/February 2007

Purchase the CD recording of Flux on Amazon, Navona or digital download at Itunes or ClassicsOnline