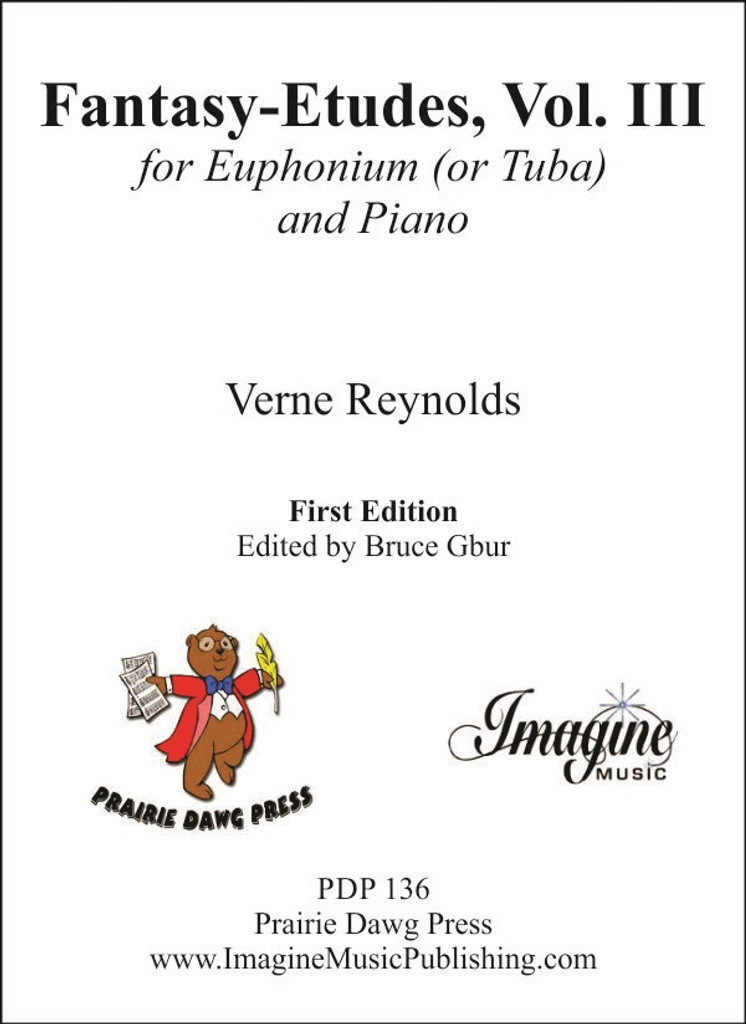 Reynolds composed five sets of Fantasy-Etudes, each volume scored for a different instrumentation. He completed Fantasy-Etudes, Vol. III, for Euphonium (or Tuba) and Piano in January 1992.

As in all of Prof. Reynolds's works employing piano he has stated that the pedaling must be strictly observed to create the timbres he desired. N.B. The eight-notes in the first movement, Speed, remain constant. In Reynolds' s holograph the second movement, Cavatina, does not have time signatures displayed although it is metered. I have shown these signatures in the interest of saving rehearsal time.

The Fantasy-Etudes, Vol. III were premiered by Don Harry, tuba and Joseph Werner, piano, on 02 April 2000, on a faculty recital at the Eastman School of Music in Rochester, New York