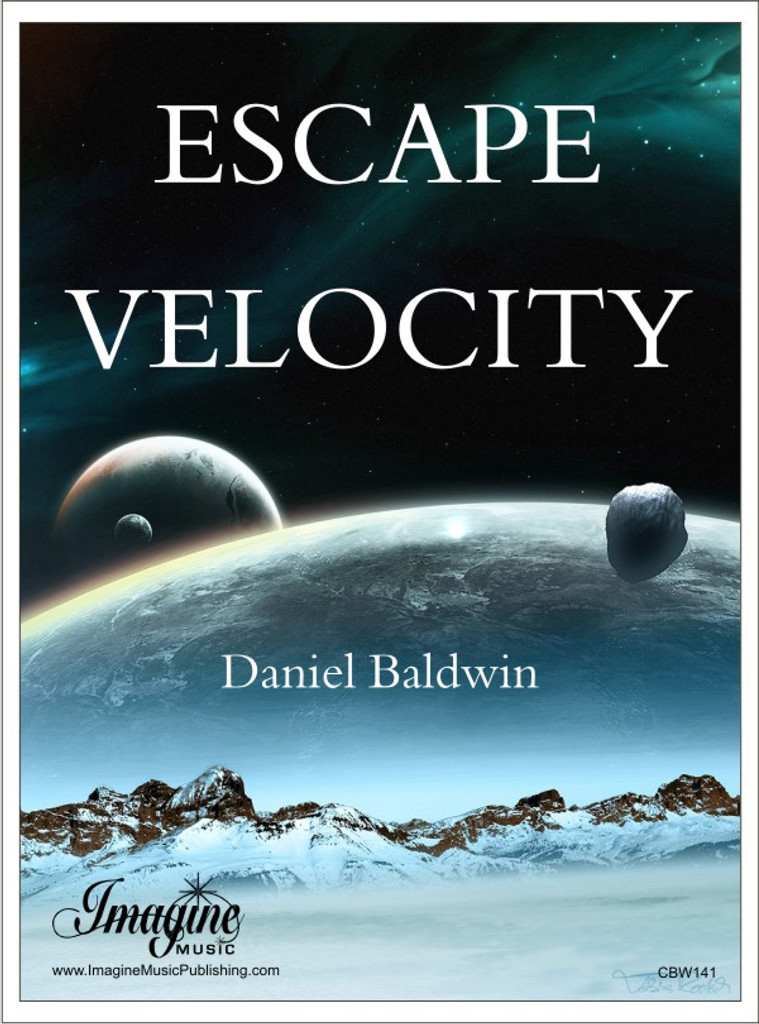 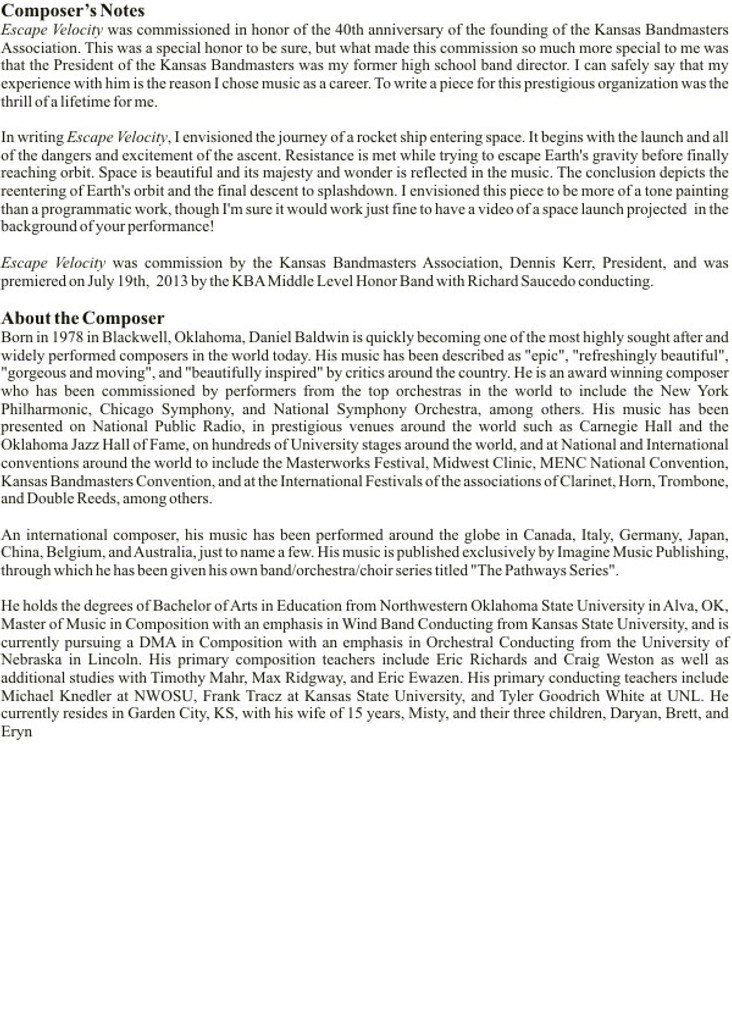 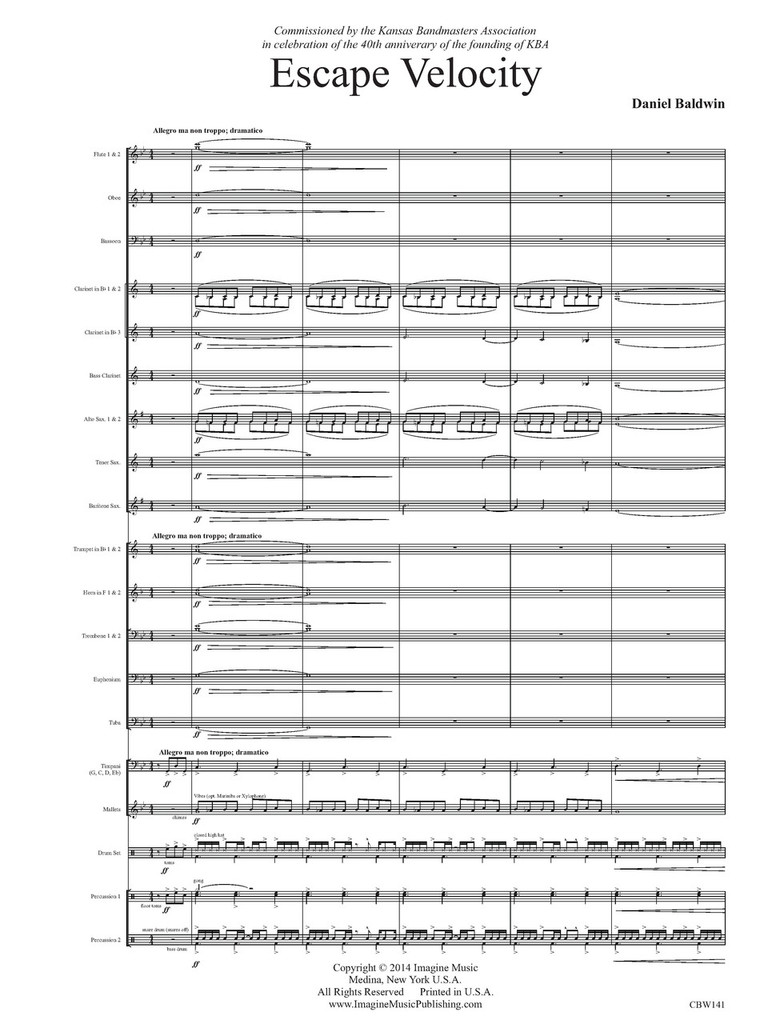 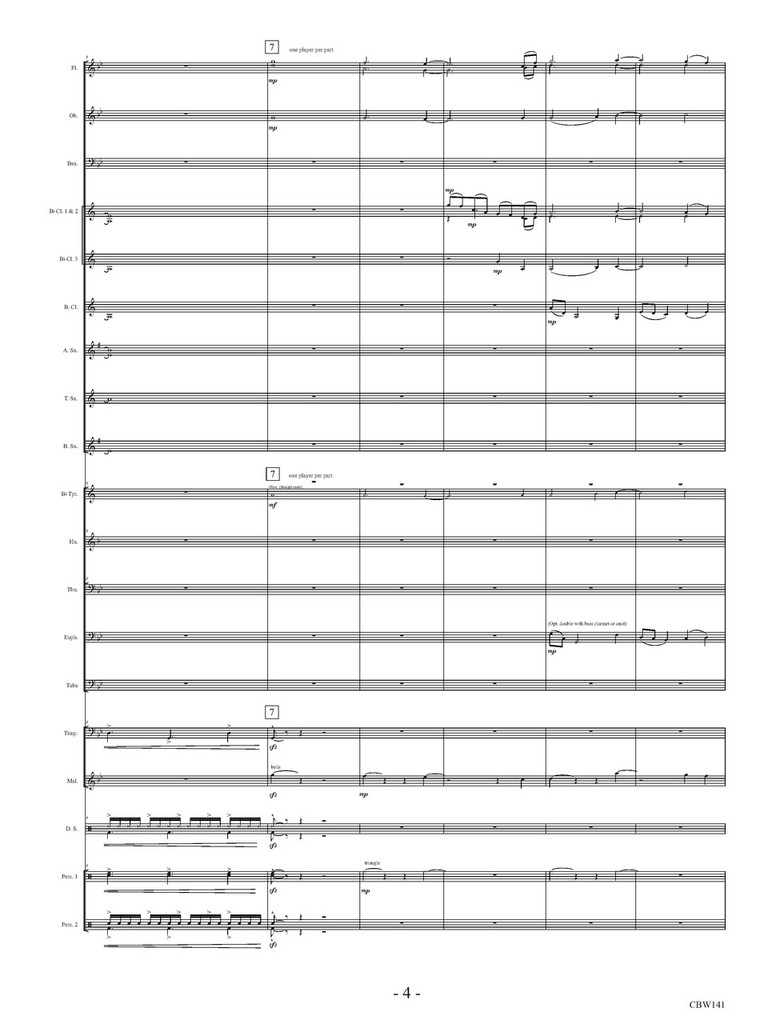 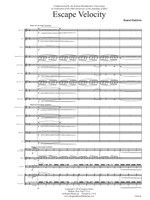 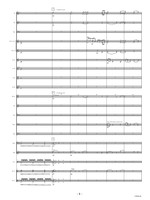 Escape Velocity was commissioned in honor of the 40th anniversary of the founding of the Kansas Bandmasters Association. This was a special honor to be sure, but what made this commission so much more special to me was that the President of the Kansas Bandmasters was my former high school band director. I can safely say that my experience with him is the reason I chose music as a career.To write a piece for this prestigious organization was the thrill of a lifetime for me.

In writing Escape Velocity, I envisioned the journey of a rocket ship entering space. It begins with the launch and all of the dangers and excitement of the ascent. Resistance is met while trying to escape Earth's gravity before finally reaching orbit. Space is beautiful and its majesty and wonder is reflected in the music. The conclusion depicts the reentering of Earth's orbit and the final descent to splashdown. I envisioned this piece to be more of a tone painting than a programmatic work, though I'm sure it would work just fine to have a video of a space launch projected in the background of your performance!