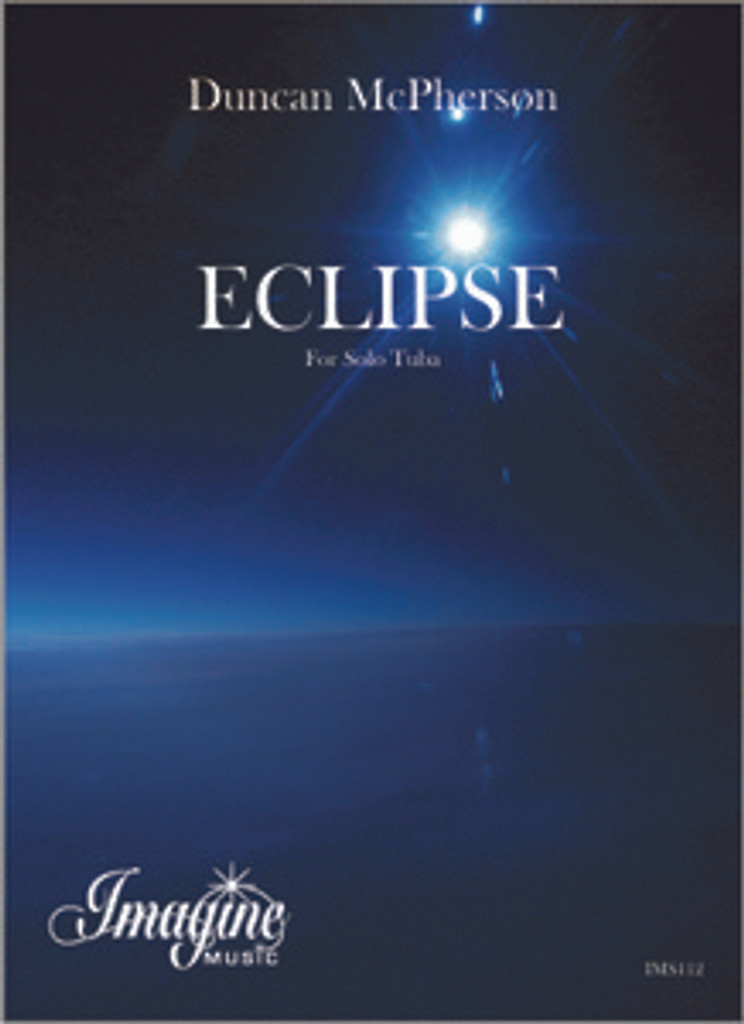 COMPOSER’S NOTES
Eclipse came out of one of my first compositional exercises at Eastern Illinois University. I was asked to create a piece for a solo instrument that conveyed a sense of dialog and at least two distinct emotions. During this time, I was reading a book filled with tales of ancient superstitions. This included a discussion of how some early civilizations and earlier proto-civilizations regarded astronomical phenomena, including eclipses. Out of that germ of an idea, this piece started to come together.

I revisited the piece some years later, curious as to how it might sound after gaining a little perspective. I was pleasantly surprised in that it still seemed to clearly convey my initial intent, even if it was a bit rough around the edges. After a few careful revisions, I believe this piece is a solid modern, yet melodic, addition to any intermediate tuba player's repertoire.