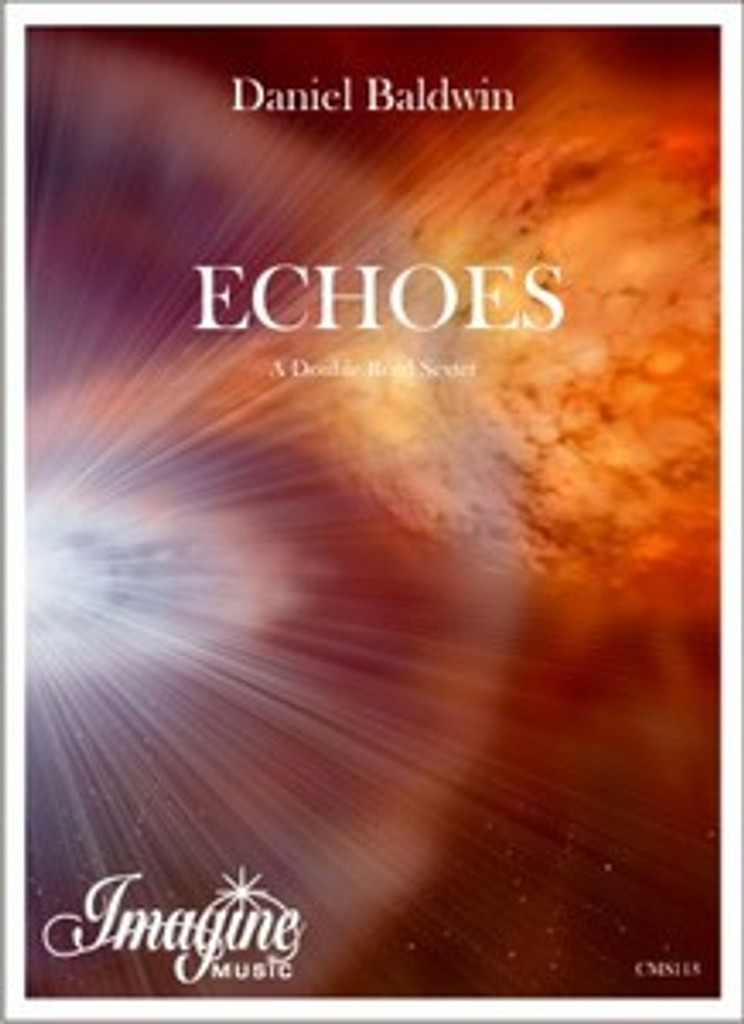 Composer’s Notes
I have been a regular attendee of the International Double Reed Society convention since the premiere of my Lone Star Trilogy during the 2005 convention. Since that time I have heard numerous wonderful and creative chamber ensembles. The one that most intrigued me was the double reed quartet. I loved the idea of featuring all of the "big 4" double reed instruments in an ensemble, so I set out to write one for a recording session of my music being done at the University of Texas at Arlington in the Fall of 2010. Once I began writing the piece, I soon realized I could not get the sound and effect I wanted with only four players. I contacted my friend Scott Pool and asked him his advice about adding a couple of parts. He loved the idea and my double reed quartet became a sextet. This piece is dedicated to all of the talented individuals who performed on its recording.

A light echo is a phenomenon that is produced when a sudden flash or burst of light, such as that observed in novae, is reflected off a source and arrives at the viewer some time after the initial flash. This idea was the genesis for the piece. The opening, reminiscent of a Star Trek movie, creates grand visions of space right after the flash. This section is about the changing of colors, like the changing of the colors of light in space. This leads into an Allegro section that is full of dynamic energy and rhythmic interest. After some dramatic play between the bassoons and high double reeds, the piece leads into a double fugue section. If you listen carefully, you will not only hear the double fugue, but intertwined within the double fugue, each statement has an echo that follows. This is followed by light statements that are reminiscent of thematic material from the Star Wars and/or Ghostbusters movies. A beautiful chorale follows which leads back to the opening statements and an Allegro coda leads to a familiar sci-fi ending.

Echoes for Double Reed Sextet was premiered on June 4th, 2011, at the International Double Reed Convention at Arizona State University.