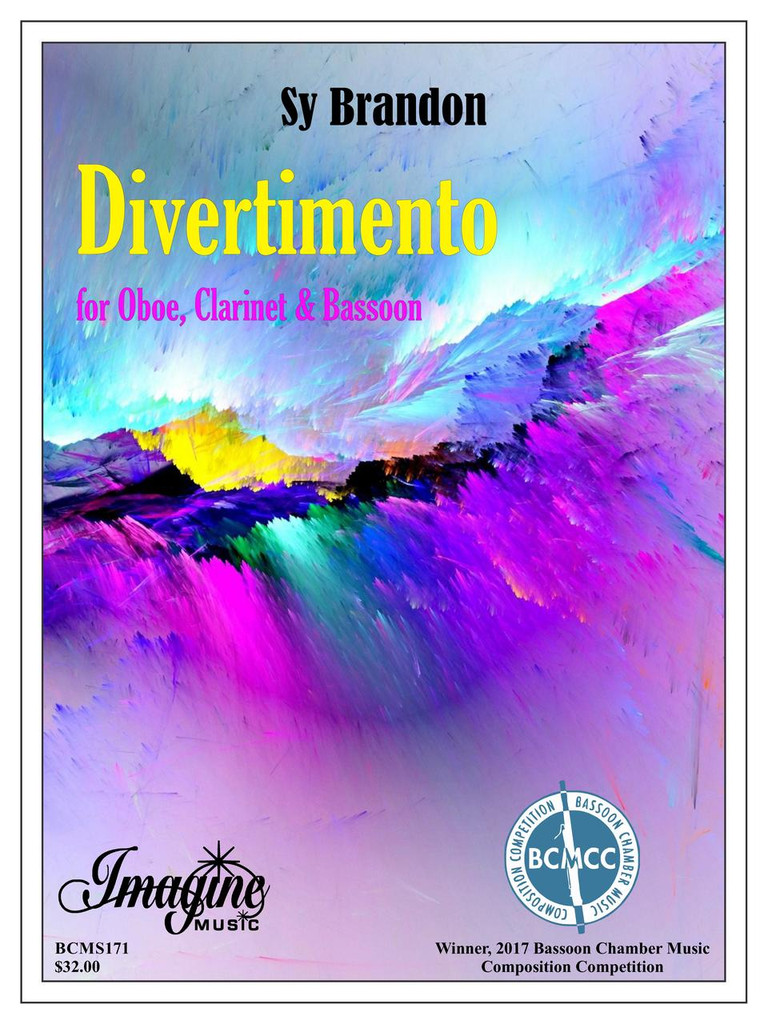 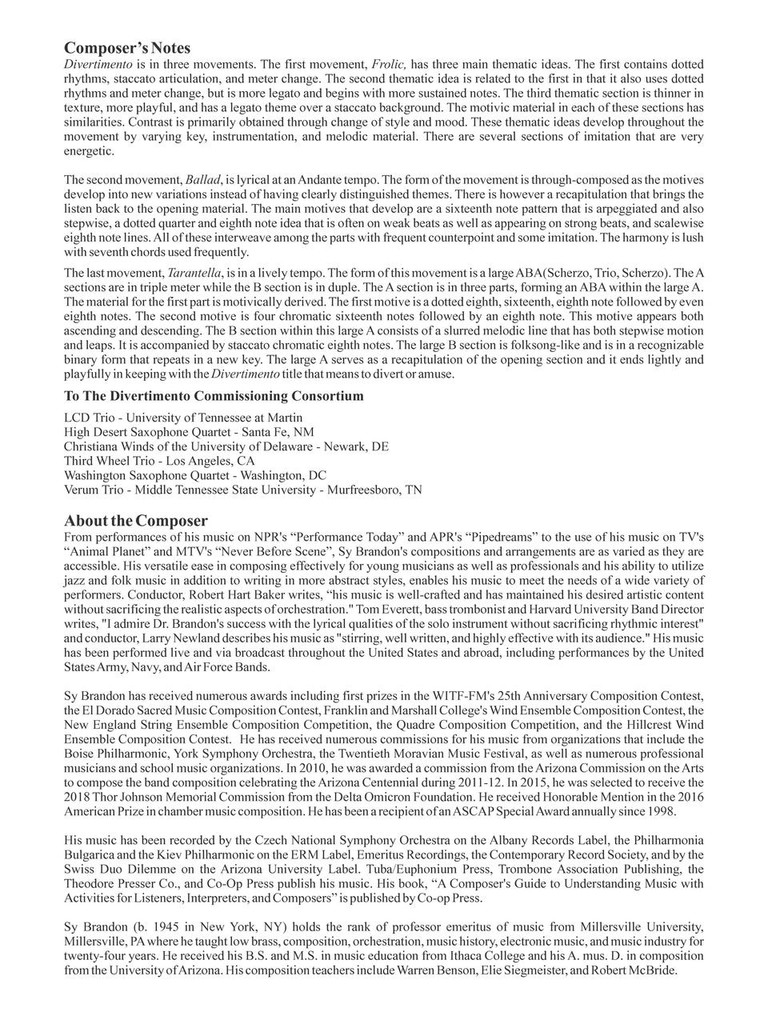 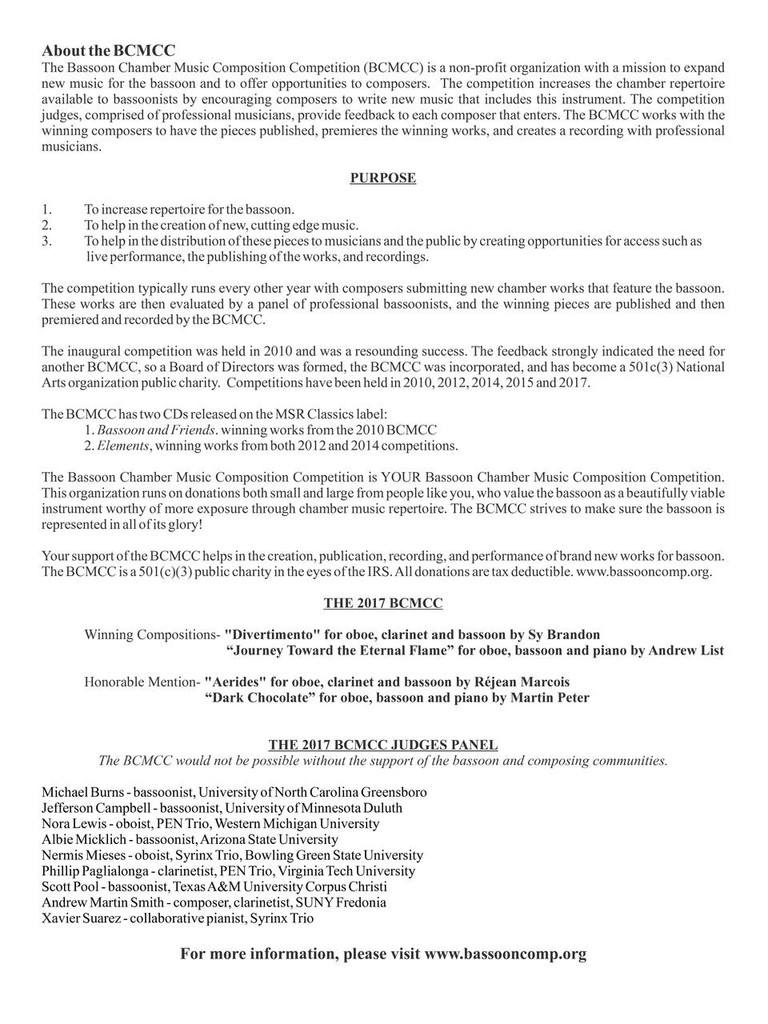 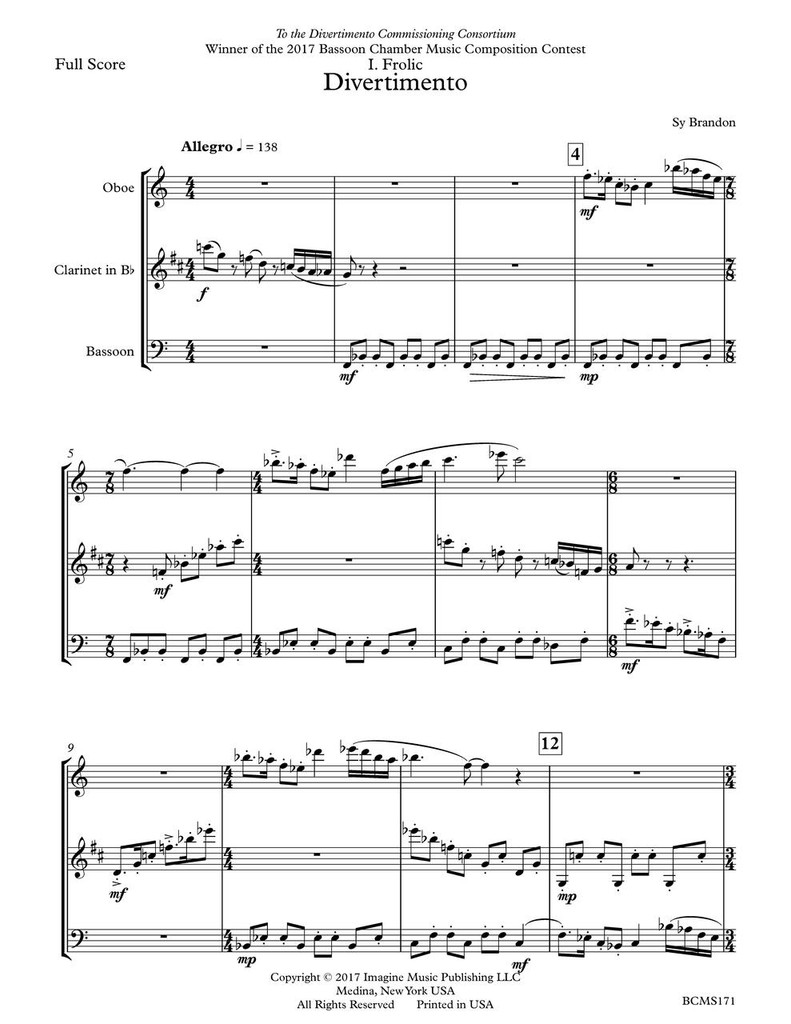 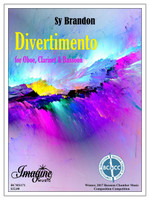 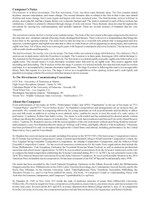 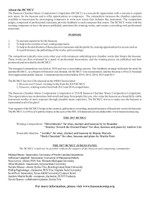 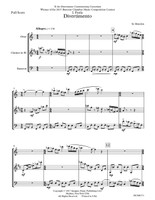 Divertimento is in three movements. The first movement, Frolic, has three main thematic ideas. The first contains dotted rhythms, staccato articulation, and meter change. The second thematic idea is related to the first in that it also uses dotted rhythms and meter change, but is more legato and begins with more sustained notes. The third thematic section is thinner in texture, more playful, and has a legato theme over a staccato background. The motivic material in each of these sections has similarities. Contrast is primarily obtained through change of style and mood. These thematic ideas develop throughout the movement by varying key, instrumentation, and melodic material. There are several sections of imitation that are very energetic.

The second movement, Ballad, is lyrical at an Andante tempo. The form of the movement is through-composed as the motives develop into new variations instead of having clearly distinguished themes. There is however a recapitulation that brings the listen back to the opening material. The main motives that develop are a sixteenth note pattern that is arpeggiated and also stepwise, a dotted quarter and eighth note idea that is often on weak beats as well as appearing on strong beats, and scalewise eighth note lines.All of these interweave among the parts with frequent counterpoint and some imitation. The harmony is lush with seventh chords used frequently.

The last movement, Tarantella, is in a lively tempo. The form of this movement is a large ABA(Scherzo, Trio, Scherzo). The A sections are in triple meter while the B section is in duple. The A section is in three parts, forming an ABA within the large A. The material for the first part is motivically derived. The first motive is a dotted eighth, sixteenth, eighth note followed by even eighth notes. The second motive is four chromatic sixteenth notes followed by an eighth note. This motive appears both ascending and descending. The B section within this large A consists of a slurred melodic line that has both stepwise motion and leaps. It is accompanied by staccato chromatic eighth notes. The large B section is folksong-like and is in a recognizable binary form that repeats in a new key. The large A serves as a recapitulation of the opening section and it ends lightly and playfully in keeping with the Divertimento title that means to divert or amuse.