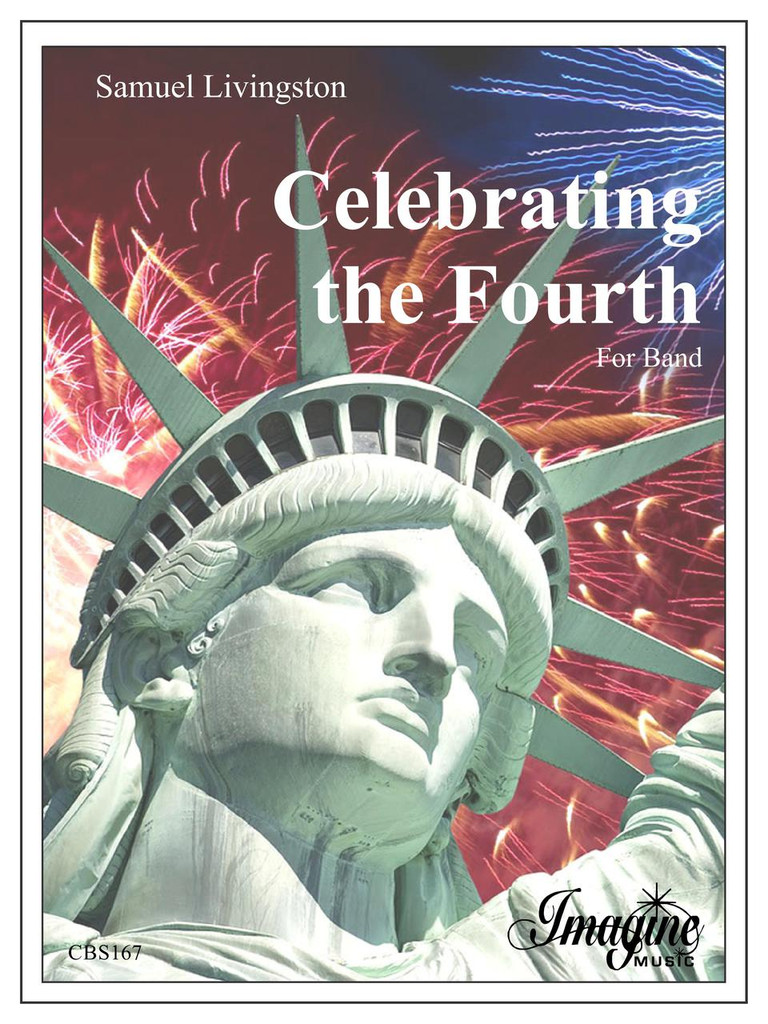 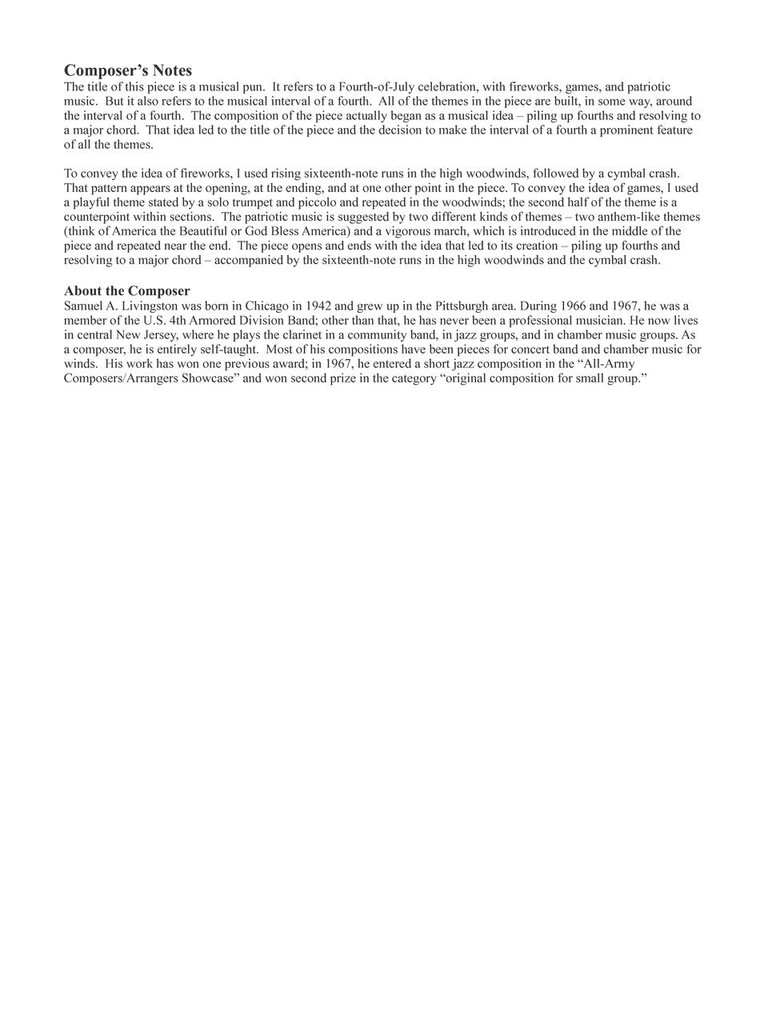 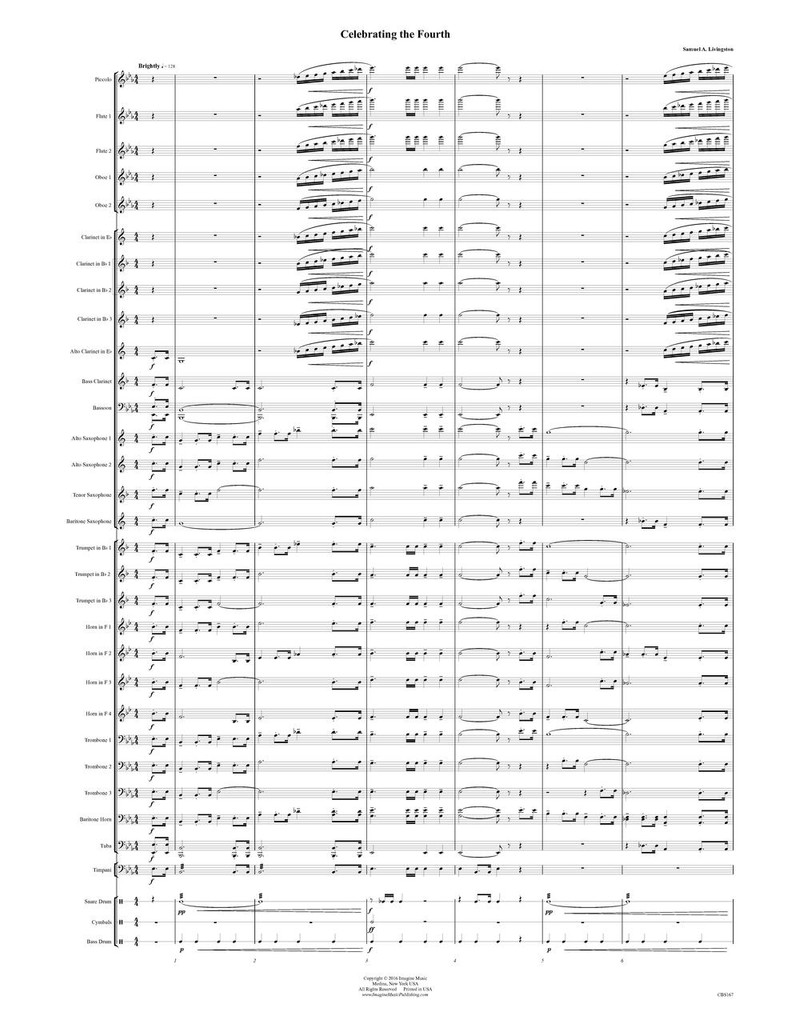 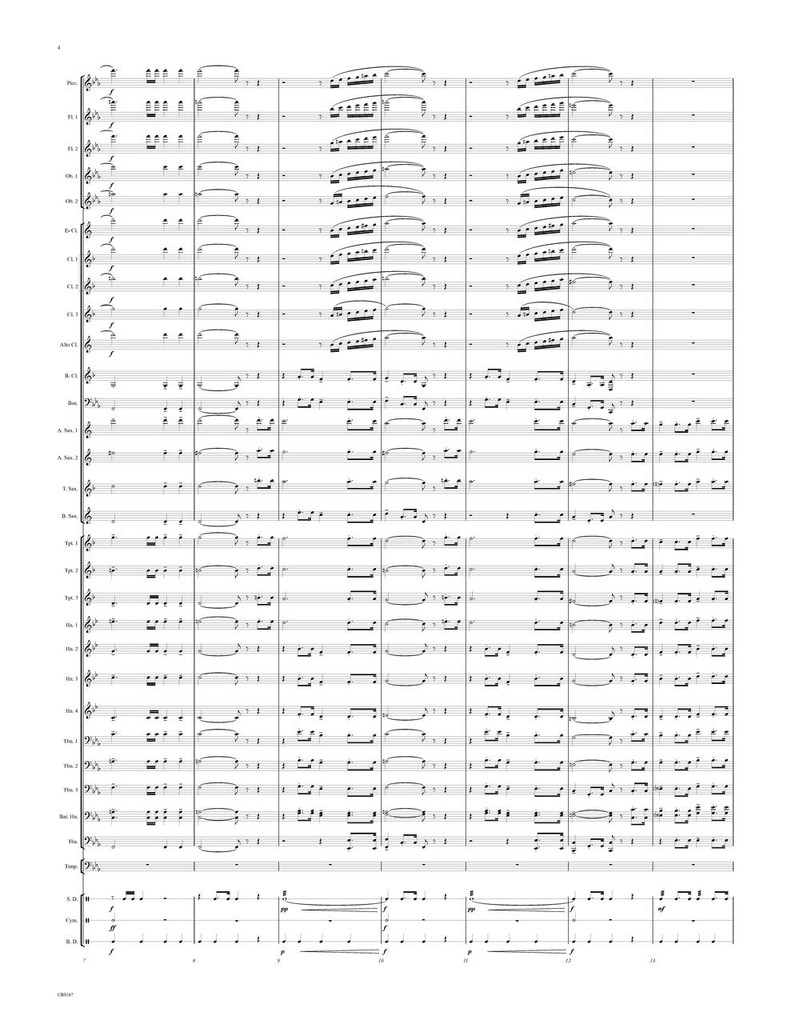 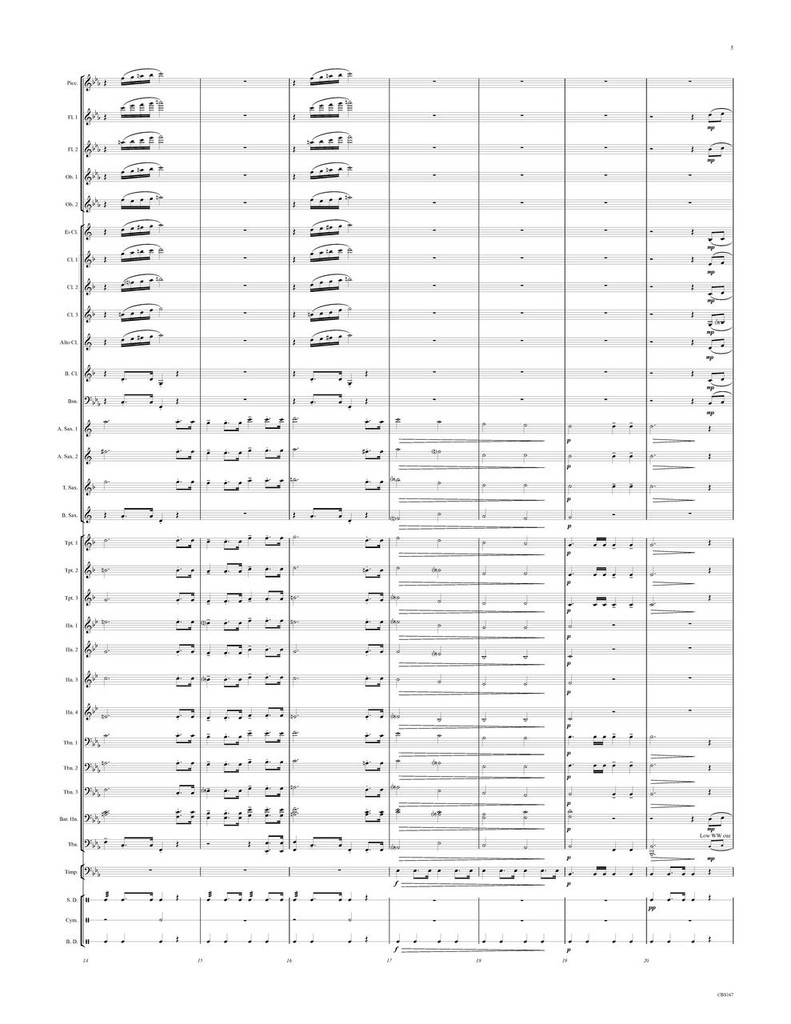 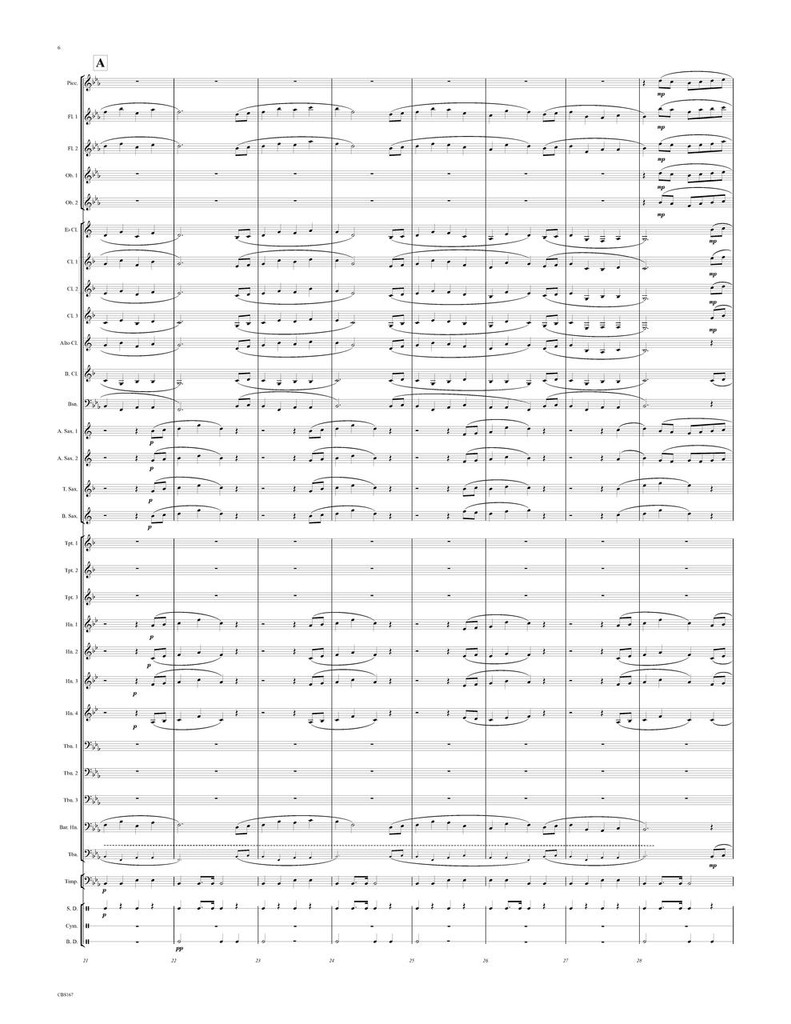 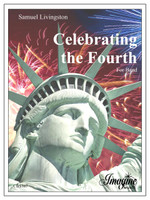 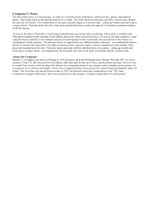 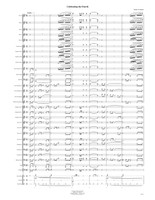 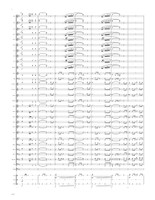 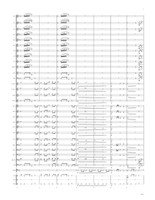 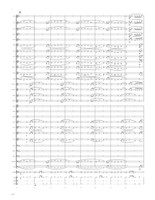 To convey the idea of fireworks, I used rising sixteenth-note runs in the high woodwinds, followed by a cymbal crash.  That pattern appears at the opening, at the ending, and at one other point in the piece. To convey the idea of games, I used a playful theme stated by a solo trumpet and piccolo and repeated in the woodwinds; the second half of the theme is a counterpoint within sections.  The patriotic music is suggested by two different kinds of themes – two anthem-like themes (think of America the Beautiful or God Bless America) and a vigorous march, which is introduced in the middle of the piece and repeated near the end.  The piece opens and ends with the idea that led to its creation – piling up fourths and resolving to a major chord – accompanied by the sixteenth-note runs in the high woodwinds and the cymbal crash.