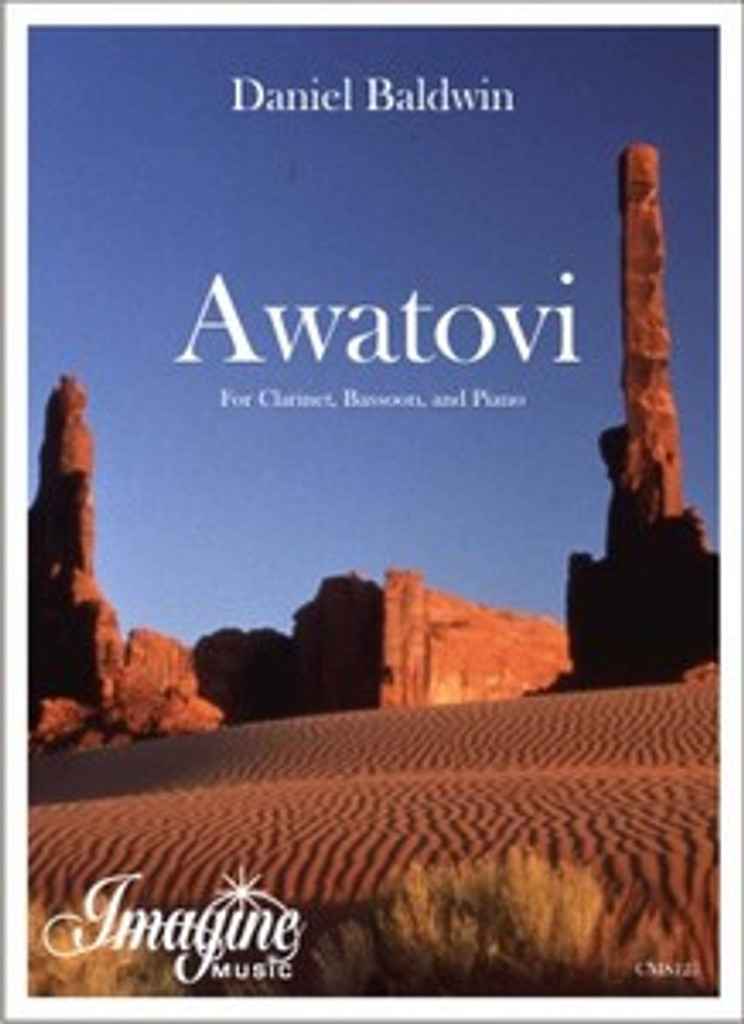 The Awatovi ruins, located in Arizona, were once a thriving Hopi village, in existence for over 450 years before their first visitors arrived in 1540; first by scouts, and then by the conquistador himself, FranciscoVasquez de Coronado. Awatovi, for over 150 years, enjoyed a fairly peaceful coexistence with the Spaniards afterward, but by 1700, finally came to a clash between traditionalist Hopi and the converted Catholics. The result was that the traditionalists massacred the converts and then destroyed the village. Symbolically, the fall of the village marked the end of Spanish interference in Hopi life. The opening line by the bassoon represents the mixed intentions of those first explorers led by Coronado, and is intended to convey both Spanish and Native American voices. It is also a vision of the future to come, a haunting foreshadowing of the beautiful yet barren ruins to come.

The next section is a jump back in time, a representation of Coronado's largely peaceful exploration throughout the southwest United States on his way toAwatovi. While Coronado's exploration was not without conflict, I chose to focus on the peaceful nature of his mission. There are two sections here: both are Spanish-flavored, but the first is representative of the exploration, while the second section is intended to suggest a campfire song reflecting what the journey might have been like at nighttime as they rested, chatted, and sang songs.

This leads into movement two: Kiva. The Kiva murals were discovered in theAwatovi ruins. They are paintings representing Hopi tribal rituals and ceremonies. I have used the style of NativeAmerican flute music to portray this. Next is the Bugle Call, or El Deguello, represented and played by the bassoon. The bugle call is notable for its use as Spanish battle music, such as its use during the 19th Century storming of theAlamo. Though not historically accurate, its inclusion is symbolic and reflects the spirit of theAwatovi massacre. The music shifts to represent the actual attack, which is portrayed by a very dissonant and dramatic transitional passage. Finally, Kiva circles back to the opening material in a different key, symbolic of the shift in perception from Spanish conquistador, to Hopi descendant.

Awatovi was written at the suggestion my good friend Ric Jones, and was supported by Richard Ramey and a consortium of oboe and bassoon players. Thanks to all of you for your vision and support of this project! The version for oboe, bassoon and piano was premiered at the Oklahoma SummerArts Institute by Elizabeth Knott and RodneyAckmann on June 19, 2012. The clarinet, bassoon, and piano version was premiered at the 2012 IDRS conference at Miami University of Ohio by Robert and Mary Nan Jordan on July 9, 2012.