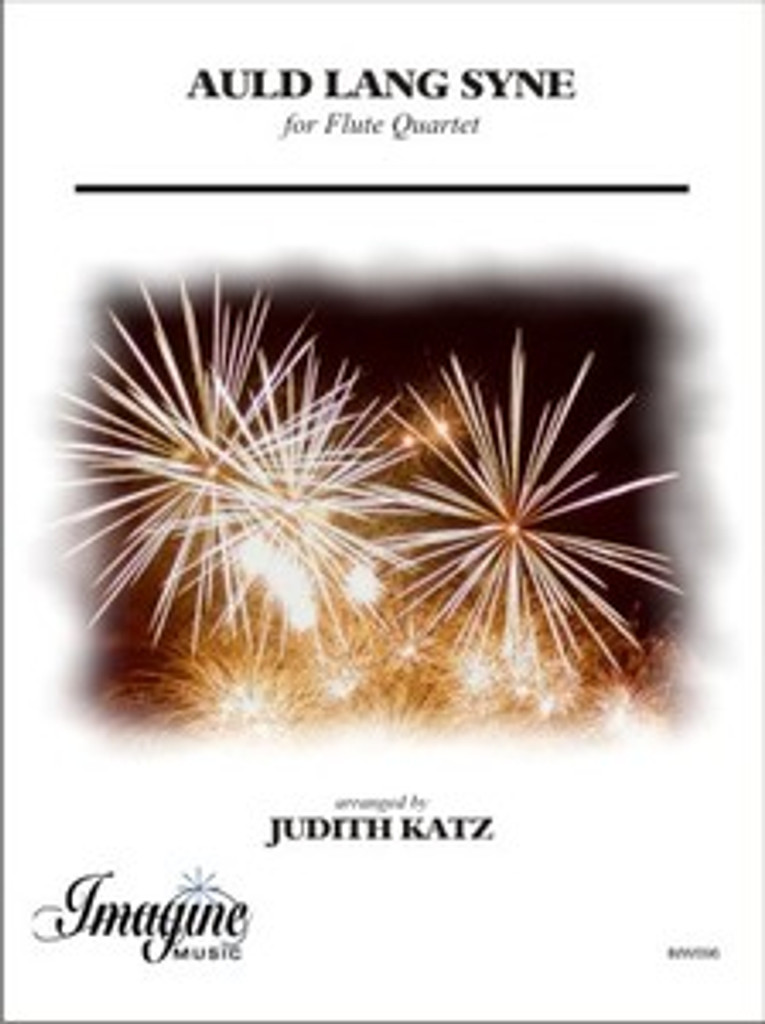 For Flute Quartet
By Judith Katz

Robert Burns, the famous Scottish poet wrote “Auld Lang Syne” and set it to a traditional folk tune in 1788. Synonymous with New Years Eve, the Canadian bandleader Guy Lombardo is often credited with popularizing the song in his televised broadcasts in the United States. Lombardo recorded the song more than once. His first recording was in 1939. A later recording in 1947 as issued as a single by Decca Records.

Many arrangements of the song have been done over the years, from solo instrumental to concert band. The gentle chord structure and slow tempo will be a good instructional tool to teach lyricism and tone quality in a young flute ensemble.